5 Nonfiction Books For The Fiction Lover On Your Christmas List

5 Nonfiction Books For The Fiction Lover On Your Christmas List

Generally, people who like books are pretty easy to buy gifts for. For a truly avid reader, you can just about always find some book that will be of interest, and you can feel good about the fact that the recipient will appreciate it, and eventually get around to reading it. The holiday season can complicate things a little bit though, simply because there’s competition.

This time of year, the untold millions of books that are other there tend to be narrowed down to lists and collections of the best of the past year. It’s actually a wonderful thing, because more often than not some really great reads rise to the top and gain recognition when they might otherwise have gone unnoticed. From a gift-giving perspective though, you may be tempted to get one of these books only to find that you’re not the only person who had the idea!

It’s not a huge problem, but one way to avoid it entirely is to zig while everyone else zags, so to speak. More specifically, if you’re looking for a gift for that someone on your list who adores good fiction, consider eschewing the style altogether and opting instead for a nonfiction read. On the surface it may not seem like the best idea, but to assume this is to shortchange nonfiction. The truth of the matter is that there are plenty of books in this category that might appeal.

These in particular stand out as nonfiction reads that, for reasons described below, might just be perfect for people who ordinarily stick to fiction.

1.) The Spider And The Fly by Claudia Rowe 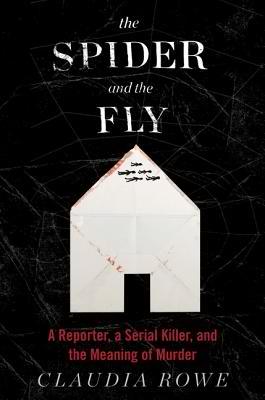 “True crime” is an explosively popular genre of narrative nonfiction these days, made noteworthy largely through television programs and podcasts. The Spider And The Fly is one of the best examples of the power of the genre though, and comes in literary form. This is a book written by Claudia Rowe to tell her own story of a multi-year with a convicted serial killer named Kendall Francois.

Rowe is unabashedly fascinated by the man and his crime (which involved eight bodies discovered in a family home), and spends the story attempting to define the darkness and locate any light inside of him, and in a subtler way does the same to herself. It’s the sort of nonfiction that makes you forget you aren’t simply reading fiction, and is as gripping as any thriller or mystery novel.

2.) The Devil In The White City by Erik Larson

The Devil In The White City has some true crime elements as well, though it’s best described as narrative history. This book tells the tale of the 1893 Chicago World’s Fair from two very different perspectives. One is that of Daniel Burnham, an ambitious and brilliant architect tasked with designing a city-scale exhibition to rival one previously put on by Paris, which brought the world the Eiffel Tower. The other is that of Dr. H. H. Holmes, one of the most notorious serial killers in American history, who happened to be stalking the periphery of the exhibition during the months when it was being prepared.

It’s a riveting tale from start tot finish, better than most fiction you’ll find, and also newly relevant, given a forthcoming film adaption Martin Scorsese and Leonardo DiCaprio have reunited for the project, with DiCaprio set to play the role of Holmes. 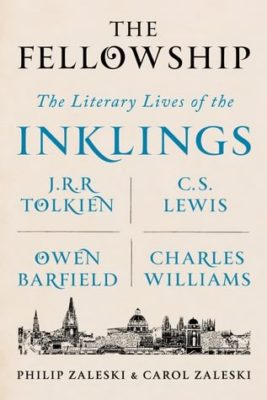 It’s not uncommon for the Lord Of The Rings trilogy to be recommended as holiday season reading. While the books don’t actually overlap with holiday themes in any way, there’s something about a nostalgic escape into a fantasy world so many of us grew up with that has endless appeal, and just meshes with the more relaxed vibes of December. If you have a fiction lover on your list who’s interested in The Lord Of The Rings though, this might be the perfect nonfiction book to give as a gift.

The Fellowship (full title, The Fellowship: The Literary Lives Of The Inklings) is an in-depth look at the literary club that produced some of the greatest works of fantasy and fiction in history. “The Inklings” was effectively a writing and ideas club consisting of J.R.R. Tolkien, C.S. Lewis, Owen Barfield, and Charles Williams, and this book tells of how they met, shared their work, and ultimately became legends.

Dangerous Odds can rightly be compared to Molly’s Game, which is a stunning memoir about an underground celebrity poker ring and the woman who ran it, and which was recently adapted to the screen by Aaron Sorkin (and starred Jessica Chastain). In this case it’s not a dissimilar tale, though the woman at the heart of the story – Marisa Lankester – participated in one of the biggest illegal sports betting operations in history.

In addition to being an exciting, daring story, it is, like The Devil In The White City, newly relevant. This is in part because of a forthcoming film starring Margot Robbie, but also because of America’s growing interest as a nation in the sports betting business. Shifting laws are bringing legal betting to the States, with the existing companies thriving in the UK ready and waiting to spill into American culture. This should only make it more interesting to read about the days of illegal betting and the incredible story of Lankester.

5.) An Astronaut’s Guide To Life On Earth by Col. Chris Hadfield

It’s safe to say stories related to space exploration are quite popular these days among fiction junkies. We seem to have just reached a point in human scientific development at which certain types of space stories feel like realistic fiction rather than sci-fi. As a result, projects like The Martian (the book and film), Artemis, and the film Gravity have been riveting in recent years.

An Astronaut’s Guide To Life On Earth is a perfect nonfiction read for anyone who is interested in this kind of material, because it chronicles a real astronaut’s experiences in space and relates them, in intricate ways, to life on Earth. The author, Col. Chris Hadfield, has logged more than four thousand hours in orbit, and has clearly spent a great deal thinking about… well, basically everything. It’s a fun, fascinating, surprising read.