Today on the blog we welcome author Robert Stone, with his guest post ‘Becoming a Deep Sea Diver‘ as part of the blog blitz for his book, ‘Chasing Black Gold’ which was released on the 9th June 2015. There is also a fab giveaway to enter at the bottom of the page, so keep scrolling.

Author Robert Stone first came to Aberdeen Scotland in 1973 as a pioneer saturation diver in the early dangerous days of the North Sea. Retiring from diving in the mid 80’s he became a serial entrepreneur – mostly on the wrong side of the law. He spent the next decade operating businesses all over the world from his Aberdeenshire home.

Stone earned and lost several fortunes, went to prison on three continents, used dozens of aliases, and masterminded one of the biggest marijuana smuggling operations in criminal history. Fuel smuggling in Africa, was only one of his many exploits.

His Scottish wife and young children knew nothing of the dark side of his life until the day they were all arrested in Switzerland as a result of an international manhunt led by an Organised Crime Drug Enforcement Task Force.

Chasing Deep Gold is the working title for next non-fiction book. It is a prequel to my book Chasing Black Gold and based on my commercial diving career in the 1970’s and early 80’s.

What follows here is little bit of how I got started in that industry.

At 11 years old I was working at my local swimming pool and one of the lifeguards brought in his scuba gear. He showed be how to use it and I went down in the shallow end. Looking in the drains at hair pins and band-aids fascinated me and I was hooked! I enrolled in a Course and did my first open water dive in a quarry in Ontario Canada.

I loved to read as a child and now was devouring everything I could on diving, coral reefs and the oceans of the world. I found ‘Diving to Adventure by Hans Hass in my school library and checked it out several times. It was about a couple German teenagers who went to live in Bonaire for a year spearing fish, living on the beach and taking underwater photographs. Wow! For a snow bound Canadian it sounded the ideal life.

I started to dream of life as a deep-sea diver earning a living diving beneath the seas. Anyone around me who listened derided my ambitions saying the average life expectancy of divers was only a few short years.

I worked on construction sites in the summers and after school which allowed me to save up some money which I spent on a one-way ticket to Andros Island in The Bahamas. A 15 year runaway and totally unprepared for life on my own on a beach. I was very luckily befriended by the Dive Master at a hotel who gave me a job which included a room.

I helped out on the dive boat and with all the work dockside for about 6 months before having to run away because Immigration had heard of an illegal worker and they were coming to arrest me! Fortunately for me there were a couple guys my dive master knew who were heading to the States in a fast boat and would drop me off at Bimini Island on the way.

The next year and a half I dove for fish and lobster which I sold to hotels. I then started work with a guy who owned a 60 foot ex-trawler that we went lobster fishing with down in the Ragged Islands off Cuba. We made several trips before the Bahamian Navy Gunboats got word of us and we almost got caught. Not wanting to end up in Fox Hill Prison we stopped while we were ahead.

I ran into the two guys who had given me that ride to Bimini. Turns out they were part of a huge pot smuggling organisation.  I ended up working with that group for a while before going back to my original dream of becoming a Deep Sea Diver.

One guy who befriended and advised me in those early years was a diver named Big John McLaughlin. He told me that working construction diving was a completely different type of diving and I needed to learn about it if I wanted to succeed. He gave me the details of a school he had worked at as an Instructor.  So I went to The Divers Training Academy in Florida to learn the basics of Commercial Diving. I then headed over to New Orleans!  I purchased all my own equipment and a van to put it in. I even purchased a drivers license as I didn’t have one!

I now had my own air compressor, diving umbilical, radio, Miller Helmet, wet-suit, weight belt etc… All the stuff John had told me would make me stand out from the average guy and get me started.  Had to lie about my age ( fake license came in handy) and also my Nationality as no insurance for under 18’s and no work permit as I was Canadian.

Got my first job in which was in The Mississippi River. What a difference to the Islands! In The Bahamas 200 foot visibility was the norm! Here it was pitch black three foot below the surface and the currents were 3 or 4 knots! I spent the next year in ‘The Big Muddy’ before moving out to the swamps and finally offshore where the big money was! 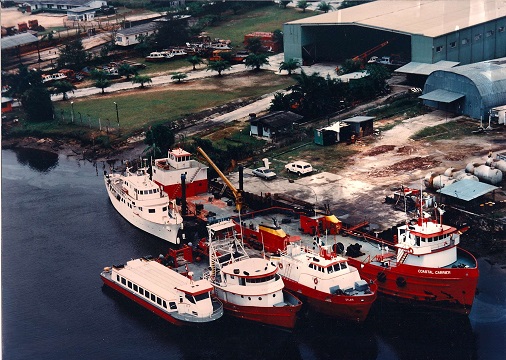 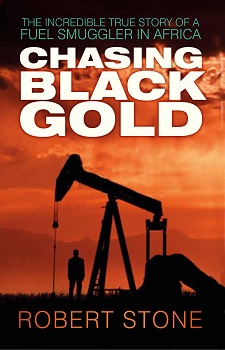 ROBERT STONE was a serial entrepreneur – an enterprising individual, mostly on the wrong side of the law, who spent twenty-five years operating all over the world, before being arrested in Switzerland as a result of an international manhunt led by an Organised Crime Drug Enforcement Task Force.

Over the course of his career, Stone earned and lost several lifetimes’ worth of fortunes, went to prison on three continents, used dozens of aliases, saw men die, and masterminded one of the biggest marijuana smuggling operations in criminal history.

Fuel smuggling in Africa, trading fuel with generals, rebels and businessman, was both his career high and, ultimately, what brought him down.

You can find out more about Robert Stone by visiting the website/social media sites below.