This week on ‘The Writing Life of:‘ I am thrilled to be interviewing author Sarah Kay Moll. Sarah will be sharing with us detail of her writing life, telling us all about her latest book ‘Dark City‘, which was released on 23rd July 2018, and answering a few fun questions too. 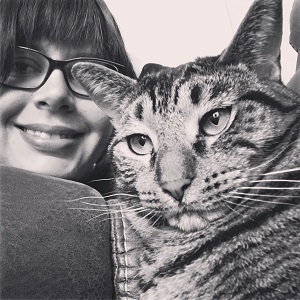 Sarah Kay Moll is a wordsmith and an amateur homemaker. She’s good with metaphors and bad with coffee stains, both of which result from a writing habit she hasn’t been able to quit. She lives a mostly solitary life, and as a result, might never say the right thing at parties. She’s passionate about books, and has about five hundred on her to-read pile. When she does go out, it’s probably to the library, the theater, or the non-profit where she works.

Sarah lives in a beautiful corner of western Oregon where the trees are still changing color at the end of November and the mornings are misty and mysterious. She spends her free time playing video games and catering to her cat’s every whim.

I wanted to be everything! One day I would dream of being an astronaut, the next, a professional chef. It didn’t occur to me that I could be a writer until I was much older.

Like most kids of my generation, I absolutely loved J.K. Rowling’s work. I was also a huge fan of John Steinbeck, and read every book of his they had in the school library.

When I was in the sixth grade, I wrote a story for a class about my dog, who had recently died. It made a lot of people cry, which I found very satisfying, and from there I realized it was a path I could take.

For a long time I kind of wandered around without much aim. I studied psychology in college to no particular end, and then got a graduate degree that I’ve never used. But one day I sat down to write this book, and just never stopped.

I measure my writing time in hours, rather than words or pages, because it can vary so much depending on how inspired I am. On days when I work at my “day job,” I’ll sit down for an hour before I go to work, and sometimes an hour after I get home. On my off days, I find a few hours throughout the day to write.

Nope. Pseudonyms are way too much work to keep straight. And I am proud of what I write and want to take credit for it.

I am a little like a method actor when it comes to writing. For example, in a book I’m working on now, one character gets injured and needs a cane to move around, so I bought a cane and have been walking around the house with it to see how you have to move and what it’s like.

On a computer. I can type 80 words per minute and cringe at the thought of how slow it is to work longhand!

I have two unpublished novels that I wrote in college. They were my “learning” novels. Just like anything else, you get much better at writing the more you do it, and I had to practice a lot to get to where I am.

Pantser all the way!

This is my debut novel. Concerning reviews, I think what I will do is have a friend or family member read them for me, and tell me if there is any constructive criticism in them that will help me become a better writer. I don’t want to just disregard them because often reviewers do have something valuable to say even if it’s not 100% positive, but I can be sensitive, so I think having that extra step will help. 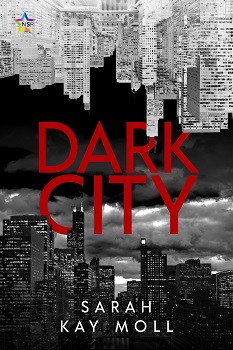 Jude has a tender heart. Yet he was born into a criminal empire and groomed from childhood to step into his father’s violent footsteps. To survive, he created a second personality. Ras is everything he isn’t—cruel, remorseless, and utterly without fear, as incapable of love as Jude is of malice.

But when Ras meets a ruthless socialite, he begins to feel a strange stirring of emotion, a brush of Jude’s passion against his own dark heart. Meanwhile, Jude finds himself with a knife in his hand, the evil in Ras’s soul bleeding into his own.

As the walls between them crumble, they could lose everything—their lovers, their family, and their hold on the dark city itself.

Let’s see…I came up with the idea for this book in one feverish night of writing in March of 2013. I was so excited about my new character that I stayed up until three in the morning hunched over my keyboard. A little more than five years later, my story is actually going to see the light of day!

The first thing I knew about Dark City – before I knew the plot or even most of the characters – was that the main character would be named Ras. I don’t really know where that name came from; it just kind of stuck in my head.

For other characters, I spend a lot of time on baby name websites, or sometimes just straight up steal them from other books or movies I like. Scarlett Bancroft’s last name, for example, came from this obscure cyberpunk book from the eighties. Little did I know they were going to make that book into a Netflix series just this year…

I like to think of them in Freudian terms: Jude as the ego and Ras as the id. That is to say, Jude is the part of ourselves we think of as “I,” the thoughts and values and ideals.

Ras is the subconscious, the part of ourselves we repress because it frightens and disgusts us, but also because we find its lack of control seductive.

Scarlett becomes the superego, playing the role of the authority figure who keeps the unconscious impulses under control and gives them an outlet.

Well, this one is definitely a spoiler, so skip it if you haven’t read the book yet!

The hardest scene to write was the one where Ras kills his father. I’ve written at least ten versions of that scene, some of them wildly different from the one that ended up in the final draft. His relationship with his father underwent a lot of changes over the years. It started out being purely antagonistic, but I found out it was much more interesting if there was love tying them together as well.

I stole it. I know, that sounds terrible, but when I came across the movie Dark City I just knew, that had to be the title.

My mom read it. I also have several friends who are writers, who were kind enough to thoroughly beta read it for me. Their advice was priceless, and I wouldn’t have been able to make the book shine without them.

It was a pretty simple process. I sent out a handful of queries, and NineStar Press accepted me. They’re such a great press to work with that it wasn’t a hard decision to go with them as my publisher.

Honestly? I cried a little bit. I was happy and I was also kind of sad to be finished with something I’d devoted four years of my life to.

Sequels! I’m not done with Ras, Scarlett, and Ash just yet!

A really well made chocolate cake or souffle with vanilla ice cream.

The Dark Knight. Christopher Nolan’s Batman movies were a huge source of inspiration for Dark City.

A vacation house on the Pacific Coast where I could go write and watch the ocean.

You can find out more about Sarah Kay Moll by visiting the website/social media sites below.

I would like to say a big thank you to Sarah Kay Moll for sharing with us details of her writing life, and for a wonderful interview.