Today on the blog we welcome author Laura Briggs to Whispering Stories with her guest post ‘Fun Facts about My Cornish Romance Series‘ as part of the blog tour for her book ‘A Wedding In Cornwall’ the first book in her Cornwall series, which was released on 11th August 2016. This post contains affiliate links. 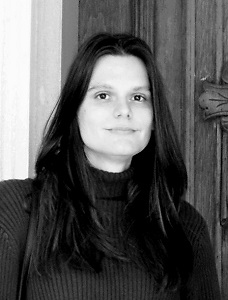 Laura Briggs is the author of several feel-good romance reads, including the Top 100 Amazon UK seller ‘A Wedding in Cornwall’. She has a fondness for vintage style dresses (especially ones with polka dots), and reads everything from Jane Austen to modern day mysteries.

When she’s not writing, she enjoys spending time with family and friends, caring for her pets, gardening, and seeing the occasional movie or play.

Thanks so much to Stacey for allowing me to share with the readers at Whispering Stories for the 3rd anniversary celebration of my romance novella A Wedding in Cornwall. The first in what turned out to be a twelve-book series, it followed the adventures of American event planner Julianne in her new life working at a manor house in a tiny Cornish village. It was lots of fun to dream up scenarios for this colorful setting and I had a lot of influence from real-life Cornwall, as well as other books, not to mention film and television, when I penned new ideas for Julianne’s world. I thought it might be awfully fun to let readers in on a few of the lesser-known facts about sources of inspiration for the series setting and characters—so here goes!

1) Even though he’s based on Aidan Turner’s portrayal of Ross Poldark, the character of Matthew was actually named for Matthew Crawford in ITV’s Downton Abbey. His surname of Rose is, of course, rather fitting for his profession as a gardener/botanist (and also happens to be the name of a hamlet in real-life Cornwall).

2) The model for Cliffs House was the real-life Pencarrow, the northern Cornish estate mentioned in Book 4 of the series, A Manor in Cornwall. Other influences for creating the atmosphere of the manor Julianne comes to think of as a second home include the grand houses depicted in such favorite British dramas as Downton Abbey and Upstairs, Downstairs.

3) The character of Dinah, the estate’s no-nonsense chef was a little inspired by a tough-but-fair female chef in the Hallmark Channel Movie An Ice Sculpture Christmas. Dinah’s baked goodies were one of my favorite things to create for the series and even got their own starring role in the plot of Book 5, A Bake Off in Cornwall.

4) Gemma, one of the young maids on the housekeeping staff at Cliffs House, was modeled after the physical characteristics of actress Emma Watson. The description for her friend and fellow maid Pippa, however, was inspired by a character from a Sleeping Beauty re-telling I co-authored in another genre.

5) And finally, one of my favorite behind-the-scenes facts—the description for the beloved cliffside view where Julianne and Matt share their most romantic moments was actually inspired by the scenery in a 1940s horror movie known as The Uninvited (I know, I know…apologies to my fellow Poldark fans!!!). The novel behind the movie was set in Devon, but for the Hollywood film version, they changed its location to … you guessed it … Cornwall.

So I hope this fun trivia will inspire some of you to check out Julianne’s adventures, now available in handy book bundle editions as well as individual novellas and paperback sets. And if you’ve already read and enjoyed A Wedding in Cornwall and its sequels, I hope you’ll be sure to check out my newest Cornish-inspired romance series, ‘A Little Hotel in Cornwall’. It features another fish-out-of-water heroine, but this time she has a quest, a secret, and a bit of a bumpy road in terms of both romantic and personal aspirations.

If you love feel good, flyaway reads with glamorous settings and a hero with a bit of a James Norton vibe, then it might just be your cup of tea!! 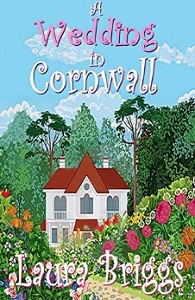 But life in Cornwall isn’t exactly as Julianne imagined it. Her first bride-to-be is a resentful, petted snob, the groom is immature and bored, and the Cornish staff of Cliffs House has a difficult time believing that an event planner from a mid-level position can handle a wedding this big. And then there’s a personal matter — the handsome, sometimes charming, sometimes standoffish gardener Matthew Rose. He and Julianne have a strangely complicated relationship somewhere between friendship and attraction.

But with a secret in his past, and a scheming bridesmaid plotting to have Matthew all to herself, will Julianne find a way to untangle her feelings and the problems of planning a perfect Cornish wedding? 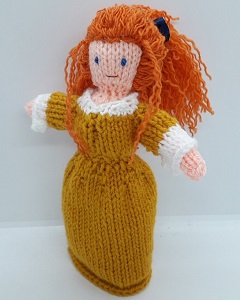 A wonderful keepsake for fans of all-things Poldark, this Demelza doll was made by Angela Blay, whose popular Knitdark creations have been featured on The Graham Norton Show. You can learn more about the Knitdarks at Angela’s Twitter page @kwerkyknits as well as her Etsy shop at kwerkyknits.

A specially designed case for a Kindle or Tablet featuring cover art from the series A Wedding in Cornwall. The final product’s size, image, texture, and color will depend on the winner’s device.

*Terms and Conditions – Worldwide entries welcome. Please enter using the Rafflecopter box below. The winner will be selected at random via Rafflecopter from all valid entries and will be notified by Twitter and/or email. If no response is received within 7 days then Rachel’s Random Resources reserves the right to select an alternative winner. Open to all entrants aged 18 or over. Any personal data given as part of the competition entry is used for this purpose only and will not be shared with third parties, with the exception of the winners’ information. This will passed to the giveaway organiser and used only for fulfilment of the prize, after which time Rachel’s Random Resources will delete the data. I am not responsible for dispatch or delivery of the prize.

You can find out more about Laura Briggs by visiting the website/social media sites below.

If you enjoyed reading ‘Fun Facts about My Cornish Romance Series’ please share your thoughts in the comment section below!