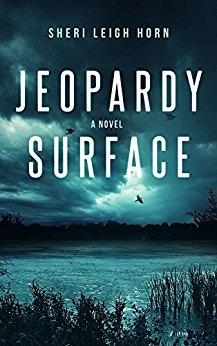 It’s the witching hour and Special Agent Regan Ross is having a WTF kind of night. Morning? How the hell did she get from her bed to her front yard? And why is she holding a loaded firearm? Sleepwalking doesn’t bode well for the rising star in the FBI’s Behavioral Analysis Unit, but whatever is causing her recent weight loss and bizarre nocturnal activities will have to wait. The phone is ringing. It’s probably her sister Erin, the surgeon who knows best, demanding to know her plans for the holidays. Why would this year be any different? They’ll spend the somber anniversary and Christmas like always—drinking too much, watching Turner Classic Movies, and not talking about their dead parents. Caller ID provides yet another surprise.

Hearing Special Agent Robert Haskins’ voice for the first time in six months has Regan reeling. The mention of Maryland’s Eastern Shore conjures images of Jennifer Abbott, the student-athlete whose disappearance from a small campus is national news. There are complications. For starters, her areas of expertise—geographic profiling and predictive analysis—require a lot of information from a series of crimes. Single murders typically aren’t her purview and involving herself in an investigation to which she has not been officially assigned would cause her supervisor’s head to spin off. She should say no, but there’s too much residual guilt where Rob Haskins is concerned.

Regan Ross knows bad, and this one is BAD. The killer has left the mutilated body and a cache of troubling clues at a remote farm and posted the coordinates of the cache on a popular geocaching website. Is he taunting investigators? Expediting the discovery of his work? Both? The calculated modus operandi and uniquely sadistic signatures are not the work of a novice, and Regan is sure of one thing: he will kill again.

Jeopardy Surface tells the story of Regan Ross, an FBI agent who is no stranger to trauma in her life, starting at a young age when she witnessed both her parents die. However, her mind is a blank about the event and she does not remember the details surrounding their deaths. Following her parents deaths, Regan and her older sister Erin, went to live with their Aunt Tabitha.

As she grew older, Regan joined the military, and then later the FBI, becoming a Special Agent. In both jobs she again suffered traumatic experiences, and again she didn’t remember the details about what happened, it was like time was missing from her mind.

Regan’s sister Erin is a doctor, and her daughter Lanie is considering dropping out of medical school to follow her Aunt Regan’s career path. Her mother is not particularly jumping for joy over this prospect. But then something traumatic happens that changes everything.

This book gripped me from the very beginning. I particularly liked how the main characters traumatic experiences were used, so that the author did not have to explain every detail, and if the reader desired, they could fill in the blanks in Regan’s memory.

The plot is filled with a lot of traumatic experiences, but it is written so skilfully that there is no need for the gritty details. I have to say that I thoroughly enjoyed the book. Once I started reading I could not put it down. For that reason I award it four stars.

Sheri is also a co-founder and publisher at Perpetuity Publishing.