Today on the blog we welcome author Jackie Carreira, with her guest post ‘How much has changed in 50 years?‘, as part of the blog tour for her latest book ‘Sleeping Through War’ which was released in 16th January 2018. 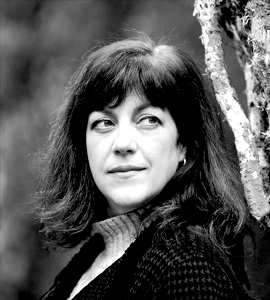 Jackie Carreira is a writer, musician, designer, co-founder of QuirkHouse Theatre Company, and award-winning playwright. She mostly grew up and went to school in Hackney, East London, but spent part of her early childhood with grandparents in Lisbon’s Old Quarter. Her colourful early life has greatly influenced this novel. Jackie now lives in leafy Suffolk with her actor husband, AJ Deane, two cats and too many books.

How much has changed in 50 years?

Sleeping Through War is set exactly 50 years ago, during one of the most volatile and world-changing years in our history. It tells the story of three different women, living in different countries, who are trying their best to live ‘ordinary’ lives in an extraordinary time.

When the book was first published in February, I was asked by a local journalist what had changed for those women, and what their lives might be like today. It was a great question. This was a face-to-face interview, so I had to answer off the top of my head, but I’ve been thinking about it ever since…

Rose is a nurse from St Lucia, living in the East End of London. She travelled from her home to England, like many others, including those known as the ‘Windrush’ generation. They came in search of a better life. What they found was not quite what they expected. My parents too came to London from Portugal as immigrants in the 1960s. They remember the signs in windows that read: ‘No blacks, no dogs, no Irish.’ It was the year that Enoch Powell made his famous ‘Rivers of Blood’ speech, and Rose faces the kind of casual racism that was common. She faces her challenges with dignity because she loves her job and knows that what she’s doing is worthwhile. It’s recognised now that without the army of nurses like Rose, we wouldn’t have a national health service.

In the media this year, and particularly since the Brexit vote (and I’m not getting into the politics of that!) we see regular reports of growing tensions around immigration; the rise of race-related crimes; and crisis in the health service, not to mention the recent scandal surrounding the same ‘Windrush’ generation and their children. So, how much has changed for Rose? Sadly, the answer would be not much. At least the signs in the windows are gone!

Mrs Johnson lives in Washington DC. She is a ‘normal’ suburban housewife and mother of two, keeping the house clean and volunteering in the community. Her life would be unremarkable except that her son is fighting a war in Vietnam. This was the first war to be beamed into people’s homes. Images and news reports came in from the front line and the horror of war was played out live on TV. In 1968 Vietnam was at its height and 53,000 people were killed or wounded during the month of May alone. Protests and demonstrations grew, and those soldiers who did come back did not receive a hero’s welcome.

50 years later, images of war in faraway places have become so common that we’re hardly shocked any more. But the wars continue and mothers wait for their sons to come home. They have to wait quietly, patiently, like Mrs Johnson. They might increasingly question the validity of the conflict, they may even disagree with the reason for fighting, but they are still mothers, and it’s still their children. Perhaps that will never change.

Amalia is a young war widow, living in Lisbon at a time when Portugal was a dictatorship under Salazar. For her, there was no welfare and little work for women to be able to earn a decent wage without male support. Everything she does is for her son, and her hopes that his life would be better than hers, whatever it costs. Even if it costs herself.

Since the revolution in 1974, Portugal has become far more stable. The country has gone from having the highest illiteracy rate in Europe to being one of the most up-and-coming destinations for young entrepreneurs. Even their state pension is more generous than the UK. Today, an intelligent woman like Amalia would have the opportunity of a variety of jobs, and a widow’s pension. Her life would be very different, but sadly there are millions of women around the world still struggling with the issues she faces.

Sleeping Through War is about women of a certain time. For many like them, their lives are better today, but for a growing number in other parts of the world, nothing has changed, and for some it’s worse. It’s about women, but it’s not written just for women. For most of us, perhaps with the exception of the super-wealthy, no matter what is happening in the world, life and all its daily challenges, still has to go on as normal.

Jackie will be doing a talk about ‘all things 1968’ plus a book signing on Wednesday 26th September at 2.15pm at Ipswich County Library in Suffolk.

Plus a book signing at Waterstones in Chelmsford, Essex on Saturday 29th September from 11am-2pm. 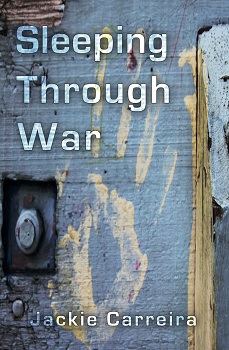 It is May 1968. Students are rioting, civil rights are being fought and died for, nuclear bombs are being tested, and war is raging in Vietnam.

For three ordinary women in Lisbon, London and Washington life must go on as usual. For them, just to survive is an act of courage. How much has really changed in 50 years?

You can find out more about Jackie Carreira by visiting the website/social media sites below. 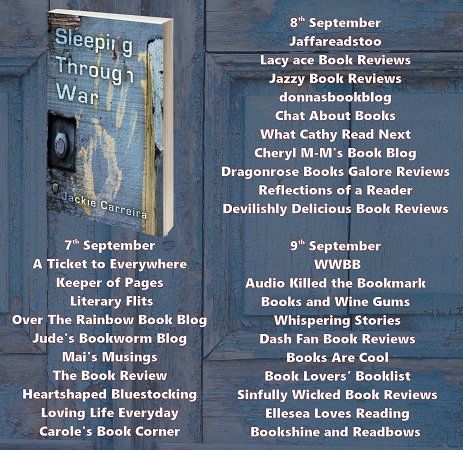