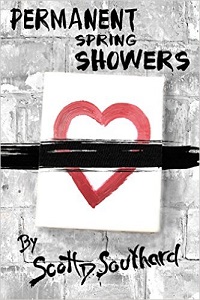 Professor Rebecca Stanley-Wilson is having a very bad season. Her husband has just admitted to having an affair. And it was with one of her students. Blame it on a desire for revenge (or way too much alcohol), she then has had one of her own.

Unfortunately for her, her affair was with one of the great upcoming painters of his generation. The ramifications of that one torrid evening will not only be felt across her life but over the entire art world.

Sexy, funny, and very surprising, ‘Permanent Spring Showers’ is the tale of one very memorable springtime and how it impacts a group of unique artists and dreamers. From the writer who is creating a new literary movement (through outright manipulation) to the hopeful Olympian with the failing marriage to the romantic wondering what he did wrong to drive his love from him, each tale walks the line between reality and fantasy. And waiting at the end of the line is a very important painting… and possibly the revolver used in the Lincoln Assassination.

Professor Rebecca Stanley-Wilson is out for revenge after her husband, Bob, admitted to having an affair with one of her students.

Determined that an eye for an eye is the best course of action (after a few drinks), Rebecca has the perfect opportunity when she meets up with Vince, a sexy up and coming artist, at a conference in Chicago, and thus their affair begins.

But can Rebecca and Bob live with the consequences of their actions?

This book is a heart-warming and thought-provoking tale about the consequences that our actions have, not just on ourselves, but on others around us too.

The book has many secondary characters, and not only does it delve into Rebecca and Bobs personal lives, it also delves into theirs’s too. The story mainly surrounds their emotions, problems, troubles and honesty issues.

The secondary characters actually played a bigger part in the book than the main two. These were the ones that kept the story alive and the book moving along at a nice, even pace.

Permanent Spring Showers is an engaging and powerful read, that will have you questioning your own actions in life, and may just have you changing some of them. 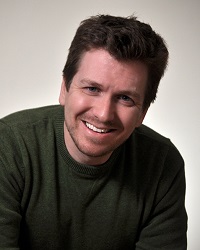 Scott D. Southard is the author of ‘A Jane Austen Daydream’, ‘Maximilian Standforth and the Case of the Dangerous Dare’, ‘My Problem With Doors’, ‘Megan’, and ‘3 Days in Rome’.

His eclectic writing has also found its way into radio, being the creator of the radio comedy series ‘The Dante Experience’. The production was honored with the Golden Headset Award for Best MultiCast Audio and the Silver Ogle Award for Best Fantasy Audio Production.

Scott received his Master’s in writing from the University of Southern California. Scott can be found on the internet via his writing blog “The Musings & Artful Blunders of Scott D. Southard” where he writes on topics ranging from writing, art, books, TV, writing, parenting, life, movies, and writing. He even shares original fiction on the site.

Scott resides in Michigan with his very understanding wife, his patient two children, and a very opinionated dog named Bronte.