The Writing Life of: Jan Brigden

This week on ‘The Writing Life of:‘ I am thrilled to be interviewing author Jan Brigden. Jan will be sharing with us detail of her writing life, telling us all about her latest book ‘As Weekends Go‘, which was released on 7th September 2016 and answering a few fun questions too.

So without further ado, let me introduce you to Jan. 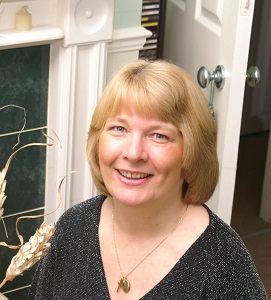 I write contemporary fiction – romance at heart, spiced with emotional fireworks aplenty – and signed with Choc Lit after my debut novel, As Weekends Go, won the Choc Lit and Whole story Audio Books Search for a Star competition in March 2015.

I live in South East London with my husband and motley crew of cuddly toys and have written for pleasure from a young age; short stories for classmates, odes for workmates, fun quizzes for family and friends, progressing to my novel, the idea for which sprang from a script I composed as part of a creative writing course assignment via The Writers Bureau. Following much secret plotting, research and feigning of passion for the customer accounts I was supposed to be reconciling during the day job, the chance finally arose to put pen to paper.

Equipped with a beady eye for detail, I also enjoy freelance proofreading and have quietly been expanding my client portfolio, working on several novels/novellas for friends and acquaintances.

There was no one specific moment really, I just knew from a young age that I liked creating scenarios in my head, was forever writing little notes to my parents and grandparents, or making up mini plays whereby my younger sister and I would act out each scene in front of Mum and Dad and our older sister. I also knew I loved reading enough to try and produce a book of my own one day.

I’d been writing and submitting short stories and magazine articles in my spare time without much luck, later realising that me and short stories didn’t really gel. I subsequently enrolled on a creative writing course via the Writers Bureau. I had a mentor who marked each assignment I completed (part fiction, part non-fiction) and the feedback I received for the fictional parts, in particular, spurred me on to take my writing more seriously.

I began plotting and slowly drafting my novel and later learned of and joined the Romantic Novelists Association’s New Writers’ scheme which enabled me to submit my manuscript for critique, in part the first year, then in full the second. I received a glowing report with some brilliant advice on how and where to strengthen the novel which set me up nicely to submit to agents and publishing companies.

During this period, my novel won the Choc Lit Uk Search for a Star competition, the prize being my contract with them for As Weekends Go.

I don’t really have an average writing day as I work from home anyway (looking after my husband’s decorating business admin among other things) although I do find I’m more alert and creative in the mornings. I have actually been known to wake up at 3am with an idea or two lurking, hotfoot it into the lounge with a cup of tea, and get cracking before I forget what it was that motivated me.

Generally Longhand first, then type it up on the computer, although I’m trying to wean myself off Longhand a bit more as I have to decipher half of it afterwards where my brain is thinking faster than I can write and it ends up looking like a jumbled great scrawl.

Having only written the one book so far, I’d have to say my non-stereotypical footballer Alex Heath who was a dream to write.

As Weekends Go was plotted to within an inch of its life, whereas the sequel that I’m drafting at the moment is a bit of both. I loosely know where it’s taking me and what dilemmas my characters will face, but I’ve left room for plenty of diversions. Sometimes a character pulls you up short halfway through a scene and demands a rethink – literally speaking, of course.

What if your entire life changed in the space of a weekend?

When Rebecca’s friend Abi convinces her to get away from it all at the fabulous Hawksley Manor hotel in York, it seems too good to be true. Pampering and relaxation is just what Rebecca needs to distract herself from the creeping suspicion that her husband, Greg, is hiding something from her.

She never imagined that by the end of the weekend she would have dined with celebrities or danced the night away in exclusive clubs. Nor could she have predicted she would meet famous footballer, Alex Heath, or that he would be the one to show her that she deserved so much more …

But no matter how amazing a weekend is, it’s always back to reality come Monday morning – isn’t it?

Too long! Mainly due to my dithering over the novel and endlessly tweaking it, the fear factor being my biggest enemy, really. Once I’d plucked up the courage to submit it, though, the actual acceptance to publication day was about a year and a half.

Yes, I definitely had those days where the brain fog descended and I’d only write half a dozen lines in a day, all of which usually had no bearing whatsoever on my story. Thankfully I’ve now learned to not sit there staring at a blank screen or page, and instead go for a walk or do some exercises which usually unlocks the ideas again.

With Rebecca, I’d settled on three potential character names, all of which I really liked, so I canvassed opinion among friends and relatives of different ages as to which name caught their eye the most, and all but two of the ten people chose Rebecca Stafford.

For my male lead, Alex is one of my favourite names, so that was easy and his surname Heath just seemed to fit.

11) If your book was made into a film, who would you love to play the lead character(s)?

Ooh, it’s so hard to pick … For Rebecca it would probably be either Lily James or Sienna Miller, and for Alex – funnily enough I had a young Brad Pitt in my mind as I wrote him, but with respect to Mr Pitt, it would have to be someone younger, so I’d probably say either Chris or Liam Hemsworth.

My best friend read a very early draft and gave me some great and very honest feedback. Once I’d edited and strengthened it, a couple of my writing buddies then read part of it and gave me their verdicts. Then, as mentioned above, it went off to the New Writers’ scheme for a full critique.