The Theatre of Dreams by Rosie Travers – Book Review

The Theatre of Dreams by Rosie Travers – Book Review 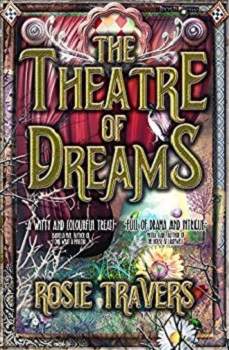 The Theatre of Dreams

Musical theatre actress Tara is down on her luck and in desperate need of a job.

When terminally-ill octogenarian Kitty invites her to take over the running of her former dance academy in the old-fashioned resort of Hookes Bay, Tara thinks she’s found her guardian angel.

But it soon becomes very clear Kitty is being far from benevolent.

Too late, Tara realises helping Kitty will signal the end of an already tarnished career, unless she can pull off the performance of a life-time…

Actress Tara Wakely had one too many and ended up in bed with a man that had been making eyes at her all night. Turns out that the man was a tabloid journalist and was using underhand tactics to get Tara to dish the dirt on her former lover and director and his new girlfriend and leading lady.

With Tara hitting the front pages of the newspapers, in not a good light, she is dropped by her agent and from the role she was currently playing and needs to lie low for a while.

Elderly and terminally ill Kitty Barker needs a new dance teacher for her dance and music academy and sets her sights on Tara. She offers her the opportunity to get out of London, change her appearance, and her name, and teach the children of Hookes Bay.

Tara agrees to the job, how hard could it be to teach young children how to dance? But Kitty isn’t showing all her cards and is hiding something from Tara. Whilst Tara is hiding who she really is from everyone else.

Can Tara save her reputation by lying low for a while, or has she just made a huge mistake?

The Theatre of Dreams is author Rosie Travers debut novel and what a novel it is. I’ll admit at the beginning I wasn’t sure whether I was going to enjoy the book, not because of the storyline, but because it is told from dual points of view, something I try to avoid as I’m not really a fan of them ( I didn’t know it was dual POV until I started reading). I often find with dual (or multiple POV) that the books don’t flow well with the constant switching of characters. However, the chapters were quite short, especially Kitty’s, which meant that this book actually did flow well and I had no issues reading it.

The characters are really what makes this story come alive, they each have passion and warmth, that and the wonderful seaside town setting. If you can think of a seaside town you used to visit as a child that no longer gets the attention and the tourists it deserves, that is Hookes Bay. The place has been overlooked for some time and Kitty wants to bring back some of the glory the place used to have. Whilst housing developments want to knock down the historic town and fill it with residential properties.

The book is about two strong women who are very determined to do what they think is right. It is beautifully written and the descriptiveness of Hookes Bay had me standing right there – it actually reminded me of a part of Blackpool that gets overlooked and people seems to miss out. I enjoyed it immensely and will miss both of the characters I’d come to adore.

I like to write stories with a twist, a sprinkling of humour and a dash of tragedy. My aim is to entertain and raise a smile.

I’ve always had a very vivid imagination and my passion for writing began at a very early age. As a teenager I scribbled, then typed, numerous novels and short stories, none of which I was ever brave enough to show to anyone. My hobby was put on hold while mortgages, marriage, and motherhood took over. In fact, it stayed hidden for a good twenty or so years until I unexpectedly found myself with some spare time on my hands.

In 2009 I left the UK to accompany my husband on an overseas work assignment to California. I started a blog about my life in the US, and from there everything mushroomed. I re-discovered my creative juices. I am a member of the Romantic Novelists Association New Writers Scheme and Hampshire Writers Society. I now live on the south coast of England with my husband and a very spoilt cat.

The Theatre of Dreams is my first novel. 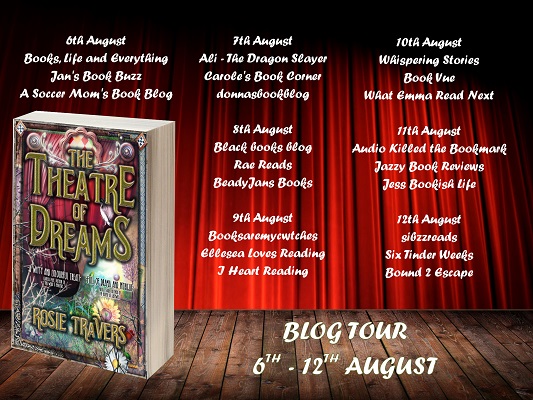