The Writing Life of: Daisy Banks

This week on ‘The Writing Life of:‘ I am thrilled to be interviewing author Daisy Banks. Daisy will be sharing with us detail of her writing life, telling us all about her latest book ‘Mother’s Day Magic‘, which was released on 28th February 2016, and answering a few fun questions too. This post contains affiliate links. 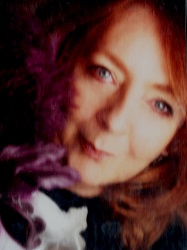 Daisy Banks is a romance writer. She write sweet, sensual, and sexy romance with a bit of a bite. Daisy love writing fantasy stories and letting her mind run free with them. She also write paranormal stories and historical tales.

Daisy Banks was born in the Black Country in the West Midlands in England. She is very proud of that heritage. Her home is in Staffordshire and she splits her time between caring for her mother and writing.

Daisy Banks has retired from a career in teaching and can now concentrate on other things. Her inspiration to write is one of long standing and she continues to develop those skills as an author to tell the stories in her mind.

She always hopes the stories she writes give readers enjoyment.

My first stories were recorded when I was about four. I was too young to have learned to write so they were taped.

As a child I wrote for fun and for school work and one of my dreams was to be a writer.

Events didn’t allow me to attempt to gain my ambition for a long while. An illness forced me to give up my job in teaching some time ago and it was only then the thought of writing returned. I grabbed the idea and went with it.

I wrote. As I started out with a head full of stories I discovered I knew nothing about what I was trying to do. I’ve read so heavily over many years I didn’t think it possible for me to be so ignorant of how to write, but I was utterly at a loss. Mostly it was the mechanics of how to make a story set right on the page, pacing, dialogue, conflict, tension, you name it I had to learn it or recognise it by name. Some years on I’m still learning every day.

I tried to find people who might help me improve and discovered some generous and talented people who helped me in so many ways. I am deeply thankful to them for their kindness and for the very great pleasure of working with them.

Since then I’ve continued writing and each book completed has its own lessons, but this is only half of the story. The other section is the business of publishing and marketing work which is a whole new world in itself.

I enjoy all kinds of books and always have done since I first began reading. Some of those books are like old friends. I do have a fondness for Tolkien but there are many other authors I also enjoy and find inspirational.

I’m an early riser. I’m up at about six each morning, but because I look after my mom and have to help her with breakfast and getting ready for the day, so I don’t start writing work until about ten.

I work for as long as I can until it’s time to make lunch and then again after until about five.

I don’t tend to work much in the evenings unless I’m on a tight deadline or the muse is demanding I write. Sometimes I listen to music as I write, sometimes I use incense, and sometimes I down tools and go for a short walk while I think through things.

I work at the computer. I try to get something written on one story or another each day. I usually have about three different things I can work on depending on how I’m feeling or on pressures for deadlines.

I like to have more than one thing because if I am a bit stuck on something I can leave it for a couple of days until my head has sorted out a fix for the problem.

I can’t really count the characters in December Roses as they are my observations from memories of real people, so I suppose I’ll have to look at my other stories.

I am immensely fond of Stephen Grafton who appears in Christmas Carols. He is such a forceful character, opinionated, difficult at times, but also very empathetic. I enjoyed Stephen.

At the other end of the extreme I have a certain regard for Franklyn Gorsewell, the bad man in the Timeless series. He took me places I didn’t think I’d ever go and even if he is an evil individual and about to get worse in book three of the series, I’ve learned things from him.

There are times when I wing it completely, pantster style. I find it a great joy to let the words flow when an idea comes, often as a picture in my mind and I write from the image. Writing that way is okay if the visual is strong but it can get a bit twisty if the image is from half way in a story.

I sometimes make rough notes or have a set of key words to shove me along but I don’t plot out in the detailed way some authors use. The drawback to writing the way I do is I spend a lot of time editing but find this is the way I work best at the moment. I don’t believe there is any right or wrong way to work. Each author finds the best way for themselves.

I do know other authors who plot meticulously, with character plans, development arcs, action plans, chapter focus points and hugely detailed notes. I did try the method as I thought it might make me faster, but I found the characters grew out of the plotted material and refused point blank to do what I’d thought they should. I fought with them over it and basically they won because what they wanted was much more powerful than I’d imagined it might be. I know having characters boss the scene might sound odd but believe me it’s happened more than once.

December Roses is in the Mother’s Day Magic Anthology

Every mother’s heart holds a bit of magic…her children’s love.

Enchantment awaits in 12 new, previously unpublished-stories, by #1 bestselling and/or multi-award winning authors from across the globe. Captivating tales of romance or fiction fashioned from loving memories, these poignant stories are sure to touch your heart.

10% of proceeds from this anthology will go to the National MS Society for research. 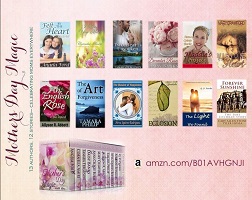 The whole thing took about three months. December Roses is a short story in an anthology of twelve stories dedicated to mothers.

I was delighted to be invited to take part in Mother’s Day Magic, especially as some of the proceeds go to charity. The experience of working with such a talented group of authors has been wonderful.

My story December Roses is based on actual events and on the recollections my mother has of a beautiful day she spent with my father. Events took a turn for which neither of my parents, who weren’t married at the time, had planned, and they had to find a suitable solution to a difficult problem.

Not on this story. This flowed quite well and if I ever got a bit bogged down in the details I could always ask my mother about her day. Of course, a lot of the story is a fictional representation of my mother’s memories.

I found working on the story quite an emotional experience and discovered my mother’s character at the time to be very fragile. She was in her teens when this event happened and not at all the self-confident woman I knew as a child and still know now. I enjoyed discovering a new element to her personality.

I didn’t use my parent’s actual names but used names of friends they had at the time. The names had to be right for the era the story takes place, the mid fifties.

I have no idea who might play the people in my story. They would have to be very young actors as both my parents were in their teens when the events in the story happened.

I have critique partners who I always send my stories to for all kinds of edits and with the plea they help me hammer things into shape. I am very fond of my critique partners and would find life without their help hard.

The critique process is something I’d recommend to all writers as it is beneficial in so many ways.

I would like to say a big thank you to Daisy Banks for sharing with us details of her writing life, and for a wonderful interview.