Her One True Love by Rachel Brimble – Book Review

Her One True Love by Rachel Brimble – Book Review 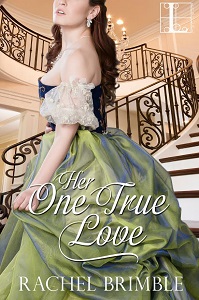 She Can’t Forget Him…

Jane Charlotte Danes has loved the squire of her idyllic country town for as long as she can remember. He is good, kind, and alluring beyond words… and he chose to marry another.

Tired of dwelling on her futile longings, Jane plans a move to Bath, where she dreams of a new beginning. But the man who has so imprisoned her heart is only a few steps behind…

He Can’t Let Her Go…

Until now, Matthew Cleaves has endeavoured to meet the responsibilities of his position with dignity and good spirits–including his dutiful marriage. But when his wife leaves him for another man, Matthew is at last free to pursue his one true love.

Only one vital question remains: will the captivating, stubborn, beautiful Jane allow him the challenge, and the pleasure, of winning her back?

‘Her One True Love’ is a beautifully-written love story set in Victorian England.

Jane Danes is a young woman, living in the small, rural village of Biddlestone. For many years, Jane has been in love with the town’s Squire, Matthew Cleaves. However Matthew has never known of Jane’s love for him, marrying another woman, and leaving Jane heartbroken.

After both her parents die, Jane decides to move out of the village and into the family home, located in the city of Bath.

She wants to make something of herself, and help others in the process. She feels that the time is right to move on, knowing that the one person that she has loved forever, can never be hers.

Matthew is a decent, hard-working man, who married his wife Elizabeth without actually being in love with her. When Elizabeth leaves him for another man, Matthew is humiliated, more than upset. He doesn’t want other peoples’ pity, and certainly not Jane’s.

This is a story of two people being so very much in love, that they are to blind to see how the other one feels.

I loved Jane’s character. She is a very headstrong young woman, with a fire in her belly, and a determination to change her life from the path that she is destined for.

The book is set in an era of change for women. An era of suffragettes, and women realising that they can be independent, and that they don’t have to just become wives and mothers.

Rachel has broken all norms that you associate with Victorian England. You don’t associate that era with women leaving their husbands for other men, for young women to go off on their own, with no chaperone, and you certainly don’t think about the family maid becoming a loyal friend.

This is what I liked about the book. It took the historical past and shook it up, yet still making it very believable.

I also loved the conflict that Rachel has created between the two main characters, as they battled between their morals and their hearts.

Her One True Love is beautifully written and will have you glued to the pages. It is a feel-good, heart-warming romance story, that will take you back in time and absorb you in to a world very different from the present. 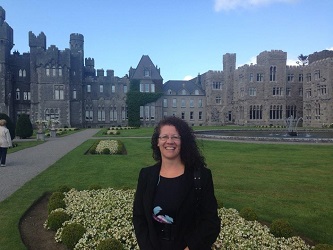 Rachel lives with her husband and two teenage daughters in a small town near Bath in the UK.

Since 2013, she has had five books published by Harlequin Superromance (Templeton Cove Stories) and recently signed a contract for three more. She also has four Victorian romances with eKensington/Lyrical and hoping to sign a new contract for further historical romances shortly.

When she isn’t writing, you’ll find Rachel with her head in a book or walking the beautiful English countryside with her family.