The Writing Life of: Lizzie Page

This week on ‘The Writing Life of:‘ I am thrilled to be interviewing author Lizzie Page. Lizzie will be sharing with us detail of her writing life, telling us all about her latest book ‘The War Nurses‘, which was released on 17th April 2018, and answering a few fun questions too. 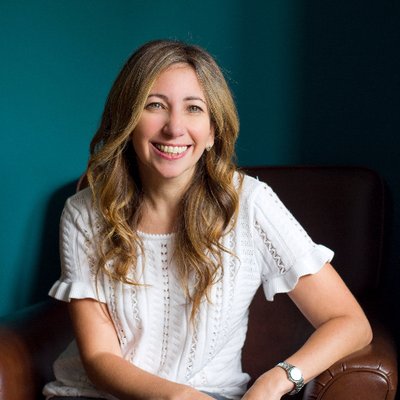 I was born in February 1971, in Essex, England. After studying politics at Warwick University, I worked as an English teacher in Paris and then for five years, in Tokyo. I then went to live in London, and had various uninspiring jobs there.

I did an MA in creative writing at Goldsmiths and came back to live in Essex a few years ago and have worked in marketing, teaching, assisting, etc ever since.

My partner Steve, three children and cockapoo all conspire to stop me writing.

I wanted to grow up! I was a very “earnest” kid, and I worried about nuclear war (tbf this was the 1970’s.) and my older brother took great pleasure in telling me we were all going to die.

Like many of my contemporaries, I enjoyed Enid Blyton.  I also liked Eve Garnett’s ’Family from one end street’, Nina Bawden’s peppermint pig and Judith Kerr’s ‘When Hitler stole Pink Rabbit’.

Since I’ve had children, its been a pleasure to discover the classic children’s books which I didn’t read back then (so busy was I building nuclear shelters in the garden!): Pippi Longstocking by Astrid Lindgren is my new favourite.

I enjoyed writing stories at school but didn’t see how it could be a job. In my early twenties, I think I decided I wanted to have a go at making a living from it – that’s over 25 years ago, dammit!

I didn’t always follow that dream. I was quite (very) easily distracted.  I travelled. I worked. I reproduced. But I always read a lot and in 2002, I did an MA in writing at Goldsmiths. Then I had more children, so the dream was put aside for a bit more.

It depends what the kids are doing.  Usually, I take them to school, sort out the house, go to their endless assemblies, football matches, running tournaments and then get down to it – or not.

Lizzie Page IS a pen-name. Why? I guess, it’s because I have a modern-sounding name that is awkward to spell and we wanted something a bit more saga-writer-like.  Plus there is something both psychologically ‘freeing’ and ‘safe’ about having a different identity. If I screw up, I can say ‘that was Lizzie’ – it wasn’t me.  (That’s a bit weird, isn’t it?)

I get up a lot, click onto FB, twitter, eat biscuits or make coffee.  I think that’s all fairly normal though.  I do get very immersed in the process and it’s a struggle to then switch off, pick up the kids and interact. My body may be warming up fish-fingers and over-seeing spellings, but my mind is in a cellar house in Ypres in 1916.

Only on the pc when I’m at home, but when I’m out and about, I’ll write on anything. Envelopes, Christmas cards, bus tickets. I do have notebooks but of course I never have them when I need them.

Yes, mountains of it. I had several ‘near misses’ before ‘The War Nurses’ was published. Now, I can say, that its all good learning: at the time though, its terribly painful.

Both really.  I plot the broad outline but it is subject to loads of change.

I probably will. And I have no strategies or mechanisms in place apart from alcohol.  My husband will help hopefully. He’s good at ‘putting things in perspective’ ie. Saying ‘Meh, don’t worry about it’. 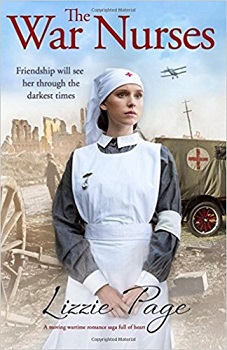 1914 – Two young nurses pledge to help the war effort: Mairi, a wholesome idealist hoping to leave behind her past and Elsie, a glamorous single mother with a weakness for handsome soldiers. Despite their differences, the pair become firm friends.

At the emergency medical shelter where they’re based, Elsie and Mairi work around the clock to treat wounded soldiers. It’s heart-breaking work and they are at constant risk from shelling, fire and disease. But there are also happier times… parties, trips and letters. And maybe even the possibility of love with an attractive officer in their care…

But as the war continues and the stress of duty threatens to pull the two women apart, will Elsie and Mairi’s special nurses’ bond be strong enough to see them through?

Based on a true story, this is a WW1 saga that will make you smile and cry, perfect for fans of Diney Costeloe, Soraya M. Lane and Donna Douglas.

A long time.  Too long. You don’t want to know how long!

I wrote the story for stage first in 2014, then slowly began adapting it after that. I can remember thinking, I can’t do it, I can’t get the right ‘voice’.  But once I’d decided on the structure with first-person narrative, it went much smoother. I sent some of it to my lovely agent, Terese Coen at Hardman and Swainson. I don’t know if the fact that it’s set in Belgium (She’s from Belgium) helped, but she liked it and encouraged me to write more.

Mairi and Elsie are the names of real-life people.  I did consider changing their names but it is such a unique story that I thought it was better to stick to them.

Mairi Chisholm is inexperienced, idealistic and generous.  She’s a loyal friend but she has very high expectations of others and this can lead to heart-ache.

Elsie Knocker is a force of nature, exuberant, strong and sexual, a single mother.

Mairi is in awe of Elsie (as I am!).  They spent three and a half years together living in a tiny cellar in a war-zone.  Their relationship was intense but also fragile.

For me, it’s always the first scene. It has to do so much. It has to lay-out the stall nicely to get the reader engaged, it has to set the atmosphere, introduce the characters, give us a good hook.  It’s a big ask.  Gah.  Sometimes, I wish there wasn’t a first scene, and that everyone just dived in where they felt like it!

With great difficulty.  Earlier incarnations included: ‘Elsie Knocker’, ‘Entrenched’ and ‘Madonnas of the Western Front’. My editor, Kathryn Taussig suggested ‘The War Nurses’ and after all my struggles with convoluted titles, I liked the simplicity/truth of it.

I was going to say no, but yes, actually, I did give the first few chapters to a few friends who were encouraging and kind – as is their nature! Then it went to my agent.

My agent sent out the mss and for some time there was a horrible silence.  From previous experiences, I knew that in publishing: no news is bad news.  I was quite low about it, because I had already had one mss out that hadn’t been picked up: Two mss rejected in one year would be quite a feat.

Anyway, it was the summer holidays, husband and children were on our way to see Mama Mia in London, and I got an email saying that Kathryn Taussig, an editor at Bookouture was v. interested. It sounded positive, but I didn’t know exactly what it meant: I was cautiously excited all the way through the show and even more tearful than usual through ‘I have a dream’ and ‘Slipping through my fingers’.

You imagine the writer thumping out the words ‘the end’ and then going phew, time to relax/party. That’s not me.  Unfortunately, there’s no final word for me, it’s a constant, never ending, circular, editing, nail-biting, neurotic process.

I’m editing book two in the trilogy ‘The War Nurses at Christmas’ which will be out in November 2018, all being well.  This one is inspired by a wonderful war nurse, writer and poet: Mary Borden.  Then onwards and upwards for Book Three!

Crisps.  What an accolade it would be to have a tasty crisp named after you! A Lizzie Page salty crisp.  Mm.

Hmm, if I wanted an item of clothing – I’d chose black, if it were colour of walls, I’d chose blue, but colour of a crayon, I’d definitely chose red.  Crayons must be red. I wonder what that says about me?

Dr Zhivago. I’ve loved it since I was a child. It reminds me of my Mum, she loved it too.  I get something different from it every time.  I love epic, sprawling sagas where normal lives are caught up with huge historical events.

Yevgraf: Tonya – can you play the balalaika? David: [her boyfriend] Can she play?! She’s an artist! Yevgraf: And who taught you? David: No-one taught her! Yevgraf: Ah… then it’s a gift.

Even seeing those lines here gives me the shivers!

Eek. My favourite songs change all the time.

In honour of ‘The War Nurses’ though, I’m going to choose: Radiohead’s Harry Patch (In Memory Of) and also Louise Jordan’s ‘No Petticoats here’ – She has written a beautiful song about Mairi and Elsie!

‘Mu-um, can I go on the X-box…’ That’s what most people walk into the room and say to me, why would a duck be any different?

You can find out more about Lizzie by visiting the website/social media sites below.

I would like to say a big thank you to Lizzie Page for sharing with us details of her writing life, and for a wonderful interview.