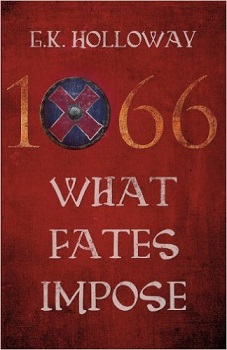 England is in crisis. King Edward has no heir and promises never to produce one. There are no obvious successors available to replace him, but quite a few claimants are eager to take the crown.

While power struggles break out between the various factions at court, enemies abroad plot to make England their own.  There are raids across the borders with Wales and Scotland. Harold Godwinson, Earl of Wessex, is seen by many as the one man who can bring stability to the kingdom. He has powerful friends and two women who love him, but he has enemies who will stop at nothing to gain power.

As 1066 begins, England heads for an uncertain future. It seems even the heavens are against Harold. Intelligent and courageous, can Harold forge his own destiny – or does he have to bow to what fates impose?

Novelists lie awake at nights desperately trying to think up new plots, yet many of the best stories have already happened in real life. Here Holloway has taken the events of the 21 years leading up to 1066 and they have provided a dramatic book that I could not put down.

Before I go any further I should disclose that I have lived most of my life in Sussex, and for my first ten years within a mile of Pevensey. The events and the locations of the last successful invasion of England are therefore dear to me and it was good to revisit them as I read this book to coincide with the 950th anniversary of the battle.

Although the author keeps close to the historical records, this is no dry factual book. He has embellished the story to produce as good a tale of medieval adventure as I have read. Holloway gives us political power struggles, deceit, love and of course war which was fought in the bloodiest way possible. I was intrigued by the Christian and Norse beliefs practised at the time and in particular the influence that the Pope and the Holy Roman Emperor were trying to wield throughout Europe.

Most historical records of the Norman Invasion were written by the Normans or their descendants so I was pleased to see the story mainly told from Harold’s perspective. We get to see into his mind, to appreciate his strengths and sadly his weaknesses.

If you know a student who needs to learn about this period of our history then give them 1066: What Fates Impose. Agreed, it will give them some disputable information and it may not give accurate weight to all sides but it should give them a passion for the subject and the determination to find out what is fact true and what is myth. My award can only be a full five stars. 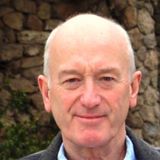 G K Holloway left university in 1980 with a degree in history and politics. After spending a year in Canada, he relocated to England’s West Country and began working in Secondary Education. Later he worked in Adult Education and then Further Education before finally working in Higher Education.

After reading a biography about Harold Godwinson, he became fascinated by the fall of Anglo Saxon England and spent several years researching events leading up to and beyond the Battle of Hastings. Eventually he decided he had enough material to make an engrossing novel. Using characters from the Bayeux Tapestry, the Norse Sagas, the Domesday Book and many other sources. He feels that he has brought the period and its characters to life in his own particular way. Following the major protagonists, as well as political, religious and personal themes, the downfall of Anglo-Saxon England is portrayed by a strong cast.