The Appeal of Villain Protagonists by Kristen Brand – Guest Post

The Appeal of Villain Protagonists by Kristen Brand – Guest Post

Today on the blog we welcome author Kristen Brand, with her guest post ‘The Appeal of Villain Protagonists‘. Kristen’s new book, ‘Kill Them All’, will be released tomorrow, 15th September 2018. 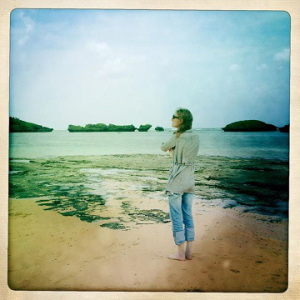 Kristen Brand is a comic book fan and all-around geek. She writes The White Knight and Black Valentine Series of superhero fiction, and her fourth book, Kill Them All, comes out on September 15th. When she’s not writing, she’s usually on Twitter.

The Appeal of Villain Protagonists

Who doesn’t love a good villain?

Sure, Luke Skywalker is a cool guy, but is he really as cool as Darth Vader? And the first couple Thor movies were alright, but we all know the Loki subplots were more interesting. What is it about villains that’s so fascinating? Maybe it’s that, rocking those black outfits, they tend to look way cooler than the hero. Maybe it’s just their swagger. Or it could be that in establishing themselves as a credible threat by laying waste to countless red shirts, they come across as incredibly badass.

Whatever the reason, a good villain can be incredibly entertaining to read or watch. But all good things must come to an end, and when the hero finally defeats the bad guy, we’ll cheer. Because it’s not like the villain can be the main character, right?

Plenty of books, movies, and TV shows have villain protagonists, running a range of tones from dark to comedic. Some of them are retellings of classic stories from the villain’s point of view, like Maleficent, while others were never meant to star anyone but the bad guy, like How the Grinch Stole Christmas.

Writing a villain protagonist can be tricky, though. Why should the audience sympathize with this character who does evil things? Writers generally use a few different strategies.  Take Harley Quinn, for example. If I listed out all the crimes she’s committed over her history in comics, animation, and other media, it would be longer than this entire post. But despite all that, she’s a likeable character who has starred in her own comic book series as well as a movie, and she pulls it off mostly through sheer charisma. She’s funny and charming, and things are never boring around her. She also has a sympathetic angle, being madly in love with someone who (depending on the incarnation) treats her terribly.

My latest novel, Kill Them All, stars a villain protagonist.  Once a supervillain known as the Black Valentine, she’s now retired and happily married to her former nemesis. And though she doesn’t go out and rob banks or mind-control superheroes anymore, she still has pretty flexible morals. I use a few strategies to try and make her sympathetic to the reader. First, she has a relatable motivation in that she cares deeply about her family and wants to keep them safe, or—failing that—get revenge on the people who hurt them. And while she’s a villain, there are lines she refuses to cross, so I always give her an antagonist who’s sadistic and totally morally reprehensible. That way, she’s sort of the hero in comparison, though she’d shudder to hear herself described that way.

Finally, she has a snarky inner monologue and usually has a good time doing bad. I think escapism is a part of the appeal of many villain protagonists. They get to break the rules in a way we the audience don’t or can’t, and in a fictional story, it can be a lot of fun.

“We’ve all had days we wanted to do this.”

So who’s your favorite villain protagonist? Are there any villains you think stole the show from the heroic main character? Let me know in the comments. 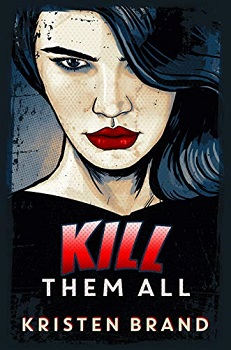 They messed with the wrong supervillain.

Valentina Belmonte walked away from her supervillain career years ago. Having peaked at the top of the national Most Wanted List, she now lives a quiet life with her husband and daughter, enjoying the Florida sun. Sure, she has to curb her criminal instincts to stay under the radar, but her family is worth it.

Until they’re attacked. With her husband—a retired superhero and the closest thing she has to a conscience—hospitalized and on the brink of death, she’s done playing nice. She doesn’t know who attacked them or why, but she’ll wreak bloody destruction until she finds out. Nobody does revenge like a supervillain, but as her single-minded pursuit grows more violent, it threatens the only family she has left…

You can find out more about Kristen Brand by visiting the website/social media sites below.