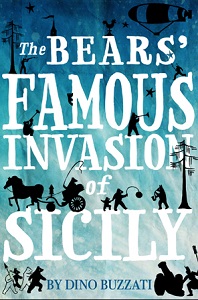 Starving after a harsh winter, the bears descend from the mountains in search of food and invade the valley below, where they face fierce opposition from the army of the Grand Duke of Sicily.

After many battles, scrapes and dangers, the bears reign is established over the land, but their victory comes at a price.

As well as their struggles with an army of wild boars, a wily professor who may or may not be a magician, snarling Marmoset the Cat, and, worse still, treachery within their own ranks. Over all this, the bears triumph with bravery, ingenuity, humility, and high spirits.

When a harsh winter hits Sicily, the bears who live high up in the mountains venture down to the village below in an attempt to find food. However in doing so, they start a war with the army of the Grand Duke of Sicily.

But will the bears be happy once they have destroyed the village and the army?

The book opens up with a section of ‘who’s who’. To be honest I actually ignored this section at the start and moved on straight to the story, as I like to find out who is who when I meet them, so I used it like a glossary.

The plot is told as if you are gathered by the fire and someone is telling you the tale from the comfort of their rocking chair, about a large sleuth (apparently that’s the name for a group of bears – who knew!) of bears, being led by King Leander, who is quite an angry bear after losing his son Tony many years ago, in an attempt to keep his sleuth alive by finding food for them.

The story, although imaginative, I found quite hard-going and had to re-read sections to fully understand them, thus it actually took me quite a while to finish it the book.

I did like the illustrations throughout that depicted what the chapter in the story was about, with its little paragraph underneath explaining the picture too.

I also liked the readers companion at the back, written by Lemony Snicket. It does tell you on the front of the book about it having a readers companion, but I must of glossed over it, as it would of made reading the book a lot easier had I noticed it and had it for reference.

Within each chapter, Dino has added a small rhyming poem about the story. This was a novel idea, one that I liked.

The Bears Famous Invasion of Sicily is a completely unique story, nothing like I have ever read before. It’s not an easy read, but it was an enjoyable one. 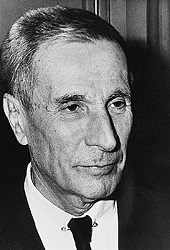 Dino Buzzati Traverso was an Italian novelist, short story writer, painter and poet, as well as a journalist for Corriere della Sera. His worldwide fame is mostly due to his novel Il deserto dei Tartari, translated into English as The Tartar Steppe. Dino died on the 28th January 1972.