Today on the blog we welcome author J.W. Webb with his Promotional Post for his new book, ‘Gol’ which was released on 17th March 2015. 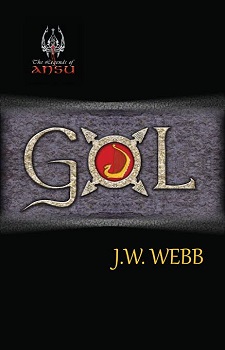 Lissane Barola dreams of escape. But her father the baron has other plans for his wayward daughter. She is to wed rival nobleman, Valentin Gallante. But Lissane hates Valentin and has a secret lover in a nearby village called Erun Cade. Together these two plan their escape, but the net is already closing around them fast!

‘A huge rent had opened inside the mountain. a vast cavern containing the essence of Ashmali, a demon so terrible the gods themselves had entombed him lest his wanton flames destroy the world. So things stayed for many millennia. But when a vengeful sorcerer frees the demon he sets off a chain of events that will eventually threaten the existence of the continent, Gol.

As the long prophesied fall of Gol approaches amidst civil war and rebellion, Lissane and Erun find themselves trapped in the approaching storm. But theirs is no average fate, the gods have marked them, and so their troubles have only just begun.

What inspired J.W. Webb to write his book?

A crazy imagination and restless roving mind! I’ve always loved stories and have always been a storyteller, ever since I was a kid in the playground I enthused in tales that could carry the imagination far and wide, roaming free without any harness to rein it in.

I was a fan of The Lord of the Rings as a teen and that led me on to read dozens of fantasy books during the 70’s and 80’s resulting in fantasy becoming my favorite genre and greatest influence. I also have a fascination for Celtic and Norse mythology which led me to delve deep in that area too.

Then about twenty years ago I put pen to paper and my ongoing series, Legends of Ansu was born. An epic fantasy series with echoes of myth. 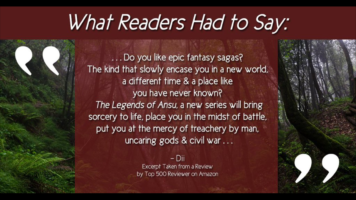 James Webb was born in northern England in 1961. A long time lover of the fantasy genre, with a fascination for ancient history and Celtic\Norse myth, James started writing about his world Ansu back in the late nineties. 10 years later he launched legends of Ansu as a single work. But his creation morphed and grew into an unfinished trilogy called The Chronicles of Corin – the first title The Shattered Crown will be out in 2013.

Fall of Gol is a prehistory to the events taking place in The Shattered Crown, though written long after his other work it sheds light on the books that follow. Legends of Ansu continues to evolve (now a planned nine book series.) James Webb’s world fuses the myth and magic of traditional fantasy with the gritty reality wielded by modern writers in the genre.