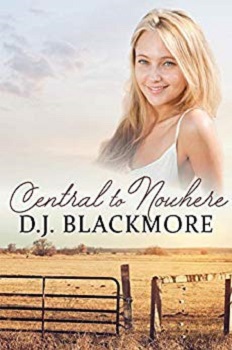 When Ivy steps over the cattle grid, reality hits. Capricorn Station is vast, desolate and Central to Nowhere. But Ivy has come too far to back out now. She’s left her past behind her and is desperate to make this work.

Stockman Adam O’Rourke is equally determined she’s going home ASAP. This girl is not the jillaroo he was expecting to help on his station over the summer. She can’t even handle a horse.
It isn’t long before Ivy realises there’s more between her and Adam than the job. But Ivy has only one summer on Capricorn Station. One season that’s passing way too fast.

And when Adam’s past blows in unexpectedly, Ivy realises too late that falling for him is bringing back everything she is running from.

When Ivy falls off a horse her first time in the saddle, Adam O’Rourke immediately realizes that she lied on her application about her horse riding expertise, which was a job requirement to be a jillaroo, a ranch hand in training. Ivy had not been in the saddle since she was learning to ride a pony when she was a little girl in Sydney. Her pony training ended when her father abandoned her and her mother, and nothing seemed to go right in her life since her father left.

When she had a miscarriage after her lover abandoned her when he found out that she was pregnant, she decided to start a new life on a ranch far from her past life. As a reader, I fell in love with her feisty attitude in the first chapter, while at the same time realizing that she couldn’t seem to do anything right.

Adam knew that she had also lied about being raised on a farm when she couldn’t milk a cow the next morning. He had to admit to himself that he had hired her because he was fascinated by the picture of the beautiful woman, and intrigued that she would apply for a summer job as a jillaroo far from her home. He didn’t want to fire her, but he needed a ranch hand. Ivy packed her bag. That night, he couldn’t go to sleep because he heard her crying for an hour in the guest room through his wall, and after that ended, her snoring kept him awake until he put a pillow over his ear. The next morning, he found her in the shed with Jack—the other jillaroo he had hired—they were milking the two cows. One of the important jobs on the station was the water run. After breakfast, Adam pointed at a quad used for the water run and found out that she had never driven one. When she left a gate unlatched, Adam lost his favorite horse and decided that he had no choice but to dismiss her.

If you are reading this review, don’t worry that I have given away too much of the story—all of this happened in the first two or three chapters.

Three years before Ivy showed up on the ranch, Adam’s ex-wife had stolen his money stash, left in the middle of the night with their son, Michael, who was two at the time, and who he dearly loved. Sadly, Adam had not seen him since. The blokes on the ranch had been cooking for themselves. I found the novel confusing why a cook was not hired. Adam was pleasantly surprised to learn that Ivy was an excellent cook. She was starting to fit in on the station, and the clumsy, beautiful Ivy seemed attracted to him.

The novel changes point of view between Ivy and Adam very smoothly, and the two of them fill most of the novel pages as their feelings for each other grow as they deal with a multitude of problems encountered in the very hard and dangerous life in the outback. Fascinating. I found it strange that Adam’s last name was used too frequently and Ivy’s last name was not used at all. I was captured from page one by Ivy’s determination and had trouble putting the book down. I read it in two days and highly recommend it. I give it a four and one-half star rating instead of five because some parts were confusing to me—perhaps because I am an American. I love the book cover—perfect.

I’ve milked cows. I’ve kept bees and made cheese. I bartered my Gouda for wine at a boutique vineyard near our home in The Hunter Valley, New South Wales.

A short stint with horses saw me falling off and breaking my best arm. It gave me second thoughts on animals of the equine persuasion.

Being mother to five is perhaps my greatest achievement, but writing comes a close second. After all, we two have been friends for such a long time.