Today on the blog we welcome author Cole Moreton, with his guest post ‘Creating Characters with Room for the Readers Imagination‘, as part of the blog tour for his new book, ‘The Light Keeper’, released on 21st May 2020. This post contains affiliate links. 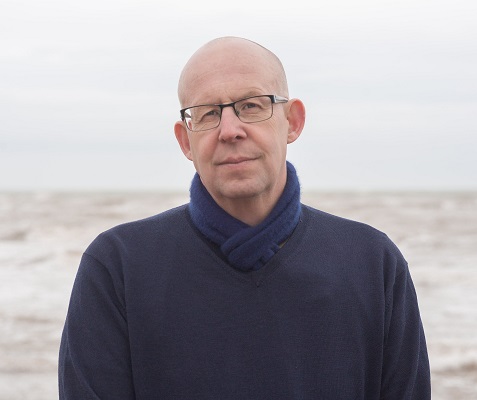 Award-winning interviewer, writer and broadcaster Cole Moreton has covered many of the major news stories of our time, from 9/11 to the Olympics and the death of Nelson Mandela. He writes, talks and tells stories about the arts, politics, cultural identity, faith, spirituality and life – and above all, about people.

Cole’s previous book, The Boy Who Gave His Heart Away, told the moving true story of a modern medical miracle. His BBC Radio 4 series of the same name won Audio Moment of the Year at the Arias, and Best Writing at the World’s Best Radio awards. The Light Keeper is Cole’s first novel.

Creating Characters with Room for the Readers Imagination

You know how it goes. You’re watching the film or television series of a book you’ve read and a character you love comes on the screen but you find yourself thinking: “No! That’s not how they look!” That’s because we all have strong emotional responses to stories that we like and our minds create our own personal versions of the characters in them. And that’s a challenge as an author: how can I describe this person in strong enough terms that you start to feel you know them a bit, but also leave room for your imagination to go to work?

The way you think of Sarah in my story The Light Keeper will depend on all sorts of things including the people you know who might be like her, your life experience, your hopes and dreams and fantasies. She is caught in a terrible moment at the start of the book, waiting to find out the success or otherwise of her last ever attempt at having a baby with fertility treatment. She runs away to her safe place, the beautiful downland and high cliffs on the South Coast of England, to face whatever comes, alone. Her partner Jack believes she might do something else in her distress and is desperate to find her before it is too late. And Sarah comes into contact with a mysterious but somehow sympathetic man known at the start only as the Keeper, who lives in a lighthouse on the edge of a four hundred foot drop.

I started writing this story 14 years ago, after struggling to get down a real-life account of the experiences of fertility treatment that myself and my partner had been through. I found it all too close up and painful to write about in the first person, but somehow easier in fiction through a character called Jack. The Light Keeper is not autobiographical, there are things he does that I certainly wouldn’t do. No spoilers. But creating a character enabled me to get some of the feelings out and take them even further.

I started to think of Jack as this edgy, nervy character who spoke fast and drummed with his fingers. Then I happened to see the movie I’m Not There with Ben Whishaw as the young Bob Dylan, all scarecrow hair and evasive fast talking. I thought: “That’s Jack.”

Next came Sarah, after talking to my partner Rachel about what she had been through in IVF. Her voice merged with those of other women with similar experiences I was also listening to at the time, as good friends or in my work as a journalist, a couple of whom also had compelling things to say about what it was like to grow up in a vicarage or be the daughter of parents from two different countries and cultures. As I tried to imagine her I started to notice the actor Nina Sosanya in the film Love, Actually and the television series Casanova. I liked the mischievous look in her eye, it was how I thought of Sarah beneath the current weariness. So I started to write Sarah with Nina Sosanya in my mind’s eye.

My day job is to interview famous people for newspapers and magazines. As the novel developed, I went to Sweden to interview Kenneth Branagh in a remote farmhouse for the detective TV series Wallander. Something about the isolation of the Wallander inspired the character known at the start of my book as The Keeper, who lives in a lighthouse on the edge of a four hundred foot drop on the cliffs near Beachy Head. Branagh wasn’t quite right for the look of him but I remembered a photograph of a good friend of mind, the brilliant Welsh singer Martyn Joseph, leaning on a wall when I assume he was about 40. So I dug the picture up and put that on my wall next to Ben and Nina. Now I felt like Jack, Sarah and the Keeper were with me. If you’re writing, it really helps to have faces in the room you can glance at from time to time.

I’m not saying these images are what the characters look like. Absolutely not. The pictures were just starting points. Catalysts. The Sarah I wrote in the end is not the one I started out with – just as I expect the Sarah you end up with in your mind and maybe even your heart after reading the book will be very different to mine. I hope you like her. I think you might.

I’d love you to get in touch and tell me what you think of the story on social media or at www.thelightkeeper.org. Thank you so much for reading. Love and strength. 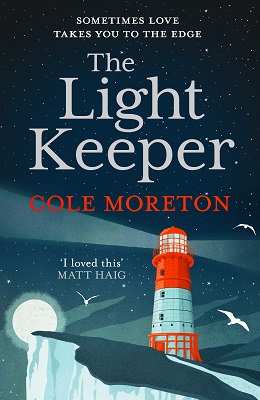 Sarah stands on the brink, arms open wide as if to let the wind carry her away.

She’s come to the high cliffs to be alone, to face the truth about her life, to work out what to do.

Her lover Jack is searching, desperate to find her before it is too late. But Sarah doesn’t want to be found. Not yet. Not by him.

And someone else is seeking answers up here where the seabirds soar – a man known only as the Keeper, living in an old lighthouse right on the cusp of a four-hundred-foot drop. He is all too aware that sometimes love takes you to the edge . . . 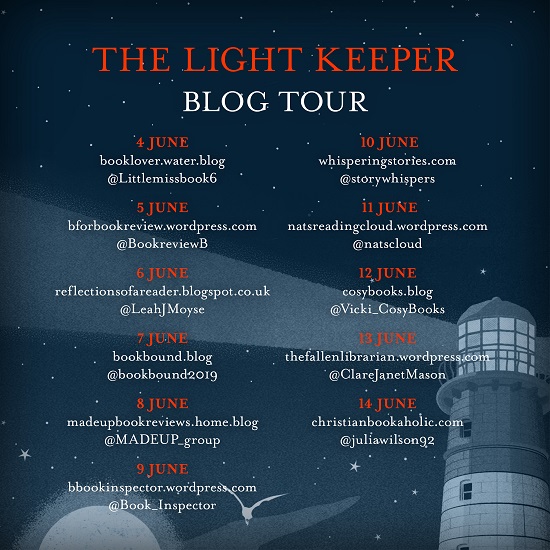