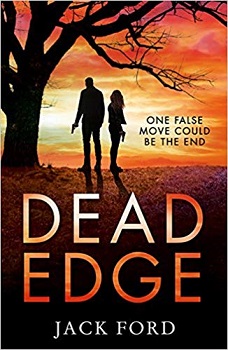 Two explosions at the same time.

Ex-US Navy-turned-investigator Thomas J Cooper knows this is no random coincidence. This is a carefully planned attack calling for war on the US government.

The clock is ticking, and Cooper must stop the perpetrators before the threat of further bombings becomes a deadly reality.

With estranged wife Maddie working beside him, they travel from Washington to Burkina Faso in a dangerous trail to track down the killers. Engulfed in a murderous game, they must be the players with the winning final move…

Dead Edge is a political thriller. It is the second in a series and I was informed it could be read as a stand-alone. Whilst I agree that the storyline has no link to the previous book so from that angle it can be read without reading the first one, I found that I didn’t have a connection to the main character Cooper, nor his relationships with his wife, daughter, or even his comrade Rosedale.

The book is set between the USA, Turkey and Burkina Faso and opens with a bang – Literally. There are two explosions generated at the same time in two different cities. The first is in an airport in Memphis the second in Washington DC. There are also reports of several shootings too.

Tensions are high and it’s up to the government to get answers, including US President Woods, the FBI, and the CIA. They need to know what, why and who is responsible and bring them to justice, by any means necessary.

Ex-Military man Cooper, Maddie (his wife) and Rosedale are tasked with finding the killers in some secret mission. However, Cooper is addicted to prescription painkillers that seem to be clouding his judgement, but keeping his addiction secret he sets out on the mission. Will they succeed before there are more explosions on US soil?

It took me a long time to read this book, the book information states that it has 384 pages, actually, it has 542, it is a big book. There was a lot of back and forth between President Woods, the CIA, and Cooper and his team. I’ll be honest at times I did get a little confused as to what was going on and also after the initial opening scene, which was tense, everything seemed to calm down for a long time and I did struggle with the slower pace as I was expecting a fast-paced action thriller.

Whilst it might sound like I didn’t enjoy the book, the opposite is actually true. I did enjoy the intense storyline, once it got going, it felt so real in terms of politicians lying to the public about what was actually happening in their country, and they were dealing with the terrorists in secret. Also, the President was undermined a lot of the time by outside agencies, especially the CIA.

If you like political books then I think you will love this book. It is well-written, takes you on a complete adventure and covers some hard-hitting issues. It is one of those books that I would pick up, say to myself I’ll just read for 20 mins, then suddenly realise an hour had passed as I had become so engrossed.

On a side note, each chapter is given a chess move too, I don’t play chess so this was really lost on me – Sorry.

Jack Ford is a novelist and is the author of six gritty British crime novels published under a pseudonym. Having studied global political Islam and American politics Jack went on to take a Master of Science degree in counter-terrorism, and will further those studies next year by tackling a PHD focusing on radicalisation and extremism.

Jack lives in a quiet part of England and has three children along with lots of dogs and horses. 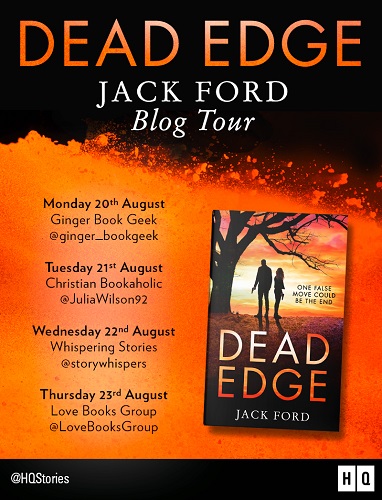