We have a new segment on the blog which will be coming to you weekly called Writing Tips. These posts will be shared with you every Wednesday throughout 2022 and will feature writing tips from authors on a variety of subject that are there to help other authors and new writers.

Our eighth post is from author Elaine Spires on the subject ‘Dealing with Criticism‘. This post contains affiliate links.

Criticism can be a wonderful thing. Helping you see things from a different point of view and perspective is often the catalyst for a change that you would never have envisaged or embraced, not just in your creative work but in your personal life, too. The reality is, though, that not all criticism is constructive or positive. Comments like “It was rubbish.” Or “it seemed like she was making it up as she went along” are not only hard to read but destructive and soul-destroying to a writer.

In today’s on-line world everyone’s a critic/expert and many don’t hold back with their opinions especially as they are able to let rip with total anonymity. Criticism and his first cousin rejection aren’t for the faint-hearted. When you’ve poured your heart and soul and two years of your life into your latest book it’s hurtful to see it given one or two star ratings. Writers are often sensitive souls so telling us to toughen up isn’t the answer.

So what can you do when your latest book gets a scathing criticism or one star review?

Never – NEVER – reply or retaliate. Even if you think the review has been written out of spite, which happens. People can be nasty and some get their kicks this way. Ignore them. Any reply will only serve to give them the attention they seek and encourage them to come back at you.

A reader might have misunderstood a character or event in your book but sending a defensive reply to their comments or even a stinging, sarcastic one will do you no favours and might even encourage a pile-on. It will never end well for you and it screams ‘Can’t take criticism!’ You have to rise above it.

Recognise you haven’t enjoyed every book you’ve ever read. There will be those you’ve abandoned or struggled on with only to find they don’t improve. Consequently, you might avoid those authors in the future or not recommend them if someone asks your opinion. Now, you might not dream of putting a scathing review on Goodreads or Amazon, but others would and do. If we’re happy to embrace the good feedback on these and other readers’ forums we have to roll with the bad.

It also follows that not everything you write is going to be to everyone else’s taste. Accept that and you will be happier for it.

If there’s a recurring theme to poor reviews then you have to ask yourself if your critics might have a point. This calls for you to be brutally honest with yourself and take the criticism on board for future books.

Sometimes a bad review works in your favour. To see a book with all 4 or 5 star global ratings can be a bit suspect and one or two lower ratings can pique a reader’s interest so they want to make up their own mind.

Some bad reviews have little to do with your talents as an author. “The Amazon delivery man left it on the doorstep and it rained. One star.” “I don’t like sci-fi books.” These reviews might be unfair but any fair-minded person can see they are nonsense so don’t waste any time worrying about them.

The final piece of advice I can give about dealing with negative reviews is Don’t read them! You can avoid all upset from feedback by never looking at how your books are doing. Hard? Definitely. Impossible? No. It just depends how hurt you are by reading reviews that aren’t one hundred percent glowing and on your own sensitivity and — dare I say it — your ego.

Acceptance is the key. Your books won’t appeal to everyone. Take constructive criticism and choose to act on it if you wish. And leave the rest. 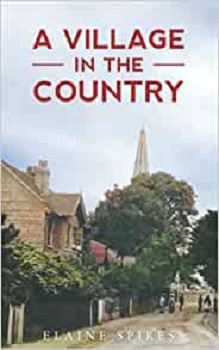 Change is in the air.

It’s November 1918 and the whole nation comes together to give thanks for the end of a bloody world war that has left few families unscathed. More than seven hundred thousand men have perished; those fortunate enough to return are mere shadows of the men who left. Women who have kept the country going by working in munitions factories and picking fruit and vegetables on farms and in market gardens are expected to give up their jobs to the men returning home. In the peaceful Essex village of Dagenham Milly Brightwell is among the women who are not happy at having to take a step back in peacetime as she dreams and makes plans of becoming her own boss.

But just as life returns to post-war normal, the London County Council announces its plans to build more than twenty-five thousand Homes for Heroes on the farmland and countryside surrounding Dagenham. Within the space of ten years the population will rocket to a hundred thousand people and the quiet country village will morph into the largest housing estate in Europe. For the families in Dagenham Village looking forward to better times in the 1920s, life will never be the same again.