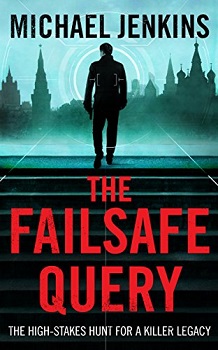 Sean Richardson is an Ex British Intelligence Officer who is tasked with finding out if Iraq has weapons of mass destruction in the days after the terrible events that will forever be known as 9/11.

The book opens in Moscow 2005 with a well orchestrated ‘drop off’, then jumps back in time to Central Asia 2001 where Richardson is protecting his informant General Yuri Yakubova of the Uzbekistan Army and gaining his trust by thwarting the first attempt on his life.

The story is fast-paced in parts and unfortunately dragged a little in others due to the amount of detail explained and what sometimes felt like unnecessary filling. That being said, to those that love spy thrillers and read a lot of them this may be just what authenticity they require.

This is a modern-day spy thriller and those that are old enough to remember the events it covers will be sucked in immediately.

The plot takes us to multiple countries which we are informed of where and when at the beginning of each chapter, so thankfully I always knew where Richardson was and what time period.

You can certainly tell from the writing that the author has first-hand knowledge of certain situations and the British government, as well as various countries and counter-terrorism.

Overall I did enjoy it. It was eye-opening and certainly took me on an exciting ride and out of my comfort zone.

Michael Jenkins served for twenty-eight years in the British Army, rising through the ranks to complete his service as a major. He served across the globe on numerous military operations as an intelligence officer within Defence Intelligence, and as an explosive ordnance disposal officer and military surveyor within the Corps of Royal Engineers.

His experiences within the services involved extensive travel and adventure whilst on operations, and also on many major mountaineering and exploration expeditions that he led or was involved in. He was awarded the Geographic Medal by the Royal Geographical Society for mountain exploration and served on the screening committee of the Mount Everest Foundation charity.

He was awarded the MBE on leaving the armed forces in 2007 for his services to counterterrorism.

The Failsafe Query is Michael’s first novel. He has started work on his second spy thriller, The Kompromat Kill, and hopes to publish it the spring of 2019.

*Terms and Conditions –Worldwide entries welcome. Please enter using the Rafflecopter box below. The winner will be selected at random via Rafflecopter from all valid entries and will be notified by Twitter and/or email. If no response is received within 7 days then I reserve the right to select an alternative winner. Open to all entrants aged 18 or over. Any personal data given as part of the competition entry is used for this purpose only and will not be shared with third parties, with the exception of the winners’ information. This will passed to the giveaway organiser and used only for fulfilment of the prize, after which time I will delete the data. I am not responsible for dispatch or delivery of the prize. 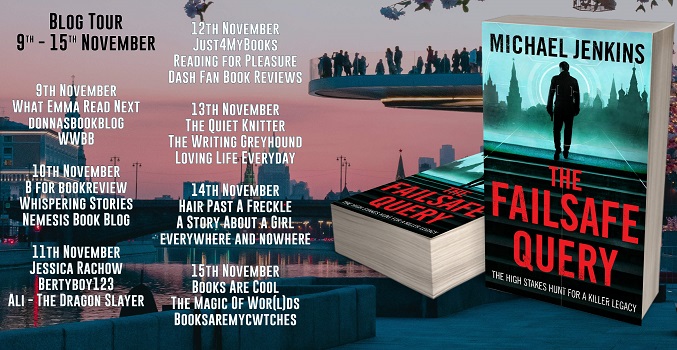