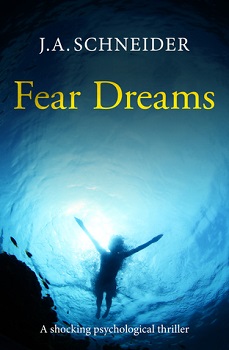 Liddy Barron, an artist, was injured in a hit-and-run accident that left her with recurring nightmares, partial amnesia, and an increasing obsession in the disappearance of a coed named Sasha Perry. Was Sasha murdered? Insecure and nervous, Liddy’s turmoil grows as she begins seeing ghostly images.

Her husband Paul tries to help but suspects it’s just her imagination…while intuitive Detective Kerri Blasco, also obsessed with young Sasha’s disappearance, senses that Liddy may have a key to solving the case, and tries to unravel the shocking truth of what really haunts her.

This book is very tricky to review without giving away the ending, though the broadest hint I can give is that it’s very reminiscent of my favourite Michelle Pfeiffer film. Ok… not favourite, the Witches of Eastwick is my favourite, but whatever. Read this book and let me know if you can guess the film!

For that reason, I suppose the story isn’t completely original, however it contained my favourite elements in a psychological thriller with supernatural undertones. The sense of suspense was excellent and it did offer equal ‘did that guy do it?’ time for each suspect, though I did predict the ending at the 17% mark of this book that didn’t detract from my enjoyment in the least.

This book is written from the perspective of two main characters, both of whom are complex and exceptionally well developed;

Liddy, an artist, has recently been hospitalised after being hit by a car and is recovering from a severe concussion and broken leg. During her recovery, she suffers from nightmares and hallucinations featuring the face of a missing student – she’s naturally intuitive but also highly intelligent and rational, she knows that it’s probably a symptom of her injuries and tries her best to ignore it but it eventually becomes impossible and she begins to seek answers for why this girl is visiting her in her dreams.

Kerri is the investigating officer on the case of the missing student, this case has become her obsession and she’s desperate to find out what has happened to the poor girl.
What I found refreshing about this female police character is that she wasn’t defined by her relationships with her male colleagues and ridiculed for her ‘female intuition’ as tends to be the case in these kinds of novels. She’s a good detective and those around her respect that.

As a result of her intuition, she doesn’t immediately throw Liddy out of her office when she comes with information about the missing girl that others would dismiss as crazy or attention seeking – the relationship between the two is special, an immediate friendship begins.

Schneider’s writing style is fantastic and I particularly love the depth of the female characters and their relationships to one another, this is something I would have loved to have seen more of in aforementioned Pfeiffer film.

The male characters weren’t quite so well developed and to be honest, most of them were sleazy and condescending asses anyway. Taking this into consideration, I would consider this to be a slightly warped version of a girl-power book.

The ending of Fear Dreams was satisfying and tied up all the loose ends neatly, I’m actually quite sad to be saying goodbye to all of the characters so soon and would love to read more about them. If J.A. Schneider is reading this… Sequel please? 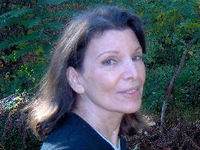