When the Past Kills by M J Lee – Book Review

When the Past Kills by M J Lee – Book Review 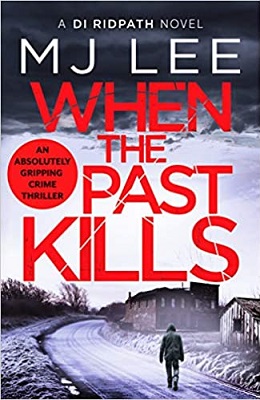 When the Past Kills
DI Ridpath Crime Thriller Book Five

The past is never over. It’s just waiting for an opportunity to return…

When the notorious serial killer the Beast of Manchester was captured, the streets should have been safe. Except the police got the wrong man. An innocent person was convicted, and only later was the culprit put away.

Now, those connected to the case are being targeted. Someone wants revenge. DI Thomas Ridpath has to relive the horrors all over again. As the bodies stack up once more, Ridpath knows the answers lie in the mistakes made the first time round.

But as he is searching for clues from years ago, fresh terror awaits. While Ridpath seeks to save lives, he risks overlooking the greatest danger of all – and losing more than he can stand.

DI Thomas Ridpath is back in the fifth book in the ‘DI Ridpath Crime Thriller series’. The book opens with a video link sent to his boss, Mrs. Challinor, of a live hanging of an Ex-Coroner and then the plot goes back in time four days, with the smashing of a gravestone and the hanging of two dogs.

DI Ridpath still works for the Coroner’s office but he only has a week left until he is back at MIT (Major Incident Team) full time. The new MIT boss gives him the job of finding information on the killing of the dogs. Ridpath thinks it should be handled by the local police, not the Major Incident Team but his new boss isn’t his biggest fan. It turns out that the dogs and the grave attack are the first in a long line of killings on people who were involved in an old case of Ridpaths.

Back in 2008, Ridpath apprehended James Dalbey for the murder of numerous women, though he was only convicted on the evidence of one. Ten years later he was cleared of the murders and the real murderer was brought to justice dubbed the ‘Beast of Manchester’. Present-day, as more deaths occur of people involved in the James Dalbey case, Ridpath is sure that James is after retribution, that is until new evidence comes to light that gives him a very good alibi. How can so many people involved in the same case be being targeted if not by the innocent man they put behind bars?

When the Past Kills has brought the DI Ridpath series full circle and incorporated the story within the first book into this one. As usual with the series, we get to hear what the killer is thinking and his plans as well as Ridpath’s thoughts and processes.

The book is fast-paced and there is always so much happening that it is hard to put down. I’ve loved this series since I read the first book ‘Where the Truth Lies‘ back in 2018. Ridpath is an amazing, realistic character who you can’t help but like. I love how his mind works and how he pieces the evidence together.

What I especially like about the series is that whilst we do get to know about Ridpath’s home life and his family, these sections are only small and the story mainly focuses on the cases at hand. I’m not much of a lover of police procedure books that spend too much time on the officer’s personal life, I want the grit and the thrill of the chase in these books, and you get that with this one.

I now can’t wait for book six in the series, especially with the way this one ended – Naughty Mr. Lee!

What did you think of When the Past Kills? Share your thoughts in the comment section below!