Today we welcome author Suz Korb with the cover reveal for her upcoming new book ‘Flutterby Girl‘. This is a cover reveal with a difference, the twist is that this book hasn’t even been written yet. 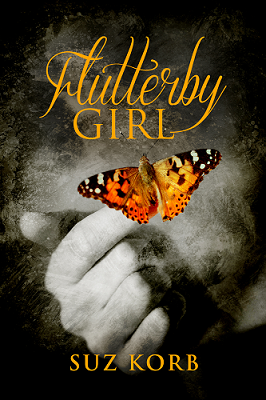 Suz Korb is going to write it live on Patreon. She’s written a novel live once before, chapter by chapter, on her blog. And now she’s doing it again with Flutterby Girl!

“I got the idea for Flutterby Girl, then I thought up a title, then I got the cover, and now I’m writing the story. I decided to write my two most recent books live because it pushes me, and it makes my imagination flow more deeply.“

Flutterby Girl will be posted on Patreon chapter by chapter, daily. You can read each chapter if you become a patron. She’s new at Patreon, so if problems arise she hopes she can deal with them quickly! It should be easy enough though.

Chapter 1 and 2 of Flutterby Girl is up on Patreon now, and I hope you will join me in this young adult journey. And of course Flutterby Girl will be published in paperback and ebook for all, once it’s finished. 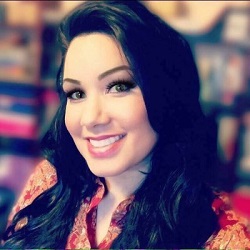 Suz Korb is a writer whose first published work of fiction was for the Boston Literary Magazine in 2010. It won a place in the Spring issue as the top story, launching her fiction writing career. She is now a British/American author writing in many genres.

Suz is originally from Hawaii, but she grew up in the North American state of Utah. She relocated to England in 2001 where she resides with her kids in the picturesque and pleasant countryside.