Dr. Mya Bishop, an expert on medieval mythology and folklore at the University of Cambridge, is more than she appears to be. Cursed, haunted by guilt, and desperate to be free from her terrible past, Dr. Bishop seeks the help of an animal specialist, Marcus Holland, from Australia.

In an attempt to uncover the mysteries behind Dr. Bishop’s curse, Marcus upsets the internal balance of emotions and the habits that have kept Dr. Bishop’s dark secret hidden from society. No longer able to conceal her true nature from the world, she finds herself facing a new menace that is relentless in pursuing her for one purpose, to kill her.

It’s a stunning thrill ride, a tale of ill-begotten revelations and long-lost evil that will have you dreading the glowing night sky.

Dr Mya Bishop is a University professor who has lived several lifetimes, hiding away from society, however she is now a member of staff at Cambridge University where she researches mythology and folklore in the hope that she will find answers to the werewolf curse that plagues her.

She has reached a point where she knows she can’t stay hidden any more so she enlists the help of Marcus Holland, an animal scientist who specialises in dingoes and wild dogs.

He’s disturbed to learn what she is and the things she has done when in wolf form, however he decides to stay to fully study her condition in the hopes of finding a cure for her. He knows that she is terrified of what she is capable of an struggles to maintain control over her wilder nature, which is what draws him to stay.

However, while they are performing slightly ill-thought-out tests on her wolf form, she wanders off and kills a young girl. The girl’s father is an influential member of parliament and instantly goes off the rails, determined to see the werewolf dead. To this end, he hires a group of ex-IRA mercenaries to hunt down the beast – though this doesn’t go quite to plan.

Unfortunately, poor Marcus seems to take most of the beatings in this book despite only being the hired help!

I would have loved to have read a short chapter through the eyes of the werewolf herself, to get a feel for the animal mindset and instincts this particular werewolf creation has.

The one thing that did come to my attention throughout each chapter was the very formal and rigid use of language which was applied to each character, this was a little bit hard to ease into even though the story was excellent because all of the characters would use the same kind of language to express themselves.

At the beginning of this book, we read the content of one of Dr Bishop’s lectures about lycanthropy, which clues in the readers who are less au fait with werewolf lore (I’m a massive folklore nerd, I was already all over this!) so that the remainder of the book makes sense.

During the investigation by Marcus, there is a balance between science and the supernatural to explain the werewolf phenomenon as well as a theological perspective from the Priest which I found particularly thought provoking.

As a Brit, I did find a few parts of this book quite funny; that a werewolf could romp around Essex bumping into a TOWIE cast member, use of the almost expletive ‘bullocks!’ and that the characters could walk around, carrying guns, without having a police helicopter and armed response unit following them for the rest of the narrative.

Forgotten Sin was an interesting read and a classic take on the werewolf legend viewed through the lenses of science, religion and supernatural. 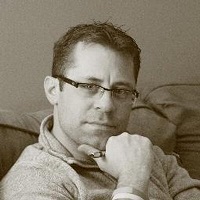 Brian Hershey began his writing career by self-publishing a teen novel, Accidental Impact, to increase awareness about underage consumption and drunk driving; which saw coverage in the Herald-Star in his home town of Steubenville.

Hershey also served as one of the Best of Round Judges for the Regional Power of the Pen Creative Writing Tournament in March of 2014 at Princeton Community Middle School.