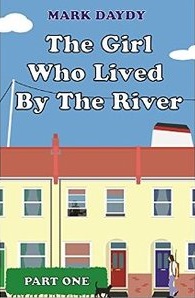 If you’ve ever experienced the joys and agonies of growing up (well, who hasn’t!) – then travel back to 1975 and meet Tom Alder whose life would be just perfect if only he had a girlfriend, some guitar skills and a family without quite so many skeletons in the closet.

London 1975 is the year that Tom Alder celebrated his 16th Birthday, it’s also the year that he had his first serious, high-school crush, on the prettiest girl in his school, Megan.

In an attempt to woo her, he made a serious error of judgement and told her that he was going to become a rock star, and that he had his own band. There was only one tiny problem – Tom couldn’t play a single note on a guitar, let alone sing or write music.

For those growing up in the 1970’s, this book will have you wandering down memory lane. With its authentic descriptions of not only the London Docklands area, but of the decades food, drink, music scene, clothing and everyday life.

The book is told through Tom Alder’s eyes as to what he endured during 1975, and the lengths that he went to, to try and make Megan like him as much as he liked her, although musically-talented Claire and ‘perky’ Cheryl, were never far from his mind either.

He gives you an insight in to what it must have been like being a teenager in the 70’s. We get in to his mind and discover how a teenage boys mind really works, especially when it comes to the opposite sex. We Follow his best moments and his worst – Caught with his hand up Cheryl’s top at school, and join in his emotional journey that being a teenager truly is.

"The Girl Who Lives By The River", will have you laughing out loud at one boys coming of age, and his trials and tribulations of trying to get the girl he ‘loves’. It will keep you in suspense at family secrets, and cringing at the antics that Tom and his mates get up to.

This is part one of a four-part series of Novella’s. The book, although interesting and engaging, didn’t quite have me hooked until right near the end. Now I must read part two! I need to find out what happened in 1976, especially after the first book ended on a cliff-hanger.

Over the past 20 years, I’ve written extensively for radio and television (for both children and adults). In 2015, my sitcom series "The Best Laid Plans" ran on BBC Radio Four in the UK. I’m now developing a TV sitcom which has been optioned by NBC-Universal.

While I have an agent for my media work, I’m just getting started as an author. I have around six books planned and have enjoyed getting the process up and running with "The Girl Who Lived By The River".

To me, it feels like a great time to be an indie author and I’ve enjoyed setting up my first website and Facebook author page. I’ve also joined Twitter, which I guess brings me up to date (or has the world moved on again?).