How my Life in Lapland Created Magic by E.C. Hibbs – Guest Post

How my Life in Lapland Created Magic by E.C. Hibbs – Guest Post

Today on the blog we welcome author E.C. Hibbs, with her guest post ‘Frozen Inspirations: How my Life in Lapland Created Magic‘, as part of the blog tour for her new book ‘The Night River: The Foxfires Trilogy, Book Three’ which will be released on 19th December 2020. This post contains affiliate links.

E. C. Hibbs is an author and artist, often found lost in the woods or in her own imagination. She adores nature, fantasy, and anything to do with winter. She also hosts a YouTube channel, discussing writing tips and the real-world origins of fairy tales.

She won the 2019 Fairytalez Award for Best New Fairy Tale, co-holds the 2016 Independent Book Award for Best Anthology, and was nominated for the 2012 MIPA Award.

She lives with her family in Cheshire, England.

Frozen Inspirations: How my Life in Lapland Created Magic

In November 2015, I boarded a plane bound for Rovaniemi: the capital of Finnish Lapland. I stepped out into a frozen world, where the icicles hanging off the terminal windows were as long and thick as my arm. Then I travelled across the Arctic Circle and headed deep into the Pyhä-Luosto National Park: a place which would become my second home. 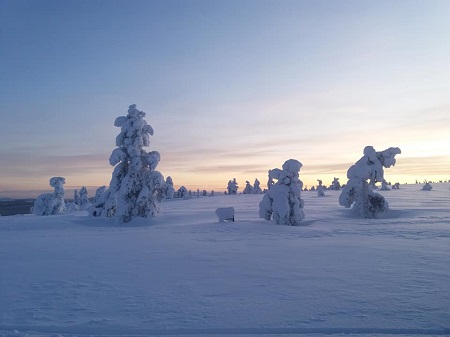 I’d always loved winter, snow and darkness, but I wasn’t expecting inspiration to strike me as hard as it did. During my first time in Finland, I felt a story weaving itself together, almost without conscious thought. I wondered: what if, in a fictional arctic, a boy with magical powers accidentally pulled the Spirit of the Northern Lights out of the sky? How would the two of them react? And how would he get her back?

Stories so often begin this way for me: the idea, followed immediately by questions. I interrogate the plot into existence, asking and asking until I understand it perfectly. Then I can watch it grow, like a snowflake around a tiny speck of dust. I realised from the beginning that I had something very special with the Foxfires Trilogy. It would also be something incredibly personal, as I decided to name the main character after my late younger brother.

I began planning and researching as soon as I returned to England. I devoured countless books and documentaries, and also used my own first-hand experiences. I drew on my familiarity with archery, bushcraft and shamanism. I studied animal behaviour and wildlife conservation at university, specialising in marine and polar, so I dug out all my old notes. And then, several months later, I headed back to Lapland. This was a pattern which would continue for five years. I settled into my cabin, stoked up my fire, and determined to live as much of my story as possible. I spent time with my indigenous Sami friends, learning about their history and way of life. I rode in a traditional reindeer sleigh caravan through the forest. I tasted Lappish cuisine, learned about reindeer husbandry and how to joik, and even suffered mild frostbite (not planned and not recommended!). 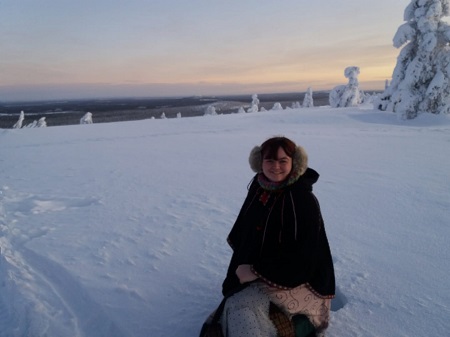 But it was the smaller things which left the largest impact on me. The way the freezing air makes you gasp for breath. The complete lack of moisture which leaves the snow so powdery. How quickly the light comes and goes in the dead of polar winter. The sheer silence of standing in the middle of a forest which encircles the entire planet. Indeed, some of my most beloved memories are quiet moments which, by themselves, would seem unextraordinary. One night, I sat on a snowbank under a star-filled sky, and several reindeer walked by, just a few feet away, and all I could hear were their bells and the clicking tendons in their knees. Several times, I stood in a field and watched the northern lights fill the sky. I was captivated by them; how could something so stunning and vibrant be so silent?

I thought, there’s a reason why there are so many legends about the aurora, from all over the world. I pondered them: stories of beauty, respect, fear. Some cultures say they are the ancestors, looking down on the living. Others say that they are dangerous and will strike a person if provoked to come closer. In Finland, the old story is that they are made by a magical fox sweeping up the snow with its tail.

The moment I learned that, the final pieces of my own story fell perfectly into place. I wrote the first and second drafts of all three books in 2017: the year my little brother should have turned eighteen. Over the following few months, around more visits to Lapland, I refined the trilogy into a testament to everything I had learned and adored. It was my love letter to winter, to the indigenous people of the north who I respected so much, the legends and stories which had captured my imagination since childhood.

Finally, in 2020, I released the entire series, to mark my brother’s twenty-first year. It was the most epic, drawn-out birthday present I could have conceived, but I wouldn’t change a single moment which led to its creation. The Foxfires Trilogy is more than I ever dreamed it would be, and it never would have come about without the incredible winters I spent in the Arctic.
My snowflake is made, and now it falls. 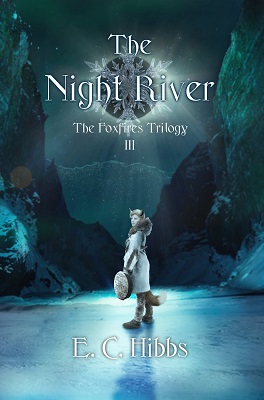 As the light returns, darkness will fall…

Spring is coming to the Northlands, but even as winter fades, an icy terror spreads. The three Worlds are on the brink of collapse, and ancient monsters rise from the earth, their wicked eyes set firmly on the mages.

Tuomas, still reeling from his defiance of the Great Bear Spirit, must finally face the reality of who he is. Mihka is furious with him, Elin refuses to speak to him, and the people do not trust him. As the villagers drive the reindeer back into the south to safety, he must set out with Lumi one final time to right his wrongs and keep the Worlds from falling apart.

​But this quest shall bring the greatest test of all, for it will take him into the Deathlands: a place where no living person has ever stood…

All orders, including pre-orders will include a 10% of royalties from the sale of each book in the Foxfires Trilogy will be donated to Adopt a Reindeer Foundation, to support the indigenous Arctic Sami people and help their traditional way of life to thrive. 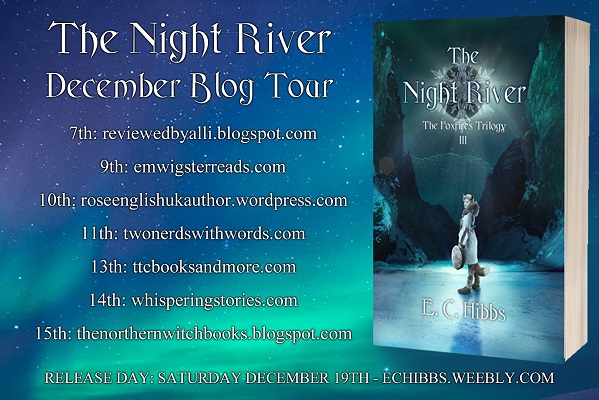