Today on the blog we welcome author James Hazel, with his guest post ‘Lombroso’s Ghost: Real Life Criminology‘, as part of the blog tour for his new book, ‘The Ash Doll’, which will be released tomorrow, 20th September 2018. 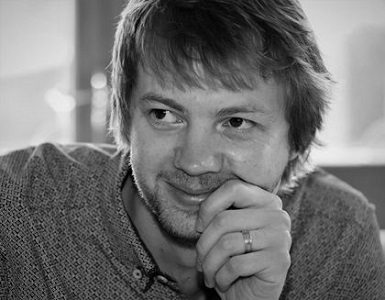 Before turning his hand to writing, James Hazel was a lawyer in private practice specialising in corporate and commercial litigation and employment law. He was an equity partner in a regional law firm until he quit legal practice to pursue his dream of becoming an author.

He has a keen interest in criminology and a passion for crime thrillers, indie music and all things retro.

The examiner, grim faced and grey-skinned, slides a piece of white paper across the table to the startled boy who stares at it apprehensively, as if it might suddenly come alive and eat him.
“You’ll need this,” he says, rolling a pencil towards the boy. “Just do as I say.”
Instinctively, the boy picks up the pencil and examines it. Looks down at the paper. Preys that he will not be asked to write his name, or address, or anything else that would betray his illiteracy. The paper and pencil are as alien to him as the large reel-to-reel tape recorder whirring in the corner.
“Just tap on the paper until I say stop,” says the examiner, not unkindly, but in a way that the boy will find hard to disobey.
“What?”
“Tap on the paper. Until I say stop.”
The boy looks down. The white paper is like a ghost, a sight that makes his blood freeze inside of him.
The examiner coughs, shifts his weight. The boy realises that this is a sign of impatience. He grips the pencil tight – tight enough that his fingers soon turn white – and starts to tap. Slowly at first, but sensing the approving nod of the examiner (anything to make him happy, get him out of here quickly), faster, firmer.
After ten seconds, the examiner calls the boy to a halt. Four or five taps after the command is issued, the examiner puts his hand on the paper and the boy’s frantic tapping – as if he could etch his freedom into the page – comes to an end.
The examiner takes the paper and holds it up to the light. Sighs. Places the paper down. Shakes his head. The boy risks a question:
“Did I do it right?”

This is the pencil tapping test; a long-forgotten ‘method’ of establishing criminal tendency relied on by one Dr Donald West in a 1962 study of some 400 boys in South London aged eight or nine who were followed for eight years and regularly ‘tested’ for criminal delinquency with a variety of methods, including that described above.

If you are interested (and arguably you shouldn’t be: the test is actually useless), the spread of dots on the page purportedly indicated to the examiner the type of test subject with whom he was dealing. A small, steady spread of dots centred around a defined area suggested an introverted, ‘normal’ boy, whereas a larger spread, one where dots were scattered across the page for instance, suggested a delinquent; one who was likely to steal the pencil he had been handed. A focused, virulent stab on the same spot was a very worrying result. This boy would probably use the pencil to murder the examiner.

All of this demonstrates in a microcosm the very British pursuit of trying to identify the cause of crime through a person’s characteristics. The genesis of this is typically attributed to the Italian Criminologist Cesare Lombroso, who first expounded the idea that criminals could be identified by reference to certain physical anomalies. If you’re wondering, then the list includes a sloping forehead, long arms and big ears.

In short, Lombroso advocated a biological explanation for criminal behaviour. In other words, some people were genetically wired to commit crime and these people could be identified through testing. In the post-war period, Lombroso’s ideas were largely discredited with the rise of sociological based explanations for crime. Lombroso’s case was not helped by his interest in the occult, and his unwavering belief in the spiritual realm.

There, we might have left Lombroso behind, as a mythical figure of fun, just another stop on the carousel of nineteenth century curiosities.  Except that we have come full circle. Neuro-criminology explores, among other things, the theory that violence can be caused by clinical disorder.  The central kernel is that crime is influenced by biological factors, as well as social-economic ones.  This includes maldevelopment of the brain, injuries, tumours and medical conditions, all of which, although posited in twenty-first century terms and supported by twenty-first century science, eerily mirror the ideas of Lombroso, whose ghost seems to linger yet. 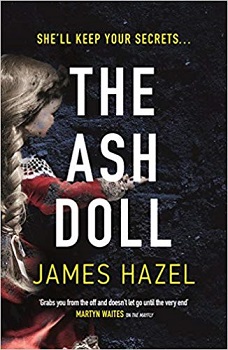 The past had been buried. But now someone has remembered . . .

Prolific lawyer Charlie Priest has bet his career on one case, but when his star witness turns up brutally murdered on the first morning of the trial, things start to fall apart.

Priest knows there’s a vicious killer out there, but as the bodies begin to pile up, he soon realises that he’s caught in a web of corruption that protects a deadly secret: one that threatens to tear him and those he cares about apart. And Priest has demons of his own to battle, suffering from dissociative disorder, a condition so destructive that it leaves him questioning the truth of his own existence.

Can Priest uncover the truth before it’s too late?

You can find out more about James Hazel by visiting the website/social media sites below. 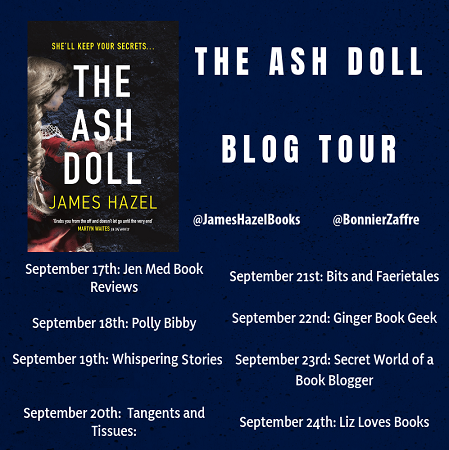