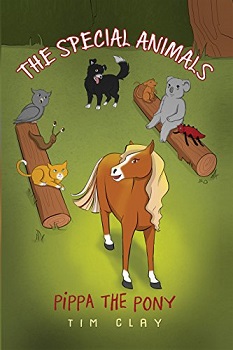 Pippa the pony is shocked and saddened to learn that she is different from all the other ponies: she has no tail! But then she finds a wonderful place called Wonder Wood full of animals as special as her!

There’s Sid the homeless snail, Colin the cat with no whiskers, Dylan the dog who can’t bark, Suzie the spider with seven legs, Molly the mouse with a twitch-less nose, Katie the koala who can’t sleep, and finally Ollie the owl who can’t turn his head the whole way round.

One year old Pippa the Pony was born without a tail. The other ponies laughed at her, and didn’t want to play with her because she was different, but Pippa couldn’t of even of seen her tail, even if she had one, so she didn’t understand why the others were being nasty to her.

One day Pippa was very upset and ran away into the forest that was next to the farm called, the Wonder Woods. When she had gone far enough, she sat down and started to cry. Suddenly she heard movement, and then saw lots of other animals coming towards her.

They wanted to know why she was crying, when she told them it was because she was different, they laughed. Each in turn showed Pippa that they were not perfect too. From a cat with no Whiskers, to a dog that couldn’t bark, each animal had something different about them.

They made Pippa realise that she wasn’t alone, and that there was no shame in not having a tail.

This is a short book, but it does contain a lot of writing, so wouldn’t be suited to a new reader, or one just learning, more an accomplished reader.

The book teaches children that not everyone is the same, and that although some people/animals, may look different, doesn’t mean that they are on the inside. It also shows them how upsetting it can be for the person if people make fun of them, or treat them differently, just because of how they look.

There are a few colourful images throughout, each depicting the animals and their difference, which really brightens up the book.

I do have one little issue with it, and that is the font in which it has been written. The letters are very thin and the e’s look like Pacman. Not easy to read.

Pippa the Pony is an interesting book, one which I presume is going to be part of a series. 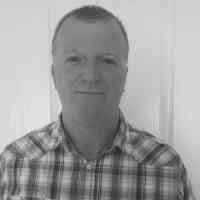 Tim Clay is a former soldier and restaurateur who self published a book about his early military life. Tim served in military intelligence and is fluent in many languages. Tim lives in North Yorkshire with his wife and five children.