The Scorpion by John A. Autero – Book Review

The Scorpion by John A. Autero – Book Review 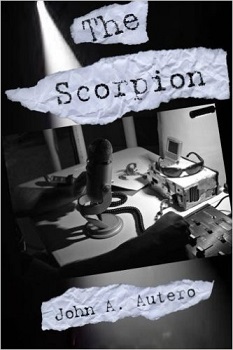 You watch the TV news every night and think you know what’s going on… think again.

Three friends stumble upon information that describes an underwater excavation site and refinery that processes a newly discovered source of energy. Who built the site? What is the fuel used for? What happened on December 26, 2004?

The friends are determined to reveal the truth about their findings to the public and realize that just because something is legal doesn’t mean it’s right.

“The Scorpion is a Techno-Thriller on steroids!”

If I rated books by the speed that I read them this would be a certain five stars. It was well written, well edited and the action moved at a pace.

John A. Autero brings us believable science fiction and a US government conspiracy which I would like to think was not so believable, but who knows? All this was wrapped around a tense road trip by the three friends as they tried to escape capture by government agents.

I was interested to discover that Rhodophyta actually exists in our oceans although I have no evidence that anyone has managed to use it as an energy source – yet!

During the last few chapters I felt that the story was losing its authenticity but then the author brought the whole story together with a link that I had not seen coming.

The book ends with plenty of hints of more storylines and I look forward to reading more from John A Autero in the future. This was an enjoyable read and it fully deserves my award of four stars.

John A. Autero is an indie author of techno-thriller adventure novels. An engineer by education, John employs a technical style of writing that combines existing technologies with those that are yet to be developed.

John enjoys anything sci-fi, automotive, heavy metal and ballistic. Always a fan of government conspiracies and black-ops, stories like “The Terminator” and “The X-Files” are always on his list of favorites.

John was born in the United States and has spent his entire life there, where he happily lives with his wife and pets.