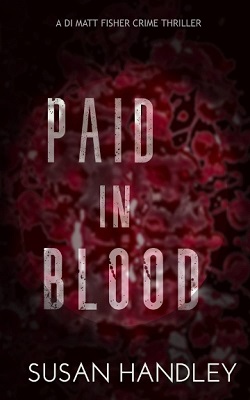 A dead celebrity loved by the nation.

A blind detective with something to prove.

When a well-loved celebrity is found murdered at a glitzy art event, DI Matt Fisher is faced with his first big case since being blinded in an acid-attack. Despite most people thinking his return to his old job is an impossible task, Fisher is determined to prove them wrong.

With his guide dog Luna at his side and the assistance of eager yet inexperienced DC Beth Nightingale, Fisher must find a way to see through the lies and expose a ruthless killer.

He’s had his fair share of bad luck in the past but has always managed to bounce back. Can he do it again, or are his days as a detective numbered?

Recently blinded DI Matt Fisher is called out with his new partner DC Beth Nightingale to a murder. The scene that greets them is a star-studded art auction for charity hosted by Olympic Gold Medallist diver Lucy Stirling turned artist, she is also the person found murdered, having had her head bashed in with a bronze statue.

The event is full of celebrities, million/billionaires, Lucy’s family, and friends, plus the staff. Any one of them could be the culprit. It is up to DI Fisher and DC Nightingale to work the scene and find their killer, not easy when it would seem that everyone loved Lucy.

With Fisher’s boss looking for any excuse to accuse him of no longer being able to do his job, this case is vitally important to him and he needs to bring the culprit to justice quickly. Easier said than done when they have no motive and no one saw it happen.

Paid in Blood is the first book in a new thriller series by author Susan Handley. I loved the character of DI Matt Fisher. He is a man who has fallen on hard times. He lost his sight in an acid attack, he split from his wife and had to move into a new home, with his guide dog Luna. He loves his job and is certainly good at it, though he does face prejudices and hard times because of his visual impairment.

The case is complex given that it happened to a celebrity at a celebrity auction. Getting the rich and famous to be helpful isn’t easy. From the beginning, I had my eye on one character but as the storyline progressed I swapped and changed my mind a couple of times, though I can’t say I was surprised by the outcome.

The plot was intriguing and having a blind detective (I think this is the third book I’ve read with one) always adds a little extra to the main character and the story as you get to see what they see by the power of the other characters descriptions to the DI.

Paid in Blood is a decent start to the new series with well-developed characters that I look forward to meeting again. There were no loose ends left untied as everything was wrapped up nicely. The only things I did find were that the pacing felt a little slow for a thriller and that I was expecting something a little edgier and darker.

Susan Handley grew up in England, in the Midlands and despite a love of literature, and crime fiction in particular, she never dreamt of being able to carve out a career as a published writer. But the desire to write never left her and after years of writing by night she has at last been able to share the results of her efforts.

Susan now lives in a small village in rural Kent with her husband and two cats. When she’s not indulging in her love of writing crime fiction she loves walking (the hillier the better), bike riding (the flatter the better) and tending her veggie patch.

Susan has published three novels. A Confusion of Crows is the first to feature DC Cat McKenzie, a one-time marine biologist turned detective. In the second in the series, Feather and Claw, Cat is holidaying on the sunny isle of Cyprus when the death of a fellow guest sees her put her holiday on hold and turn detective. In the third Cat McKenzie mystery, The Body Politic, Cat finds herself investigating the violent death of local councillor. As she uncovers the truth, Cat learns as much about herself as she does the dead man.