The Ascension of Greenville by Anna Pattle – Book Review

The Ascension of Greenville by Anna Pattle – Book Review 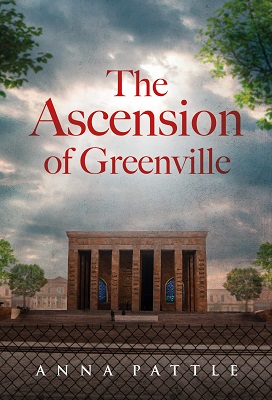 The Ascension of Greenville

The town of Greenville, Utah, is dominated by the Septosect religious cult and its leader Harrison who has ambitions for increasing his religious control over the area. Living amidst the threat of a fatal virus, which could take a whole horde of people at a time, the members of the cult look to the Septosect’s ideals as a way of life, hoping that a divine entity will spare them from their doomsday. They are trapped by Harrison’s reminder that leaving the town would mean divine condemnation.

Deception about the virus, fake news and religious fervour keep the community isolated, but the death of a young girl leads to suspicions over the motives of Harrison. Living amidst the virus makes life feel desperate for Greenville’s community members, who feel that each passing month is precious but futile. The cult members must choose to believe if the seven principles of the Septosect will lead them to the truth, or to their deaths.

The Ascension of Greenville is a short novella at just 72 pages and as such, I can’t really tell you too much about the plot without giving anything away.

The book is set in Greenville, Utah and within the Septosect religious cult. Their leader is Dr. Harrison who uses a global virus to close ranks, keep his flock in order, and get everyone to obey his orders.

The book is split into seven chapters. Each chapter is one of the seven principles that the members of the cult must follow – Honesty, Obedience, Love, Ambition, Faith, Loyalty, and Knowledge.

Each of these seven chapters is also told from a different cult member’s point of view, starting with the leader. Whilst it was interesting to hear from different perspectives there wasn’t any warning that the character was changing and as such I was halfway through the second chapter when I realised that I wasn’t still reading about the leader but another member and I only noticed this because there was a mention of them being someone’s daughter, whereas the leader is male.

Once I had realised that the character was going to change with each chapter I then played a guessing game of whose point of view I was going to be reading next as the author never states whose head she is in. It’s not something I normally would like but with just seven chapters it didn’t overly concern me, any longer and I might have given up as it isn’t a game I particularly like to play, I prefer to know from the start who I am reading about.

The plot was interesting. It was very religious but I feel that the author has tried to show you the inner workings of a cult and how they get their flock to believe everything they say and how they cut them off from civilisation. It was nice to see that there were some free thinkers in the cult, but that doesn’t mean that they could escape the life that had surrounded them.

If you like books that make you think, show you how easy it is that cult leaders can manipulate people onto hanging onto their every word and opens your eyes to the world around you then give The Ascension of Greenville a read. It is short enough to read in just one sitting as well as being an intriguing and engaging book.

Anna Pattle is a 17-year-old student at Wycombe Abbey School currently doing her A Levels. She found the inspiration for this book while being locked down in London for the 2020 COVID-19 pandemic. This is her second novel, the first being Sardaron, a fantasy fiction novel which was published in 2018.

Anna enjoys creative writing in her free time and this short book was the culmination of thoughts about how an isolated community might respond to the threat of illness and loss of freedom. Anna aims for this book to provoke thought about global responses to COVID-19. 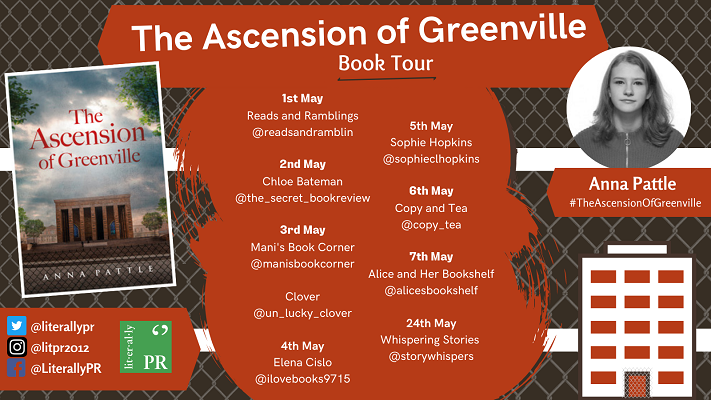 What did you think of ‘The Ascension of Greenville’? Share your thoughts in the comment section below!