The Conspiracy of Silence by Augustine Sam – Book Review

The Conspiracy of Silence by Augustine Sam – Book Review 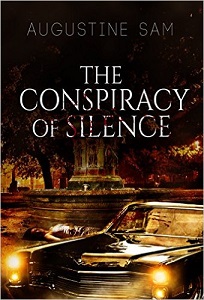 An exposé on the murky world of high-stakes politics…a depiction of the life-and-death struggle of a young female lawyer who goes to great lengths to outwit a diabolical trio in order to save her lover from a murder rap.

The conscience of a town steeped in sexism, vanity and hypocrisy is pricked by the brutal murder of a mysterious woman in an LA park. But the shock is transformed into a steamy, seductive scandal when the corpse turns out to be Susan Whitaker, the flamboyant wife of the governor of California.

A secret lover/blackmailer theory leads to the indictment of Hollywood’s most influential black celebrity. It is only the beginning, for Susan Whitaker, in fact, did not exist.

Little does anyone realize that this colossal fraud is a mere curtain raiser to a chilling world of ugly skeletons dating back to the assassination of a U.S. senator in a Washington hotel sauna, skeletons connected to riveting sex scandals in high places, skeletons the FBI and political kingmakers will kill for…

THE CONSPIRACY OF SILENCE

We all like a fight against corruption, and battles between those in power and the underdog. This story had both and the background of the victim promised much of interest. However, for me the narrative was not convincing.

Since I finished the book I learned that Augustine Sam is an experienced professional writer, and he tried to set the mood by painting us pictures of the characters and scenes, some of which I engaged with but overall the descriptive passages were not as strong as I’d hoped.

There were rather a lot of characters so some way into the book I returned to the beginning and skimmed through noting the various names and connections which certainly helped. I’m assuming the legal points were accurate but one or two of the arguments and processes I did not find convincing.

The book culminates in an all-action scene followed by a classic courtroom drama where justice appears to be done. The whole story is then wrapped up for us, with some twists, but by then I am sorry to say that I was no longer gripped.

I have commented before on this site how much I respect the work and determination of all writers and that includes Augustine Sam. If you like thrillers with a legal twist you may well enjoy ‘The Conspiracy of Silence’ but for me the writing style was not something with which I could completely relate. For this reason my recommendation must be limited to three stars. 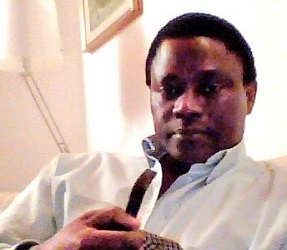 Augustine Sam is a bilingual Italian journalist and an award winning poet. A member of the U.K. Chartered Institute of Journalists, he was formerly Special Desk editor at THISDAY newspapers, an authoritative Third World daily first published in collaboration with the Financial Times of London.

He later became correspondent for central Europe. His poems have been published in two international anthologies: The Sounds of Silence & Measures of the Heart. One of his poems, Anguish & Passion, was the winner of the Editors’ Choice Awards in the North America Open Poetry contest, USA.

Augustine’s début novel, Take Back the Memory, a contemporary Women’s fiction, received a Readers’ Favorite 5-star medal. His second book, Flashes of Emotion, a collection of poems, was the 2015 International Book Award Finalist. Augustine lives and works in Venice.