The Moment Between Two Thoughts by Nick Crutchley – Book Review

The Moment Between Two Thoughts by Nick Crutchley – Book Review 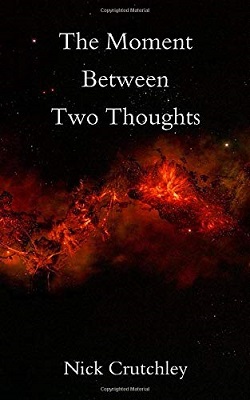 The Moment Between Two Thoughts
Quantum Dream Book One

As the Blood Plague decimates Earth’s population, an angel battles to save those aboard the starship, New Hope.

Aboard the starship, New Hope, Gaia QAI, a rogue quantum artificial intelligence, shapes the collective dream of those in stasis to deprogram them of avarice and egotism. But her desire to establish a colony that lives harmoniously with another planet’s biosphere is threatened when a malevolent QAI, Chaos, emerges in Psychnet. As a mysterious plague suddenly spreads across the globe, Chaos QAI corrupts the collective dream of those of those aboard New Hope, and enslaves all in a mental hell.

Despair, misery, follows, until Gaia QAI seeks out her creator, and a quantum angel rises.

The Moment Between Two Thoughts is a genre-bending, thought-provoking science fiction that delves deep into whether humanity can overcome its flaws and build a new life.

Set in a future where human minds are connected to a vast, over-arching “Quantum” AI network, the world has been devastated by ecological collapse and human greed. Aboard a starship heading for a new planet, an AI called Gaia uses the collective dream/subconscious connection of the humans in stasis to try and reshape them to be less destructive. Unfortunately, another AI, Chaos, attempts to thwart her plans by trapping the humans in a hellish, fantasy setting. What ensues is Gaia’s attempts to fight back against a force that seems to have an advantage from the start.

A great deal of the novel takes places in this fantasy world, which is dark and full of despicable characters. These weren’t my favourite parts of the novel, as the longer the novel spends in this setting (in my opinion, far too long) it grew a bit too grim for me. New characters are also introduced in these chapters, but many die or disappear from the story, so I found my attention wavering.

What I really enjoyed about the novel was the prose. The author writes in an exceptionally elegiac way, with concise but gently flowing sentences, reminiscent of poetry. In fact, there are moments of actual poetry dropped in, which suit the story and the scenes in which they are featured. The style of the writing really draws you into the world(s) he creates.

The novel reminded me of Permutation City by Greg Egan, in that it’s a smart, almost philosophical, experimental approach to technology and a future that is terrifyingly feasible.

For those who enjoy what other genres are used to explore hard sci-fi themes, The Moment Between Thoughts is a stimulating read that is fueled by issues that are already poignant in our less-advanced society today.

I roam the Scottish Highlands in search of new stories. Using my experiences as an environmental scientist, conservationist and teacher, I write science fiction and fantasy, and about my struggle with mental illness.

Below you will find posts relating to my poetry, stories and adventures, experiences with mental illness, and thoughts relating to humankind’s destruction of Earth’s biosphere.

What did you think of The Moment Between Two Thoughts? Share your thoughts in the comment section below!