Today on the blog we welcome author Dick Wybrow, with his guest post ‘Writing Ghost Fiction While Not Freaking Out‘. Plus you can find out about his new book, Hell to Pay, released 18th April 2020. This post contains affiliate links. 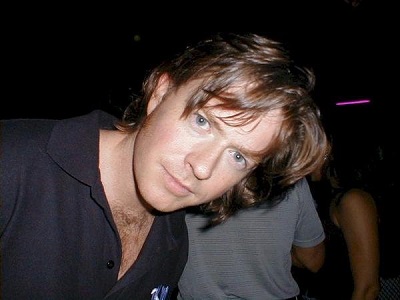 Dick Wybrow is a Canadian author. His novels are mainly set in the US, where he grew up. A former stand-up comedian, Wybrow is a humor writer who crafts thrillers that incorporate elements of suspense, horror, mystery, science fiction and fantasy.

At the age of six, Dick was given his first book by his father. It was Wind in the Willows. Naturally, that put Dick off reading for several years.

After discovering Hitchhiker’s Guide to the Galaxy by Douglas Adams, the love of reading returned. And with it came the compulsion to get lost worlds like Douglas had created.

Dick lives in Auckland, New Zealand with one wife and two cats.

Writing Ghost Fiction While Not Freaking Out

I never planned to tell stories about ghosts. Or devils. Or naked voodoo priestesses.

However, as a favorite film character once said: But what you plan and what takes place ain’t exactly been similar.

Currently, I am writing two series.

The Hell inc Series is about a group of people who find themselves in the middle of a war between two factions in Hell. The Devil is fighting off a takeover bid from Hell inc, which is an upstart populated by some “new blood” down below. Dead lawyers, accountants, brand managers and the like. This coup is led by the former CEO of Baby Gap (Book 2 of this series Hell to Pay is out today).

The Painter Mann Series is another breed of story altogether. It’s about a man who has died and decided to become a private investigator. His work helps the dead who are trapped between worlds– the InBetween– move on.

So, yeah, some heavy ghost-on-ghost action.

And, in truth, it’s a world that even freaks me out. Which is weird, because it’s one I created.

Or, more correctly, my subconscious did.

The Hell inc series is more planned and plotted but not overly so. The Painter Mann series is just me sitting down and letting my subconscious take over. The dark, hidden recesses of my mind are what create this strange world and its characters.

You could argue– and many have– that one of the taskmasters in one’s subconscious is fear.

Carl Jung said as much when writing to a troubled woman who’d lost her mother at an early age: Where there is fear, there is your task!

Stephen King has admitted being scared by his own stories.

“Yeah, from time to time… I don’t plan much in advance. I sort of know where I’m going, but the specifics, I let those appear as the writing goes on. So a couple of times I’ve been able to scare myself. I know that when I was working on The Shining and writing about the woman in room 217 when the little boy Danny goes up and sees her in the bathtub. That scared the hell out of me.” (Associated Press, Sept 2017)

The great horror writer Shirley Jackson who wrote the beautifully terrifying The Haunting of Hill House partnered with her fear to write: “I have always loved to use fear, to take it and comprehend it and make it work and consolidate a situation where I was afraid and take it whole and work from there.”

But not all writers have the same relationship with things that terrify them. I asked author Jeff Menapace– whose evil living characters can be more chilling than many in the paranormal realm– if he is ever freaked out by his own writing.

He told me he approaches writing with different mechanisms than I do: “There are times where I’ve written a scene and thought it was too over the top or I’d gone too far, but more often than not, those scenes usually end up on the cutting room floor either thanks to my wife or my editors.”

Horror-comedy writer Jeff Strand echoed this sentiment: “No, I don’t freak myself out. I’m too close to the writing on a purely technical level–I feel like a magician who knows exactly how the trick is done, and so I’m not stunned by the illusion. Similarly, my books are packed with humor, but I don’t laugh at my own stuff!”

The two Jeffs are both fabulous creators but do it from a different place. So they’re not, well, haunted by the characters in their books.

Mine lurk in shadowed closets. Await me in the bathroom when I’m making one of my 3am stumbles toward the toilet. They stare at me from outside, at night, crouched low next to the azalea bushes– which as I look over now in the daylight realize they need a serious trim. Hmm.

On my novel The Night Vanishing, one reviewer wrote: “What a strange, wonderful world the author has created… it almost makes you believe this other world really exists!”

That’s part of the trick! And by “trick” I don’t mean something as simple a coin flip that keeps coming up heads. It takes a lot of work and wine and thinking to sell this far-out idea to make people believe that when they look into the dark corner, maybe there’s something looking back.

Here’s my secret: Writing these things down evicts them from my own brain.

This does two things. One: it manifests an ephemeral terror onto the page. Almost something tangible, so, maybe, it gives me a chance to deal with it. Two: Now I’ve infected someone ELSE with my terror, so we’re sharing the load.

My writing doesn’t manifest these spirits in me. Instead, it kicks them out of my subconscious.

And puts them into yours. 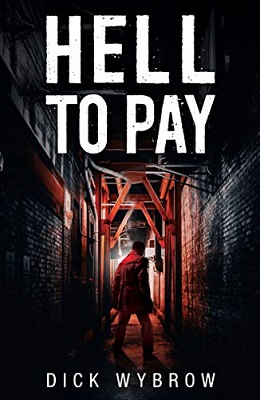 The Actor is in trouble. The Running-From-the-Devil kinda trouble. Actually, he’s now literary running from the Devil.

Having joined Raz on a quest to save that man’s wife, The Actor saw first hand the power of the Crossroads.

So, in an attempt to save his ruined career, he does the unthinkable: the Actor makes his own deal with the Devil to become the “King of Hollywood.”

Of course, he was tricked.

He needs Raz to help steal the contract back. To come up with a plan to do that, they’ll need the gang back together.

But Anza, their brilliant planner, is now missing somewhere down in Mexico.

And, they’ve just gotten the news that their geriatric pilot, Uncle Jerry, was killed by an angry drug lord.

Their already impossible task has just become harder: the Actor is being hunted by a 19th-century gunslinger named Sally, who is hellbent on putting him down, making him an eternal slave to the Dark Lord.