Today we welcome author Ian Roberts with the cover reveal for his upcoming new book ‘The Nandi Bear‘, The fifth book in the Deeper Realms Series. It will be released on 7th June 2019. This post contains affiliate links. 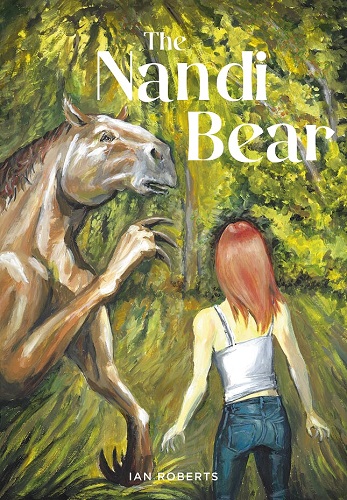 “‘Go,’ she hissed, fighting the fear which occupied her mind, ‘go get Adam …’ She kept her voice low and measured, little more than a whisper, her eyes locked on the huge tapering muzzle.”

With her fiancé’s life in danger, palaeontologist Eve Wells finds herself forced once more to aid the enigmatic Ravenna Friere, travelling to the jungles of West Africa to investigate a team of scientists hunting a legendary creature.

But the Nandi Bear is no mere African folk-tale, and as Eve begins to suspect that at least one long extinct creature still roams the ancient woodland, she finds herself plunged into a series of terrifying events, which both shake her faith in her time travelling companion, and leave her wondering at the identity of the enigmatic woman who steps in to save her.