The Writing Life of: Suzanne Goldring

This week I am thrilled to be interviewing author Suzanne Goldring. Suzanne will be sharing with us details of her writing life, telling us all about her new book ‘The Shut-Away Sisters‘, which will be released on 29th June 2021, and answering a few fun questions too. This post contains affiliate links. 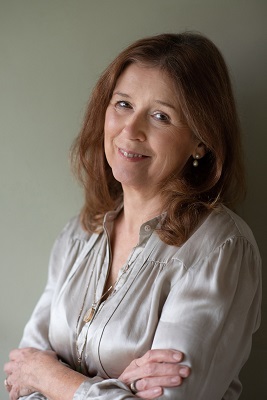 Following an eventful career as a public relations consultant, specialising in business and travel, Suzanne Goldring turned to writing the kind of novels she likes to read, about the extraordinary lives of ordinary people. Her debut novel MY NAME IS EVA draws on her experience of volunteering in a care home and was partially inspired by a cache of wartime love letters which were saved from the flames.

Suzanne writes in her thatched cottage in Hampshire and a seaside cottage in Cornwall.

I have always written stories from as early as I can remember. I started my first novel at the age of thirteen and the second at nineteen. Both were terrible and were never finished, but the ambition to write a full-length novel never left me.

I was a voracious reader and the first books I really remember were Enid Blyton’s Adventure series, such as The Island of Adventure, which I could not put down and read in bed at night.

Putting the unfinished childhood and teen attempts aside, MY NAME IS EVA was prompted by the mischievous confessions of two lovely elderly ladies, now long departed. They made me think about the hidden lives of our aging relatives and how we have to encourage them to tell their stories before it is too late. Then I was given a cache of wartime love letters written by a Great-aunt to her young husband and discovered she was widowed after only a few years of marriage and went out to post-war Germany to work in refugee re-settlement.

My imagination began to construct a complex plot with these elements, asking what kind of secrets could be so terrible they could never be revealed?

I’m a bit of both I think. I plot in the sense that I research beforehand and pick out snippets I feel will be useful, but I never cram in every fact I find; I don’t want my books to be an information dump. I then work out the main characters and key scenes, but once I start writing, the characters take over and it’s an adventure from then on! However, I always seem to know where the plot will eventually take me and so far I’ve always written a draft of the final chapter early on. It’s the bit in the middle that’s the hardest, but at least I know where I’m heading.

I am fortunate in that writing is now my full-time occupation, so I can write whenever I want. But a typical day would mean me settling down at my desk by 9.30am, clearing up social media and emails, then writing for a couple of hours and then another couple after lunch.

I don’t work well late in the day or when I’m tired. I’ve also developed sciatica and back problems, so I am alternating sitting down with the use of a standing desk. I have to find time to do ten minutes of Pilates and a short walk every day and as I’m a mad keen gardener I found this is the perfect counterbalance to writing.

I love developing an idea and seeing the plot thicken, but most of all I love it when readers understand why the book has been written. To hear back from readers who’ve clicked with my characters and felt their emotions is wonderful. London, 1915. As German bombs rain down on the East End of London and hungry children queue for rations in the blistering cold, fifteen-year-old Florrie is forced to grow up fast. With her father fighting in the muddy trenches, Florrie turns to her older sister Edith for comfort. But the war has changed Edith. She has grown quiet, with dark shadows under her eyes, and has started leaving the house at night in secret. When Florrie follows her sister through the dark and winding streets of London, she is shocked by what she discovers. But she knows she must keep her sister’s secret for the sake of their family, even if she herself must pay the ultimate price…

Years later Kate, running from her broken relationship, is sorting through her dead aunt Florrie’s house, which she shared with her sister Edith. As she sits on the threadbare carpets, looking at photos of Florrie during the war, she notices the change in her aunt – from carefree young girl with a hopeful smile to a hollow-cheeked young woman, with dark sad eyes.

Determined to put her family’s ghosts to rest, Kate must unearth the secret past of her two aunts. Why is there a hidden locked room in the little house they shared? What is the story behind the abandoned wedding dress wrapped in tissue and tied up with a ribbon? And when Kate discovers the tragic secrets that have bound her family together, will she ever be able to move on?

A heartbreaking historical novel of war, tragedy and the sacrifices we make for those we love. Fans of Fiona Valpy, Kristin Hannah and Victoria Hislop will be hooked by The Shut-Away Sisters.

All my books have dual time lines and fortunately in THE SHUT-AWAY SISTERS the present day narrative is set in a period when I was working in PR consultancies, so it was a world I knew well. I researched the past, which stretches from 1914 to 1924, by reading about the lives of the civilian population during WW1 and about women’s rights and opportunities. I also had vague memories of stories my grandmother and Great-aunts told about their childhood experiences during that time of extreme hardship.

I spent roughly six months writing the first draft, then another three after receiving the structural and copy edits. However I’ve always done a fair amount of preparation before I actually start writing and in the case of THE SHUT-AWAY SISTERS I had written an earlier draft about ten years ago.

I’m described as a historical novelist, but because I write dual timeline in which the past is echoed by experiences in the present, I have never thought of myself as historical. Because I am fascinated by what makes people behave the way they do, I see it as an exploration of experiences and character development. I think it goes back to studying German and debating the nature versus nurture theory after reading Thomas Mann.

I generally pick names by checking what is appropriate for that period, whether past or present. So in THE SHUT-AWAY SISTERS I chose Florrie and Edith for the characters whose story begins in the Great War and Kate in the present day. But I also regularly look at the Daily Telegraph obituary column for interesting names. I think names must sound real, as if the characters actually exist and I am not a fan of jokey names, although I have to admit Dickens was good at that.

Florrie is calm and sensible and takes on the role as head of the household when her mother dies in the Spanish Flu Pandemic. Her older sister, Edith, has a fragile personality and is deeply affected by the loss of her sweetheart in the war. In the present day, Kate is a tough but compassionate career woman, who can’t forgive her unfaithful lover.

I felt the way I always do when I’ve finished a book – bereft. It is a strange feeling to live so closely with these characters for a long time and then realise their story is finished and I have to let them go. But I also needed a break from writing for a few days and spent some time catching up on my neglected house and garden!

‘He who kisses the joy as it flies, Lives in eternity’s sunrise.’

I am an optimist and I believe very much in finding the good in people and in the world. That has been very helpful during lockdown and I have resolutely found three good things to value at the end of every day.

At present we only have one long-haired ginger cat called Jimbo. Our older ginger cat died two years ago, but as Jimbo likes being an ‘only child’ we won’t find him a companion. In the past, in a house with a larger garden and land, I kept hens, Southdown sheep, Kune Kune pigs and geese. I also adopted an abandoned triplet lamb one year and bottle-fed him for weeks. He became so tame he would walk at heel like a little dog. 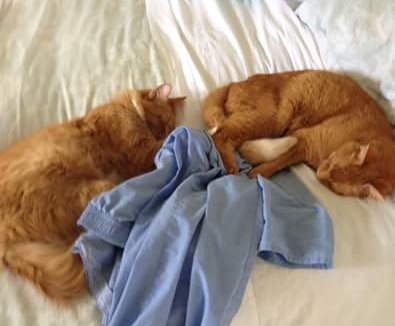 I read a wide variety of books and have just read A Sister’s War by Molly Green, about the experiences of a young girl who is trained to work on a coal barge during WW2. It’s such an enjoyable read and full of detail about life on the barges. And I’m currently reading Carol McGrath’s The Damask Rose, the second in her she-wolf queen trilogy, about Eleanor of Castile. Before that I re-read The Secret History by Donna Tartt – it’s a masterpiece in how to build characters and layer a story with nuance.

I could never act, so I’d have to be someone in the background, like Norah, the woman who helps Florrie in the house, particularly on washday. I can see myself with my head down over a deep Belfast sink, suds to my elbows, scrubbing hard.

It would have to be Elizabeth Goudge’s The Little White Horse where Maria travels with Miss Heliotrope to a fairy-tale castle. I want to see if I can squeeze through the tiny door with its horse-shoe door knocker, into Maria’s bedroom and find out what kind of biscuits are in that little blue wooden box on the shelf over the fireplace.

‘p-p-p-please may I have a chocolate biscuit?’

I would like to say a big thank you to Suzanne Goldring for sharing with us details of her writing life and for a wonderful interview.