The Wrong Side of Murder by Jeff Buick – Book Review

The Wrong Side of Murder by Jeff Buick – Book Review 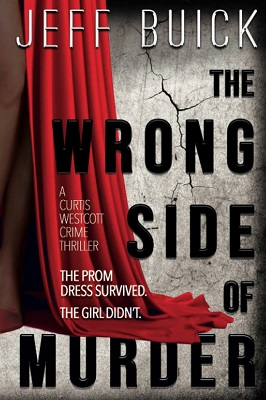 The Wrong Side of Murder
Curtis Westcott Book Two

Prom night and Darina was having a great time – until someone killed her and stuffed her body in a wall.

Now, twenty years later, Boston homicide detective Aislinn Byrne is staring at her friend’s dehydrated body, draped over a chunk of broken drywall. For two decades Aislinn wondered what happened to Darina – how and why she disappeared without a trace. Aislinn works the case hard, but it’s a convoluted path to the truth. Darina’s father, Alexi, was running organized crime rackets and was murdered six months before she went missing. The obvious question boils up to the surface – are the two murders connected – and if so, how?

Curtis Westcott, head of Boston Homicide, reopens Alexi’s unsolved murder and that puts him head-to-head with a trifecta of powerful gangsters. It’s a wall of silence, but Westcott gradually begins to peel back the layers. As he and Aislinn share information and both investigations move ahead, one thing becomes clear – the killer is still out there and watching their every move.

Jeff Buick’s novel, The Wrong Side of Murder, starts with homicide detective, Aislinn Byre, at the top of the rotation for the next murder case. A body wrapped in polyethylene was found stuffed behind a sheetrock wall during a building renovation. After Miss Byrne arrived at the scene, the poly was cut away from the body. Aislinn almost fainted when she recognized the red dress and hair. Twenty years ago, she had spent the day with Darina Volkov and two other girls getting glammed up for the prom. Darina didn’t make it to the prom and disappeared without a trace, never to be seen again . . . until now.

Aislinn’s boss, Boston’s Chief of Homicide, Curtis Westcott, was reluctant to assign the case to Byrne because of her close connection to the victim. But after she was cleared of involvement in the crime, he assigned the case to her, his best detective. Aislinn’s dad was a retired cop as was the dad of one of the other girls Aislinn spent that fateful day with. Curtis knew both of the retired cops. Darina’s dad was a gangster who had been murdered six months before that prom night. From the beginning, Aislinn sensed that the Darina’s murder was somehow connected to her dad’s murder.

What a great start to a novel. I was hooked when Aislinn identified the body in the first chapter. Working a case of a murder from twenty years ago was a complicated process and the author worked through it skilfully. The gangster angle turned the novel into a thriller as the murders kept adding up. The plot and great characters were developed masterfully and, in the end, the identity of the murderer was a shock. The editing was better than for most famous authors. The Wrong Side of Murder is another great read sent to me by Whispering Stories.

Jeff Buick writes fast moving fiction across numerous genres, including mystery, suspense, thrillers and crime. For Jeff, it’s all about the story. Nothing works without a great story relentlessly driving the action ahead. A tight plot with well-crafted characters means a psychological thriller geared for readers who love an adventure. Creating the characters who populate his books is second only to the plot line, and there’s no better place to find those characters than in the real world. Writing is in Jeff’s blood, and over the last twenty years he’s written twenty-three books.

A few years ago Jeff put out five books through a NY publisher, but the industry has changed and he’s now Indie publishing on Amazon. 2021 has been an incredible year, with A Killing Game, the first installment of the Curtis Westcott Crime Series, winning the award for International Thriller Writers Best Original Ebook category. The rest of the year is looking promising as well, with three new books set to be released, all with stories that will engage, enlighten and entertain the reader. Jeff lives in Calgary, Alberta which is wonderful in the summer, not so much in the winter.

What did you think of ‘The Wrong Side of Murder’? Share your thoughts in the comment section below!