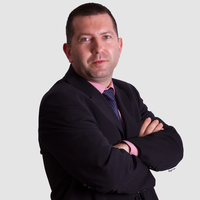 Nayden Kostov is the owner of the site www.raiseyourbrain.com a site dedicated to bringing you fascinating facts. He is also the author of two books, 1123 Hard to Believe Facts and Which is not True? (The Quiz Book).

He was born in Bulgaria, and has lived in Germany, Belgium and Iraq, before settling down with his family in Luxembourg.

With a varied interest, he has always suffered from an insatiable appetite for facts stemming from an unrestrainable intellectual curiosity. It has certainly influenced his academic background, and career.

After acquiring Master degrees in Greek Philology, German and English Translation, he graduated in Crisis Management and Diplomacy and, most recently, undertook an MBA.

His career has been equally broad and diverse, swinging from that of an army paratrooper and a military intelligence analyst; through to that of a civil servant with the European Commission, and presently, that of a clerk, performing purely financial tasks in a major bank. He is Member of MENSA.

Today Nayden will be sharing with us some of his fascinating facts in relation to books and authors. This post contains affiliate links. 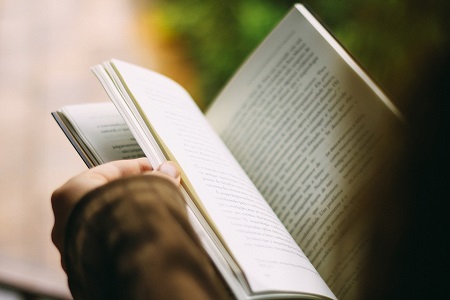 – J. K. Rowling’s manuscript of the first Harry Potter book was turned down by 12 publishers.

– ‘An absurd and uninteresting fantasy which was rubbish and dull…’ (excerpt from a rejection letter sent to William Golding for The Lord of the Flies).

Sometimes all you need is a little push

– James Fenimore Cooper’s wife dared him to write a book as she did not have anything good to read. Therefore, he created his famous novel ‘The Last of the Mohicans: A Narrative of 1757’.

– Agatha Christie wrote her first book after a challenge from her sister Madge.

– Before he created James Bond, Ian Fleming was recruited by the Director of Naval Intelligence to serve as a spy during World War II.

– Today, Lew Wallace is mostly known as the author of Ben Hur. Were you aware that he held the rank of major general, served as a governor of the US state of New Mexico and once pardoned Billy the Kid?

– Niccolò Machiavelli may have written ‘The Prince’ as a satire. According to many biographers, he was a strong opponent of all sorts of tyranny.

– The short story writer, Erskine Caldwell, once went through a Webster’s Collegiate dictionary. He crossed out all the words containing more than four syllables and pledged to stop using them.

– Homer did not use the word ‘blue’ in The Odyssey. There was no proper word for the blue colour in Ancient Greek.

– Alexander Pushkin, the ‘Russian Shakespeare’, was the grandchild of an Ethiopian slave.

– Jules Verne was really ahead of his time. He predicted space travel, submarines and helicopters.

– Have you read Fahrenheit 451 by Ray Bradbury? Then you may know that 451° Fahrenheit is the point at which paper catches fire.

I decided to compile some of the most interesting facts in a book. That’s why I decided to collect the best gems of breath-taking trivia and to present you a great compilation of verified facts, suitable for a broad audience. This is the result of years of sifting through history and reference books on a myriad of subjects as well as searching the Internet and paying attention to the news.

This book is intended to be fun for anyone older than 14 – even the most ‘spicy’ entries, neatly separated in the chapter ‘Facts about human and animal sexuality”, remain factual and abstain from profanity. To my greatest delight, an avid reader of my site explained that she has been preparing daily fact sheets for her son’s lunch box. She prints out three facts every day to create some lunchtime fun for her son, thus enticing him to read more and provoking his intellectual curiosity. I wish my parents had done something like that for me!

Which is not true?

The book will be a strong and faithful ally preventing social awkwardness by arming you with plenty of ice breaking pieces of trivia, suitable for any occasion. My goal was to write a quiz book that would stand out with interesting, educational and fun content; a book that would both entertain and challenge.

The concept is based on the well-known multiple choice format, with an added twist of introducing the “Which is NOT true?” approach for the half of the questions. This approach has its merit in allowing you to learn two crazy facts about people, places or animals by answering a single question.

The book is not meant to be “your go-to” book for facts. I assure you however that it is loaded with fun and verified facts presented in a manner that can provide you with hours of entertainment. All the material is fresh, and is not simply recycled from my previous publication. Life is too short to settle for the run-of-the-mill. This book will show you just how fantastical and funny the real world is. It will provide you with never-ending intellectual ammunition for a lifetime of dinner parties. You can use it to organise pub or family quizzes, or use it as a prep tool to give you the edge when participating in these.