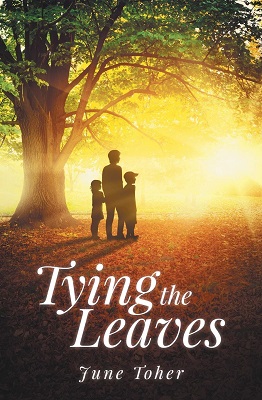 Jamie, a timid Virginia boy, and his three friends time travel seventy years into the future where they are horrified at a barren Earth devastated by climate change and dirty energy pollution. They return to the present and launch an international kids’ crusade to save the planet from the same toxic gases that are threatening the life of Jamie’s little sister.

Insisting that the U. S. lead the world in changing the future, Jamie and his close pals team up with a maverick U.S. senator on a controversial environmental bill, fight the fossil fuel industry, and counter Washington backroom politics. But things are often not how they seem, and what the youths experience shocks them all.

This eco-fiction tale tracks an improbable activist as he and his millions of global followers race against time to beat the forces starting to imperil the human race. This is also a story about the power of sibling love and the discovery of a power much greater than that.

Jamie and his friends Keisha, Tony, and Raj are very conscious of the effects everyday life is having on the planet from their school projects. One day whilst they are all at Jamie’s house in his garden a scientist from the future appears and asks for their help.

The kids are understandably weary but also intrigued, not only by the time travel aspect but what the scientist is telling them about their planet seventy years in the future. He wants the kids to go with him so that they can understand what life is going to be like if something isn’t done now in the present.

What the kid’s witness is so disgusting and horrifying. Planet Earth has become so polluted that just being outside for a short time could kill you and that natural disasters have become that widespread that the countries don’t even bother trying to repair the damage they have caused as there is no point and this is just for starters.

The children must use this knowledge of the future to team up with a US Senator in the present on an environmental bill to fight the fossil fuel industry using their newly formed group – Children Against Polluting Earth.

For anyone that cares about the future of our planet and loves a good YA book, then this is something you should be reading. The characters are amazing and even though it is set partly in the future it felt very realistic, too realistic when it comes to how badly the planet is being affected by fossil fuels. You can tell the author is passionate and has done her research on the subject.

As well as the environmental aspect of the book there is also a wonderful story of friendship and bonds, especially when it comes to Jamie and his little sister who has severe asthma and how he is increasingly worried about her.

The message is very clear about what is going to happen to planet Earth if pollution is not tackled now, not only from a planet perspective but from a human one too. This is a fabulous book that is heartfelt and leaves you with a sense of wanting to do something to save the Earth for our future generations.

June Toher, a journalism graduate of Marquette University, started out as a newspaper reporter and magazine columnist, and later wrote and directed a local television news show. During her career she won several mass communications awards. A native of Massachusetts, she now lives in Virginia.

The title for the author’s magical realism, youth climate-action novel, TYING THE LEAVES, was inspired by the song, “I’m Tying the Leaves So They Won’t Come Down,” which the author’s grandfather sang to her when she was a little girl. The original song was written by Erasmus Huntington in 1907.