Why such an Unusual Title? by Chris Westlake – Guest Post

Why such an Unusual Title? by Chris Westlake – Guest Post

Today we welcome Chris Westlake onto the blog with his guest post, Why such an Unusual Title?, in regards to his new book, ‘At Least the Pink Elephants are Laughing at Us’. 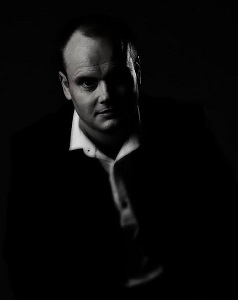 Chris has written two novels, Just a Bit of Banter, Like and At Least the Pink Elephants are Laughing at Us. He has recently published a short story collection, Now the Party is Finally Over.

Chris’s books are dark and gritty and true to life. His books are not for the faint-hearted! Chris tackles complex and dark issues but with a heavy dosage of dry and often outrageous humour.

Why such an Unusual Title?

The title of my novel, At Least the Pink Elephants are Laughing at Us, always gets a reaction! Usually people raise their eyebrows and stick out their tongue; an eclectic mix of confusion and curiosity. But whatever their deranged look, they are always interested enough to want to know more. And that is objective accomplished as far as I’m concerned. It is a click on the thumbnail.

The title has a personal spin. I suffer from OCD. One element of this are intrusive thoughts. These thoughts are about as welcome as a fly on your dinner. The natural urge is to swat them so you can just move on to desert. But the more you endeavour to get rid of the thoughts, the stronger they become. They feed off your resistance like protein shakes. The thoughts are often referred to as “tormenting,” and unfortunately the description is painfully apt. I read a book which used an analogy to explain the concept. It challenged the reader not to think of a pink elephant, to banish those pesky pink elephants from your mind. And low and behold, what was the result? You can think of nothing but pink elephants!

My three central character struggle with their own worries and woes. After all, what is a book without conflict? The three unlikely heroes have joined forces to perform a run of comedy shows at the prestigious Edinburgh Festival Fringe. However, an appreciative audience is not easy to find. It feels like the only ones who are laughing at them are those pesky pink elephants.

The title, whilst peculiarly quirky and unusual, is very apt.

I chose stand-up comedy as the premise for my novel because I was intrigued by the concept of the crying clown. The inner torment hidden beneath that painted (literally) mask was irresistible. Comedians are notorious for making everybody but themselves laugh. What an exciting platform to create wonderfully complex and entertaining characters and story lines!

I spent months researching stand-up before I put pen to paper. Really I just wanted to get going, but realistically I knew I needed to be patient. I read numerous books and watched countless gigs on YouTube. I studied various styles and approaches. It gave me a genuine excuse to hit the town and watch some shows. But I knew this wasn’t enough. It only gave me an insight as an observer. I was a voyeur looking in on something I could never fully understand. I knew I needed to participate.

And so, when my workplace organised a Talent Contest, it was my opportunity. I braved my nerves and performed a bumbling, stuttering stand-up routine in front of my fifty or so colleagues. It was terrifying. And yet oh-so unbelievably exhilarating. Whilst I was only ever pretending to be a real comedian – I’m not deluded enough to think any different – I at least understood what it felt like to stand up on stage (without an actual, physical stage) and endeavour to make people laugh. It was undoubtedly an invaluable experience in my quest to write my book.

The final chapter of my research was to catch a plane to Edinburgh. Who needed an excuse? I spent a wonderful day with a camera and a notepad and pen exploring every nut and cranny of the beautiful city. I truly hope that the final section of At Least the Pink Elephants are Laughing at Us is a fair and accurate depiction of the city.

And then the real fun started…writing the book!

I just hope you enjoy reading the book as much as I enjoyed writing it. 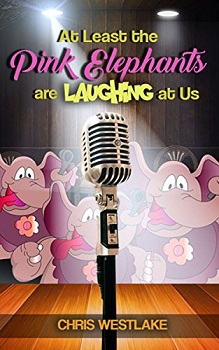 Eternally optimistic newspaper reporter, Herbert, has a fantastic idea for a book. All it requires is a simple proposal to a trio of unlikely comedians: join forces to perform a week of shows at the prestigious Edinburgh Festival Fringe. They are to be his central characters and their misadventures will form the plot. After all, nowt is stranger than fact.

The chosen three have nothing in common and are all linked only by childhood trauma and their upbringing in Bridgend. Or are they? Why has Herbert chosen them as his central characters? Is he writing the story line before it unfolds…?

At Least the Pink Elephants are Laughing at Us is life-affirming contemporary fiction at its very best. The story combines intrigue with a relentless dose of dark and often outrageous humour. It takes you on a journey of demotivating motivational speeches, dingy back-alley pubs and disastrously funny comedy gigs. You will laugh out loud; but will anyone else apart from you and those pesky pink elephants…?