Today on the blog we welcome author Miranda Malins, with her guest post about her new book ‘The Puritan Princess’ which was released on the 2nd April 2020. This post contains affiliate links. 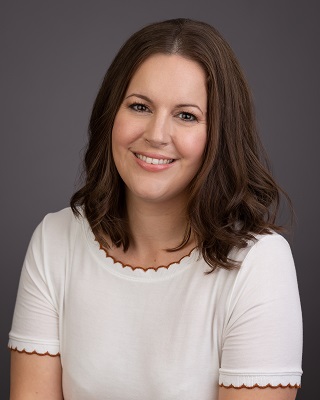 Miranda is a writer and historian specialising in the history of Oliver Cromwell, his family and the politics of the Interregnum period following the Civil Wars. She studied at Cambridge University, leaving with a PhD, and continues to speak at conferences and publish journal articles and book reviews. She is also a Trustee of the Cromwell Association.

Alongside this, Miranda works as a commercial solicitor in the City and began writing historical novels on maternity leave. She lives in Hampshire with her husband, young son and cat, Keats. The Puritan Princess is her debut novel.

The English Civil Wars have always been my passion. Since I was a child, I have been swept away by the drama of this revolutionary period: roundheads and cavaliers; a clash of ideas; a king killed and a world turned upside down. And so I became a historian and specialised in the 1650s, when England was experimenting with being a Republic after King Charles I was executed in 1649.

For much of this decade, Oliver Cromwell ruled the country as Lord Protector, king in all but name, and he has remained a controversial yet misunderstood figure ever since. But it was always the human stories that gripped me, the people and their bravery. My research focused on 1657 when Parliament tried to make Cromwell king. But it was when I realised how closely his youngest daughter Frances’s marriage prospects were tied to this crisis that I knew I had found the personal story I wanted to write: a tale of kingship and courtship with a fascinating, brave young woman at its heart. That was the moment The Puritan Princess was born.

I decided to focus the book on Frances Cromwell and her siblings. Fiction gave me the freedom to recreate the relationships within this very close family and to imagine their perspectives on the extraordinary events they experienced. And the more I looked beyond Oliver to his wife and children, the more they fascinated me. Their experience was unique: an ordinary, obscure family unexpectedly elevated to become Britain’s new ruling dynasty. The Puritan Princess explores the effects of Oliver Cromwell’s rise on Frances and the rest of the family and we follow them through every upheaval willing them not to misstep, hoping that history can be rewritten.

I love historical fiction, particularly Philippa Gregory, CJ Sansom and the other wonderful Tudor novelists. Anyone who loves reading about the Tudors like me will find themselves in a familiar world in The Puritan Princess where we return to Hampton Court and Whitehall Palace a century later to plunge into power politics, diplomatic tussles and court society. Cromwell’s rule is usually portrayed as grey, dour and Puritanical. In fact he ruled over a colourful, fashionable court where music and the arts flourished and ambassadors from around the world gathered to pay homage to the Cromwells. For eighteen-year-old ‘princess’ Frances, this was a world of feasts and dancing, political intrigue and thrilling romance.

No-one before has recreated this world, nor told the stories of the women of Cromwell’s family who lived at its heart. And they’re such wonderful women to discover! Cromwell’s daughters were famous for their bold characters and their fierce loyalty. As the youngest of Cromwell’s children, Frances had the most intense experience of life at court. The personality that shines through her real life letters spoke to me. I liked that she fell in love with someone and refused to give him up: she lived her life with passion and commitment and her determination and resolve are clear. She was also a great flirt with a real sense of humour! In these ways she stands out as more modern than we might expect from someone of this period and was the perfect heroine for me. Pick up a copy of The Puritan Princess to find out whether Frances found the life and love she wanted.

I have loved spending time in the Cromwells’ world and hope you do too! If you enjoy The Puritan Princess, look out for the prequel coming in 2021…

1657. The youngest daughter of Oliver Cromwell, eighteen-year-old Frances is finding her place at England’s new centre of power.

Following the turmoil of Civil War, a fragile sense of stability has returned to the country. Her father has risen to the unprecedented position of Lord Protector of the Commonwealth, and Frances has found herself transported from her humble childhood home to the sumptuous palaces of Hampton Court and Whitehall, where she dreams of romance.

But after an assassination attempt on the Cromwell family, Frances realises the precarious danger of her position – and when her father is officially offered the crown, Frances’ fate becomes a matter of diplomatic and dynastic importance.

Trapped in the web of court intrigue, Frances must make a choice. Allow herself to be a political pawn, or use her new status to take control – of her own future, and of her country’s…