Why I Chose to Write YA by Clare Owen – Guest Post

Why I Chose to Write YA by Clare Owen – Guest Post

Today on the blog we welcome author Clare Owen with her guest post ‘Why I Chose to Write YA‘ as part of the blog tour for her new book, ‘Zed and the Cormorants’, which will be released on 29th April 2021. There is also an exclusive audiobook extract below too. This post contains affiliate links. 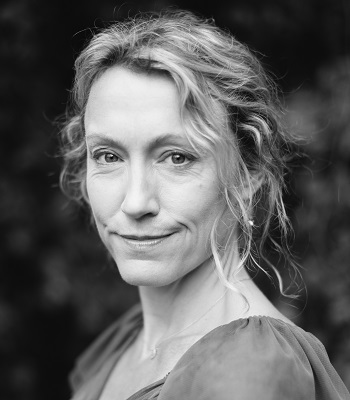 Clare Owen is an actress, performer and writer. She lives in Cornwall in the U.K. Clare’s writing has been published in magazines and anthologies and she regularly reads her work at literary events and festivals, as well as writing and performing with an all-female theatrical ensemble. Zed and the Cormorants is Clare’s first novel, inspired by her own move from London to a remote seaside town.

Why I Chose to Write YA

When I sat down to write Zed and the Cormorants, I knew I wanted a central character who was overlooked, misunderstood and confused by their emotions at the start of the story – and by engaging with the natural world, they’d develop confidence, self-awareness and a much more positive outlook by the end. It felt like quite a tall order for a novel set over one summer and before putting pen to paper, I got the fear: would it sound like a thinly disguised self-help book of the worst preachy kind? Well, maybe not, I thought, if I made it YA.

Adults are, of course, also often overlooked, misunderstood and confused by their emotions but they are more likely to suppress their anger and resentment or turn it on themselves; using it to confirm entrenched low self-esteem and this in turn leads to paralysis – that’s to say no plot, of any kind, for years.

Teenagers, on the other hand, are still so hungry to learn about the world. They are open to self-discovery and – whether it’s the surging hormones or the heightened plasticity of their brains – their feelings are closer to the surface. Compared to adults they have boundless energy and passion, and mostly they’ll resist they awful situations imposed upon them. This gives you instant conflict.

And they learn quickly. Whether it’s Amelie realising the devastating impact of a controlling relationship (All The Places I’ve Cried in Public – Holly Bourne) or Caddy getting to grips with the complexities of female friendship (Beautiful Broken Things – Sara Barnard), despite the pain and the wrong turns, those young women get from to A to B pretty darn fast! They’re able to see consequences after six months, not six or sixty years. So, not only do they feel it – big time – they get it, like, NOW! And that is a gift to a writer who would like to turn out more than one novel every ten years.

At the start of my story, Zed’s dad decides to uproot the family on what seems like a whim. He thinks a ‘simpler life’ will help with their mum’s mental health, stop Zed’s older sister going off the rails and he can fulfil his fantasy of starting up an artisan bakery. But no-one asks Zed what she thinks, and this powerlessness is something nearly all of us can relate to. When we feel helpless as adults though, it’s not only an unpleasant experience in its own right, but it can trigger uncomfortable memories from childhood – often our first experience of decisions that affected us, not being ours to make.

So, this begs the question, why focus on the echoed emotion?

Why not go back and explore the most keenly felt resentment at being forced to go along with someone else’s agenda? And at the same, why not explore the first – often most exquisite and confounding in equal measure – stirrings of romantic and sexual attraction? And those lightbulb moments – staples of the coming-of-age story – which fundamentally change the way we see the world?

In Will Self’s A Science of Storytelling, he suggests that in order to create really compelling characters, we should think about their ‘sacred flaw’: the skewed way in which they experience reality and how the seed for this is sown. The ‘origin damage’ is always in childhood and, he argues, it will be followed up by a ‘powerful confirmatory event’ that takes place before they are twenty-one. Looking for these moments of jeopardy is a useful tool for any writer, but why explore the impact of them twenty, thirty, fifty years down the line? At seventeen Sylvia Plath wrote ‘the world is splitting open at my feet, like a ripe juicy watermelon.’ What a vivid and poignant image for the potential of that age! By choosing to write YA, you can ask your what ifs at precisely that moment, when the thrill factor is as high as it will ever be, and all the long-term repercussions are still up for grabs.

The most compelling argument though – for aiming at the hinterland between Middle Grade and Adult Fiction – was that I could have the best of both worlds. I could create a protagonist with enough maturity to be as complex and challenged as I liked, but for her – and the readers – the literature and landscape of childhood was still within reach. The cormorants could be real estuary birds, living a stone’s throw away from a family struggling with very real twenty-first century problems, but they could also be the creatures of myth.

And I could take this duality further. I could pitch Zed against a palpable, physical adversary but alongside documenting the ever-increasing threat of the birds, revealing why they want revenge and how to negotiate a truce, I could explore the nuances of mental health and perhaps blend in other layers of meaning. Like Kerra’s ghost, I could melt into the mirror and drift around that misty, metaphorical place down by the river, where anxiety is also a shapeshifter and there are multiple ways to overcome fear. 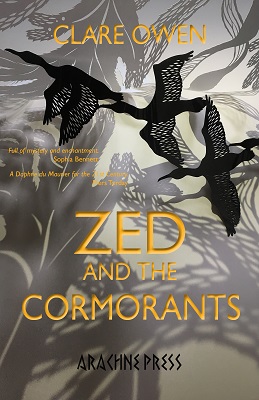 Zed’s family have moved from London to a village in Cornwall. Dad says they need a fresh start but nobody has asked Zed what she thinks. Maybe their new home will help with Mum’s depression and keep Amy, Zed’s sister, away from her drop-out boyfriend, but why does it have to be so remote?

Why has the boathouse at the bottom of the garden been locked up for seventy years? Why do the birds living by the estuary fill Zed with such dread? And WHAT do they want?

“A spell-binding slice of Cornish Gothic – a Daphne du Maurier for the twenty-first century!” Piers Torday 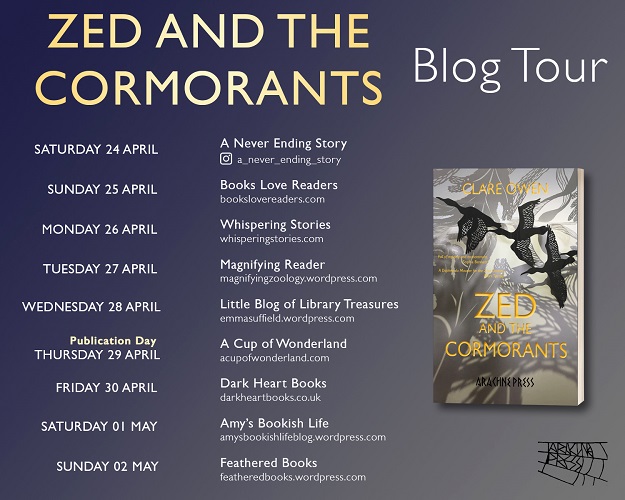