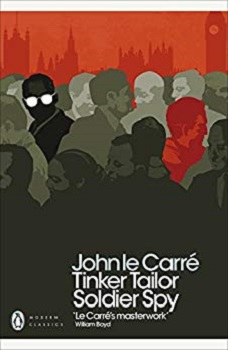 The enduring novel by one of our greatest storytellers.

George Smiley, who is a troubled man of infinite compassion, is also a single-mindedly ruthless adversary as a spy.

The scene which he enters is a Cold War landscape of moles and lamplighters, scalp-hunters and pavement artists, where men are turned, burned or bought for stock. Smiley’s mission is to catch a Moscow Centre mole burrowed thirty years deep into the Circus itself. 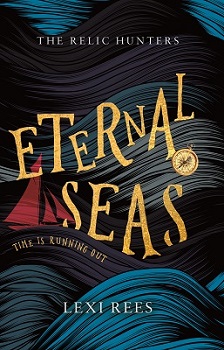 Such a small parcel shouldn’t cause experienced smugglers much trouble, but this parcel is far from normal.

Lost and scared after a violent storm, Finn and his sister, Aria, take shelter on a remote island. They discover the parcel contains a relic belonging to a long forgotten people. Locked inside are powers which will change their lives, and the world, forever.

As Finn realises his connection to the relic, a vision strikes him – but what does it mean? Who should they trust? And if they decide to follow their hearts rather than their orders, will they manage to deliver the relic in one piece?

Chased across the seas as they try to solve the mysteries within the parcel, the fate of this ancient people depends on them. Finn and Aria must choose between what is right and what is easy – and time is running out …

Reading Next – Christmas on Lily Pond Lane by Emily Harvale 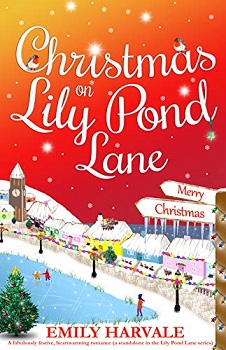 Snow is falling in Little Pondale, lights are twinkling and the smell of pine trees and roasting chestnuts fills the air…

But Mia Ward is in a bit of a jam. She’d planned to rent out Corner Cottage for Christmas but thanks to best friend, Ella Swann, it’s double-booked. Now Mia’s got to let one ‘party’ down, or find another cottage – fast.

Best friends and single mums, Cathy Cole and Christy Franks want their kids to have an old-fashioned Christmas. Ice-skating, carol singing, making decorations, and tobogganing are on their list of festive fun and Little Pondale is the perfect place. Especially as it has no mobile phone reception. That will make it harder for Cathy to be found.

City banker, Leo Hardman is wondering if renting a cottage for Christmas as an anniversary surprise for his parents, was such a good idea. Little Pondale may be where his parents met, but his mum doesn’t seem pleased to be back, and his brother, Hal isn’t happy that the village is so tiny and only has one pub.

Meanwhile, Jenny Lake is settling in at her cousin’s bakery, having left her (broken) heart in Florence, but Christmas was never her favourite time of year. And Reverend Glen Fox has taken over at St Michael and All Angels. He’s glad it’s a temporary post because village life is not for him.

But luckily, for locals and visitors alike, there’s a sleigh-load of Christmas magic heading for Lily Pond Lane; enough to put a sparkle in everyone’s festive season. Although Christmas may not go quite as each of them has planned.