AD – Entering a short story contest is one of the best ways to motivate yourself as a writer. But though the structure of a prompt and a deadline can be incredibly helpful, the real draw is the possibility of winning: having your hard work pay off, being validated in your style, and maybe even walking away with a cash prize.

As a judge for the weekly short story contest over at Reedsy, I know all this is easier said than done… but also that, with a small steer in the right direction, writers are much more likely to emerge victorious! On that note, whether you’re a first-time entrant or a contest veteran hoping to improve, here are five things to know before entering a short story contest. 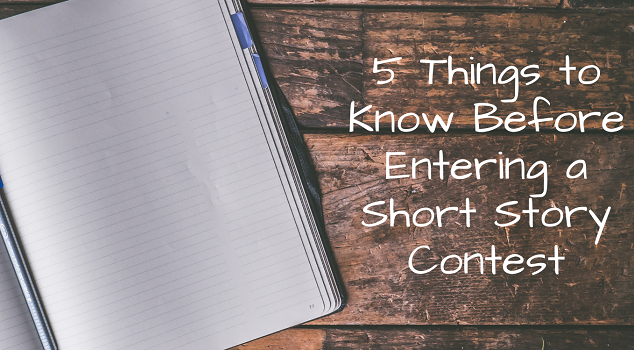 1. Your opening should engage readers right away

It should come as no surprise that readers form quick judgments about writing; after all, many of us decide to purchase books based on just the first few pages. But when it comes to writing stories, you don’t even have that long — a short story should be a few pages in its entirety.

This means your opening sentences need to do the heavy lifting. The best beginnings pull the reader in with a short, intriguing statement or compelling description. If readers don’t instantly know (or want to know) what’s happening, they won’t especially care to keep reading. Contest judges will still read to the end, of course — but having lost their attention initially, you’ll have a hard time recapturing it.

One tried-and-true approach is to start with a short sentence that prompts a question. Many of our Reedsy winners do this — for example, a recent winner titled “Diner at the End” begins: “It was around ten after Life when he came in.” The unusual construction jolts the reader alert by substituting the word “life” for the hour, prompting them to read on to find out why. But it can also be simpler than this, as in contest winner “mie goreng”, which starts with a very basic sentence that nonetheless piques the reader’s curiosity: “I’d rather be asleep.”

Another classic, albeit less grabby technique is to begin more poetically. For example: “He comes to me in pieces as I watch the stillness of space” (from contest winner “10 Years In Space”). Just make sure, again, to avoid overcomplication — for the first sentence, fewer than 20 words is ideal, and keeping your first few paragraphs short is generally a good idea as well.

2. Less is more, both style- and story-wise

In fact, when it comes to contests, keeping your whole story short is almost always in your best interests. Not only will judges appreciate it, but it also shows a certain level of skill to make your story as concise as possible without losing impact.

Yes, this is the case even (often especially) when the upper word count limit for a contest is high. Too many writers don’t seem to realize that’s exactly what it is: a limit, not a suggestion. The result is lots of bloated, meandering stories, some of which would even have winning potential if only they were more streamlined — whether in terms of plot, style, or both.

We see this quite a bit in the Reedsy contest, for which stories must be 1,000-3,000 words long. The good news is that we also see the opposite: stories that barely cross the threshold, yet are packed with evocative meaning. “mie goreng”, for example, is only 1,300 words long, yet paints a remarkably full picture of its narrator — a household cook — and their complex relationship with the child they serve.

Another recent winner, “I Leave the Six Blank”, is even shorter and tackles even trickier emotional territory, yet does more with 1,200 words than most stories do with 3,000. Contrasting a mundane activity with a parent’s poignant memories, it sends a powerful message about the impossibility of moving on after the loss of a child — a message hammered home by the story’s length, as if the narrator cannot bear to dwell on it too long.

True, your story’s length needn’t correspond with its subject matter in this way, but it should be as concise as possible. Save your elaborate plot and extravagant prose for a novel; in a short story, it’s all about doing the most while showing your hand the least.

Another important thing that many writers underestimate is consistency. Even accidentally switching a secondary character’s name from one scene to the next can really throw readers off — and while not a dealbreaker, it’s definitely something that a contest judge will notice.

The good news is that it’s relatively easy to ensure in-story consistency for characters’ names, descriptions, and other minor details; you just have to read it back before submitting. If you don’t trust yourself to catch everything, or if you’ve written a particularly detail-laden story (hopefully not at its expense!), you can always ask a friend or even find an editor to look it over.

A professional editor could also be an excellent investment if you’re concerned about characterization and plot flow. Consistency in these areas is even more crucial than descriptive details — and harder to fix when it goes awry, especially if you’re doing it alone. So while it may seem excessive to get another party involved in your short story entry, a professional review might just be your key to winning.

Finally, if you’re writing historical fiction or a story inspired by real life, it’s wise to double-check that your nonfiction elements are consistent with what really happened. One recent Reedsy winner, “28 Letters”, did just this with a story about how Sejong the Great developed the Korean alphabet. The author struck the perfect balance of fact and fiction, including specific details where verifiable, but taking creative liberties otherwise.

4. Most good endings play it safe

Many contest judges, myself included, consider a story’s ending to be just as vital as its opening. A great ending can ramp up minimal action into an impressive finale; it can put a new spin on seemingly innocuous events; it can even make the whole story worth reading.

That said, my advice on this count is the opposite of what I said about starting a story — because while a bold risk at the beginning might not quite pay off, you can always recover over the next thousand words. Not so with the ending: if you go for a jaw-dropping plot twist and fumble it, that’s all readers are going to remember.

To that end (no pun intended), instead of attempting a once-in-a-lifetime resolution, you’ll probably want to play it safe. Your ending does not have to be unexpected or even unusual in order to satisfy — in fact, readers should have a sense of what’s coming.

This is certainly the case in “I Was Always Good at Taboo”, one of my favorite recent winners: a beautifully wrenching story about a woman slowly succumbing to aphasia, desperate to retain her favorite words. It’s also the case in “Beneath the Quaking Aspen”, which concludes with a tragically wronged heroine taking her rightful revenge — an ending that’s no less rewarding for being somewhat expected (and indeed, hoped for) on the reader’s part.

Basically, unless you’ve been carefully planning your twist from the get-go, you should stick to the solidly satisfying ending — one that will make readers (and judges!) glad they read your work, rather than roll their eyes at something completely over-the-top.

The last thing to keep in mind when writing a short story is that execution is everything. Pretty much anyone can come up with a great idea — and brainstorming is not the hard part, nor the part that’s judged when you enter a writing contest. It’s only the actual writing that counts. (To quote Zadie Smith’s iconic rules for writers, “All that matters is what you leave on the page.”)

So even if you’ve devised a million-dollar idea, don’t rely on concept alone to carry your story through. Make sure you’ve mapped out the plot — if you don’t have a clear plot, that’s your first sign that the execution might be a little shaky — and apply a distinctive style and tone to your writing. This combination of original idea and strong execution is what you need to make your story contest-worthy (and maybe even publisher-worthy)!

To cite some final outstanding examples, one recent Reedsy contest winner, “Straw, Sticks, and Bricks”, reimagines the “three little pigs” fairy tale from the wolf’s perspective. It’s already a good idea — but the real feat is the execution, which takes the form of a fumbling non-apology that’s hilariously reminiscent of modern public figures trying to atone. A similarly successful story, albeit of a different tack, would be “Suzanne”: a lovely tale of longing based on a Leonard Cohen song, from which the author spins a unique narrative of their own.

With any luck, these five tips (and the exemplary stories accompanying them) will help you not only win more short story contests, but also flourish as a writer overall. Best of luck, and always remember that some of literature’s greatest authors started off as short fiction writers! If you play your cards right, you could be next.

Share your thoughts on ‘5 Things to Know Before Entering a Short Story Contest’ in the comment section below!