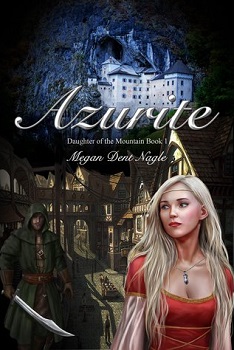 There is magic in the earth.

It is a volatile force, forged from the energy of our planet’s birth and instilled into the spirit of every living being. It is what binds the world together–constant and unchanging, simply existing, unable to be created or destroyed.

Our progenitors named it Ithillium.

In the beginning, there were those who could manoeuvre Ithillium–sorcerers who Bonded to it. Used it. But now their legacy only survives by the grace of their legends. There are those who believe sorcerers still exist, but fear of persecution subdues them into silence.

And there are those, the anomalies, who are ignorant to the truth, but by their very existence prove what should have been told from the beginning. The last heir to the Samarian throne, Zora Winnser, is one of these people.

Resented by her Queen mother and denied her right of ascension by an archaic law, Zora is exiled to Cara, the southern most country in the Realm. It is these trials, and the appearance of an unlikely companion, that forces Zora to face the truth about herself, her abilities, and the world as she knows it.

Back home, an ancient foe looms on Samaria’s horizon, threatening to exploit the very heart of their wealth–the mines. Embittered with secrets of her own, Queen Evangeline foolishly leads Samaria into certain demise, through a war they cannot win. Throughout the country mutiny is unleashed, loyalties are tested, and all faith in Evangeline is lost.

In order to combat the evil invading her country, Zora must embrace her new identity as a wielder of Ithillium. But in a world where history is rewritten to accommodate an ideal, where lies become truth and truth become lies, will her country accept her back for what she was? Or hate her for what she has become.

Azurite is the début novel from Megan Dent Nagle. It focuses on Zora, a princess (albeit illegitimate) and, unbeknownst to her, a sorcerer.

Her mother, Queen Evangeline is resentful of her daughter and Zora presence is a constant reminder of her indiscretion and her faults. She arranges a marriage for Zora as an effective form of banishment.

During her travels Zora learns more about who she is, including a fascination with power that gives her added depth and makes her relatable (in more ways than one) to her mother, the Queen. Meanwhile Queen Evangeline is dabbling with powers beyond her ken, which in turn is putting her realm of Samara at peril.

There is some good world–building here, and Zora is a sympathetic character. There’s also a big cast for a début, which leads to a lot of character POV’s which feels detrimental to the story Megan is trying to tell.

It reminded me of the worst parts of Robert Jordan’s ‘Wheel of Time’ series. That’s not a good thing. A more ruthless approach to cast list would have resulted in a more streamlined novel.

It’s a decent début, and Megan should be applauded for trying to interest her readers in politics and statecraft, but, at times this felt like it was just bogging the characters down. Let them grow, make decisions, move forward.

All in all Azurite is ok. A few tweaks and a bit of pruning, and it could be great.