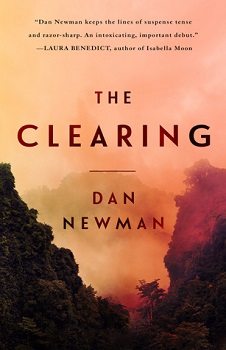 With the eerie thrills of Dean Koontz, Dan Newman’s seething suspense brings a young man back to St. Lucia, where he grew up, and where his guilt for the part he played in a murder continues to haunt.

Now, thirty years later, Nate responds to his father’s suicide with a trip back to St. Lucia, the land where he was raised as an outsider, tolerated but not accepted. As a boy he ventured out to the plantation of Ti Fenwe with three others―weak-willed Pip, and cousins Richard and Tristan.

Surrounded on all sides by dense jungle, the boys explore, their only rule to be back in the house before nightfall. Because at Ti Fenwe, something ancient stalks the jungle, its reputation more horrifying than any of the boys can comprehend.

But it’s a very real enemy who changes the boys forever, and snuffs out a life. Decades later, Nate comes back to finally gain a measure of peace over his role in the killing, and to uncover the deadly secrets of St. Lucia once and for all.

When I review a book it is my practise, if possible, not to read anything about the book but just to jump straight in. I read this book and thought it was wonderful. I then read the Amazon and Goodreads pages on the book and was surprised at some of the previous reviews.

It is not the book that is at fault. The problem is the publisher’s marketing material which misleadingly describes the book as “… a dark … psychological thriller…”

The Clearing is an atmospheric story of Nate who in middle age is drawn back to St. Lucia where a tragic event took place in his childhood. He feels that this event has adversely affected his life and the lives of those close to him, so in an attempt to put things right he enlists the help of a local journalist and returns to seek truth and justice.

Although written in the third person the book follows the lead character throughout, chronicling his actions and thoughts. It starts dramatically in the immediate aftermath of that event nearly 40 years before, and I was drawn in during those few pages.

Generally the book then tells two stories alongside each other; the days leading up to the tragic event, and Nate’s visit in the current time. Early in the book the action also covered other events in Nate’s life which some reviewers have found confusing, but for me they only added to the intrigue.

I have never been to the Caribbean but I appreciated the descriptions of St. Lucia as seen through Nate’s eyes as a boy and as a middle aged man. In particular I liked the contrast between old and new, some good small details like the nutmeg shells and the lives of the descendants of the former slaves.

So was this a book about the supernatural? I do not believe it was. True, some of the older islanders still followed the old beliefs and the boys had their own fears which were fuelled by the controlling plantation owner but what happened to the older Nate was man made and I never felt that it was anything more than that.

I thought that the quality of writing was very good. It read easily and fluently, and as far as I could see there were no spelling or grammar errors.

If you want a dark psychological thriller this may not be the book for you, but if you want a well told mystery tale with a Caribbean flavour The Clearing is a really good read. I have happily given it five stars. 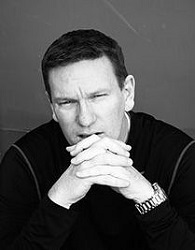 The basics; I’m an Englishman by birth, a Canadian by immigration, and amalgam of several wonderful places in Southern Africa by virtue of the time I’ve spent there growing up.

I’m a citizen of the beach thanks to my formative years spent in the Caribbean, and I’m a self described Australian enviator (yeah, I made that word up – what of it? It means someone who envies all that someone else has), thanks to the time I spent there at Grad school, and the hours and days I spent trying desperately to look like I knew what I was doing on a surfboard.