Today we welcome author Felicity Heaton with the cover reveal for her upcoming new book ‘Ares‘, which will be released on 26th November 2016. This post contains affiliate links.

Step into a brand new paranormal romance world featuring sexy Greek god heroes on a mission from the Underworld to prevent our world and theirs from colliding in a calamity foreseen by the fates themselves and engineered by a group of deadly daemons. These powerful and passionate sons of Hades are sure to capture your imaginations and your hearts as they face down the rising threat against the two worlds and stop at nothing to claim the women who steal their hearts along the way. 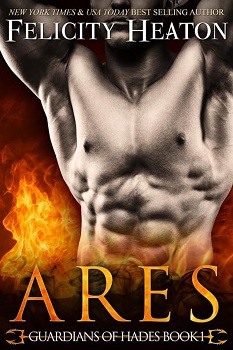 Prince of the Underworld and Lord of Fire, Ares was banished from his home by his father, Hades, two centuries ago and given a new duty and purpose—to keep our world and his from colliding in a calamity foreseen by the Moirai.

Together with his six brothers, he fights to defend the gates to the Underworld from daemons bent on breaching them and gaining entrance to that forbidden land, striving to protect his home from their dark influence. Caged by the manifestation of his power, held apart from those he loves by his own fire and starved of physical contact, Ares lives a cold existence driven by duty and the desire to return to his world.

Until his world collides with a daemon who steals his power and a mortal female who shatters the ice around his heart and awakens the true fire within him—a soul-stirring passion both dangerous and seductive.

Megan has wandered far from her home, driven from everyone she loves by the devastating realisation that she is different to them all. Unsure who to trust in the world, she keeps to herself, until a fateful stormy night brings a temptingly handsome warrior crashing into her life and into her heart—a warrior who seems to hold powers more frightening and marvellous than her own.

When the New York gate comes under threat, and Ares is put to the test, will he choose his duty and regain the power he needs in order to save his world or will he choose the desires of his heart and sacrifice his fire so he can be with the woman becoming his whole world?

Ares is due for release in ebook and paperback on November 26th 2016 and will be available from all major online book retailers on that day, but it will be available for pre-order on Amazon Kindle, Kobo Books, Apple iBooks and Google Play stores in the week before release. 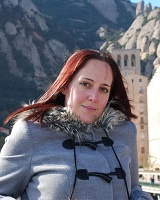