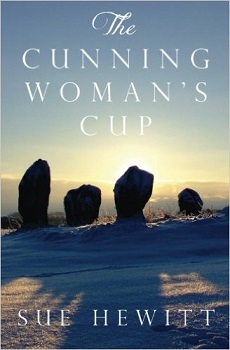 When Alice McCleish’s gardener Brian unearths an object of great archaeological significance deep under the compost heap it is not only Alice and her burgeoning friendship with Margaret Allerton, retired Professor of Anthropology, that are affected: the family, friends and neighbours of Alice, who people the narrative, are also touched by subsequent events.

Alice and Margaret find themselves questioning long-held beliefs about the material and spiritual world that surrounds them; and both women find their lives transformed unalterably by their newfound companionship. Serendipity puts Alice’s nearest neighbour, the troubled Violet Turnbull, in touch with the enigmatic Avian Tyler, whose mystical ‘gift’ offers Violet a promise of liberation.

All the while an echoing voice from long, long ago hints at the history of the locality dominated by the standing stone circle that bestrides the skyline above the small community of Duddo, while charting the harrowing story that reveals the provenance of the artefacts found beneath the compost heap.

Alice McCleish has lived in the Northumberland countryside all of her live. She lives in Duddo, a small remote village with her house overlooking an ancient stone circle. Now alone, after the death of her beloved husband Callum, Alice only has her dog Nipper, the Border Terrier, for company.

It is whilst out walking Nipper that Alice crosses paths with retired professor Margaret Allerton. Margaret is trying to locate the nearest village for a cup of tea, but with the nearest place being miles away, Alice offers Margaret a cup of tea at her house. The two women end up becoming firm friends after their chance meeting.

Alice’s gardener, Brian, comes across and ancient cup, whilst digging in her garden. The cup turns out to be very old and very valuable. The discovery leads to a full archaeological dig of the site.

What is unearthed causes the lives of the villagers to change, and for Alice and Margaret to question their beliefs.

The Cunning Woman’s cup, is quite an unusual book. It ties in ancient pre-roman times via flashbacks, with modern day events. It’s during these flashbacks that we find out about ‘Mordwand of the Brigantes’, who was burned at the stake, for she was deemed to be a witch. Her story interweaves with the modern day main plot.

I found it lovely to be able to research about Duddo and the standing stones, as both really do exist. The stones are dated to be from the bronze age. There used to be seven of them, but two were taken many, many years ago. 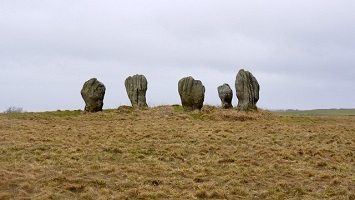 This isn’t an action, thriller, suspense-filled book. This is a wonderful heart-felt story about the lives of the villagers, especially Alice and Margaret. There are a lot of characters, all of whom are lovely and welcoming, and will go out of their way to help one another. There were no good-guy/bad-guy moments, it is just a contemporary read.

The one thing the book will do though is hold you in the village, have you experiencing the smells, sounds, scenery and beautiful food.

The Cunning Woman’s Cup is a sweet, yet powerful book that will really hit you, and have you wishing that the story never ends.

Sue was born in Kent in 1957. She has lived happily with her family in the Scottish Borders for the past 25 years. The Cunning Woman’s Cup is her first novel.

Sue has written sporadically as a pastime since childhood, never thinking it would be possible to get published. The support of friends, family and fellow members of Kelso Writers’ Group encouraged her to embark on self publishing The Cunning Woman’s Cup.