What Is The Most Difficult Part Of Writing A Book? by Sheryl Browne

What Is The Most Difficult Part Of Writing A Book? by Sheryl Browne 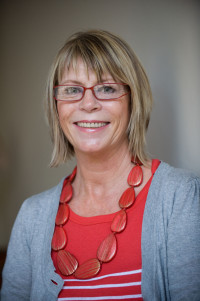 Hi Stacey – and all at Whispering Stories! Thank you so much for inviting me to share a little about After She’s Gone – Book 1 in the DI Matthew Adams’ thrillers, which I’m super-pleased is now available in print. I’ll try not to take up too much space with boring facts about me, other than to answer a question I’m frequently asked.

What is the most difficult part of writing a book?

Honestly? I’d say, starting it … and finishing it. A blank page is just so daunting and The End, saying goodbye to your characters, is always an emotional place to be. The middle bit is fine once I’m past, say, chapter three. It’s at that point I realise the character has found his/her feet.

When you have a character in your head complete with traits and quirks, he’s inevitably going to start leading the plot, often away from your sweated over outline. In Sins of the Father (second book in DI Matthew Adams’ series), by way of example, the story is based around my protagonist making a bad judgement call and finding himself a victim of a drug related sexual assault. His emotions are going to be all over the place therefore and he’s dictating his reactions so the outline goes out of the window and the post-it notes begin to adorn my working surfaces, occasionally being seized upon as I actually remember them.

Another example of a character being strong enough to lead the story would be fourteen-year-old Ashley, who features throughout the series but was definitely a scene-stealer in After She’s Gone. I’ll leave you with an excerpt. Before I go, though, can I take this opportunity to thank all bloggers and readers for their absolutely fantastic support? It really is tremendously appreciated. Reviews mean the world to an author and, together with posts and extracts, will help a book find its wings. THANK YOU! 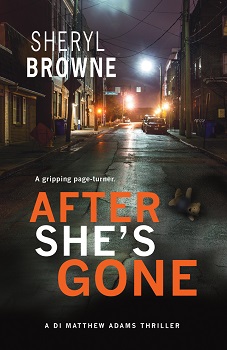 He’s killed your child and kidnapped your wife. What would YOU do?

There’s evil and then there’s Patrick Sullivan. A drug dealer, pimp and murderer, there are no depths to which Patrick would not sink, and Detective Inspector Matthew Adams has found this out in the most devastating way imaginable.

When Patrick’s brother is shot dead in a drug bust gone wrong, the bitter battle between the two men intensifies, and Matthew finds it increasingly difficult to hold the moral high ground. All he wants is to make the pimping scum suffer the way he did …the way Lily did.

But being at war with such a depraved individual means that it’s not just Matthew who’s in danger. Patrick has taken a lot from Matthew, but he hasn’t taken everything – and now he wants everything.

Ashley watched quietly as the twisted freak prised a wooden plank from the window, making a gap just wide enough to peer through with his binoculars. He was wrong. Matthew did care about her. He’d wanted to take her back to keep her safe, not to get shot of her. She tried to quash the insistent nagging voice in her head.
But he wouldn’t save you, would he? Emily chuntered on, just like she always did, always there, always haunting her. If he could only save one of you, it makes sense he would save Becky. She’s having his baby.
Shut up! Ashley mentally tuned out, turning her attention back to the freak.
‘Why are you doing this?’ she plucked up courage to ask him, as he took up his position at the window.
His back still to her, he shrugged. ‘Because …’
Ashley took the opportunity to survey her surroundings, a chill running down her spine as she noted the twisted rope hanging from the beam above her head. There were two windows, one each side of the front door, both boarded. A canvas bag was stashed against the left-hand side wall, bottled water standing next to it. A door behind her, she noticed, shut and bolted. Was Becky in there?
‘Is it because Matthew punched you?’ She turned back to him, noting the shotgun now leaning against the wall next to him. He’d checked it, before he’d turned his attention to the window. When he’d finished checking it, he’d aimed it at her.
‘Pop,’ he’d said, a sadistic smirk on his face. He was mad, madder than she could ever be, even with voices whispering away in her head. He was going to shoot Matthew, Ashley felt sure. The thought filled her with panic. The thought that Matthew might be forced to make a choice made her feel sick. She wouldn’t throw up though, she wouldn’t give that maniac the satisfaction, unless she was close enough to throw up over the fancy shoes he’d attempted to scrape the mud from, cursing as he did, muttering on about them being designer, and that it was all Adams’ fault. He was loco, that’s what he was, a complete psycho.
Still looking out of the window, he answered her, finally. ‘Let’s just say it’s payback time, sweetheart, and leave it at that.’
‘Is Becky all right?’ she ventured again.
Lowering his binoculars, he sighed audibly.
‘Did I say you could speak?’ He glanced briefly over his shoulder.
Assessing his tone not to be quite so aggressive, Ashley decided to push it a bit further. ‘Sorry,’ she said, and then coughed, demonstrably, and then coughed again hard.
Ashley watched him as he shot her another glance over his shoulder, clearly irritated, then she pressed her hand to her mouth and emitted another throaty cough.
‘For fuck’s sake!’ He whirled around, glaring at her, his flat grey eyes as hard as flint. ‘Have you got a death wish, or what?’
‘No!’ Ashley spluttered. ‘I’ve got a cough.’ Proving which, she coughed heartily again.
‘You,’ he growled, stepping towards her, ‘are seriously trying my patience.’
‘I’m sorry. I can’t help it,’ Ashley said, a hand now pressed to her chest.
‘Cough one more time and you will be sorry,’ he warned her, his eyes now drilling pointedly into hers. ‘Very.’
‘A drink of water might help,’ Ashley croaked, her gaze gliding towards the bottles.
‘Christ Al-bloody-mighty.’ He drew in an affronted breath and snorted it out through his nostrils. ‘She’ll be asking for room service next.’
Looking her over derisorily, he shook his head, and then grudgingly turned to fetch one of the bottles of water – and Ashley took her chance. Needing no bidding from Emily, who was urging her, Now, now, Ashley launched herself from the box, as he bent to pick up the bottle. She seized the gun, curled her fingers around the cold steel barrel of it, picked it up, and felt his loathsome hands on her, clutching at the back of her top, pulling it tight around her neck, his arm sliding around her, pressing hard against her throat.
Ashley’s head reeled, her heart thrummed wildly against her chest. She kicked out, ineffectually. His other hand snaked around her, closed around the gun.
‘Let it go,’ he rasped, so near to her ear she could feel his breath on her face, smell it, smell him, a cloying musky aftershave masking underlying body odour.
‘Let. It. Go,’ he repeated, increasing the pressure around her neck, forcing her head upwards, backwards into his shoulder.
‘When I snap your spine, you’ll hear it, sweetheart. Gristle, bone and sinew grinding and then, crrrrack.’ He gave her head another jerk upwards, lifted her until her toes scraped the floor.
‘Not a pleasant way to go. Have you ever seen a bird with its neck wrung?’
Ashley clawed against his restricting hold, one hand hopelessly trying to pull his arm away. Two hands. She let go. She let go of the gun, but still he wouldn’t let go of her.
‘Their eyes are vacant,’ he said, and paused as if reminiscing. ‘Wide open. In surprise, I used to think. My old man kept pigeons. Racing pigeons. I hated the fucking things, cooing and clucking and shitting all over the place. He loved ’em though. Told ’em he loved them. Kissed the bloody things, I swear to God he did. And then, if they didn’t fly right … click, clack, crack, dead pigeon. He made me do it once. Said it would toughen me up. I puked up afterwards, but the old bastard was right. I have no problem now breaking scrawny little birds’ necks.’
The last was sneered in her ear as he dropped her, and then shoved her away from him.

Other books in the DI Matthew Adams Series

AFTER SHE’S GONE – He’s killed your child and kidnapped your wife. What would YOU do?
SINS OF THE FATHER – What if you’d been accused of one of the worst crimes imaginable?
DEADLY INTENT – Tormented to the edge of sanity …

A member of the Crime Writers’ Association, Romantic Novelists’ Association and awarded a Red Ribbon by The Wishing Shelf Book Awards, Sheryl has several books published and two short stories in Birmingham City University anthologies, where she completed her MA in Creative Writing.

Recommended to the publisher by the WH Smith Travel fiction buyer, Sheryl’s contemporary fiction comes to you from multi-award winning Choc Lit.

You can find out more about Sheryl by reading our interview – ‘The Writing Life of: Sheryl Browne‘